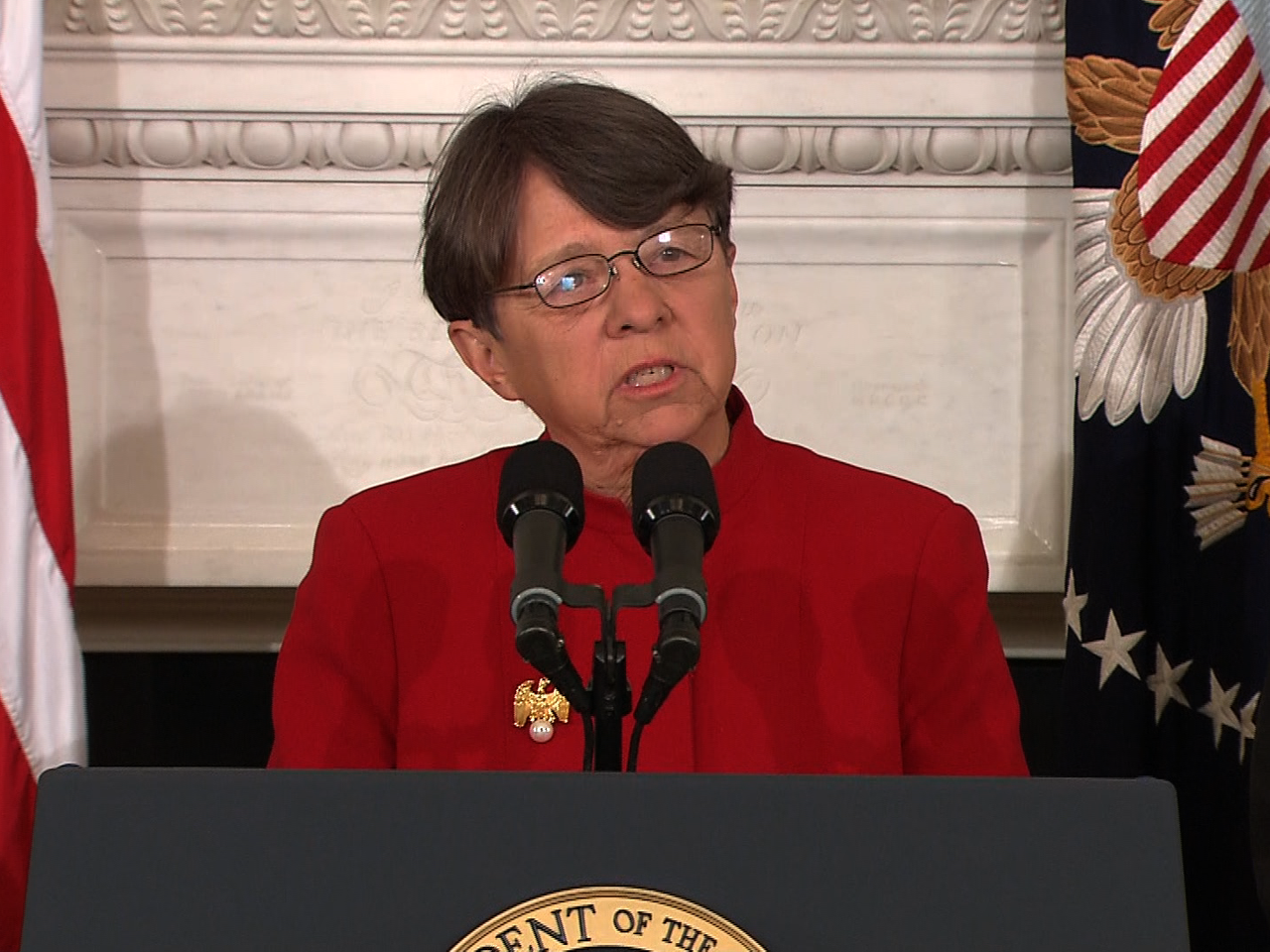 (MoneyWatch) By naming a woman known as one of America's toughest federal prosecutors to head the Securities and Exchange Commission, President Obama seems to be sending a clear signal to Wall Street that it's no longer business as usual. Cynics can be forgiven for saying such a move comes four years too late.

White was the U.S. attorney in Manhattan for almost a decade, and before that an assistant U.S. attorney working with then U.S. Attorney Rudolph Giuliani. She prosecuted terrorists, including the perpetrators of the first World Trade Center Bombings in 1993, mobsters such as John Gotti and financial sector fraudsters.

White has also worked the other side of Wall Street. She has been serving as head of litigation at Debevoise & Plimpton, a top corporate law firm where she has represented clients such as Ken Lewis, the former CEO of Bank of America (BAC). Her husband, John White, is himself no stranger to the revolving door: He headed the SEC's corporate finance section from 2006 to 2008 under former SEC Chairman Christopher Cox and is now a partner at another top corporate law firm, Cravath, Swaine & Moore.

White would replace Elisse Walter, the acting SEC chief who is serving out the rest of former SEC chair Mary Schapiro's term.

Assuming White is confirmed, she will take the helm of an organization that many critics have derided as neutered and that did little during and after the massive securities frauds that brought the world's economies to their knees. There have been numerous high-profile settlements with big banks over mortgage fraud and other securities violations, but those were criticized as little more than costs of doing business for the big banks. The agency also was nowhere to be seen during the Enron, WorldCom or Bear Stearns disasters, as well as when Bernie Madoff perpetrated the largest Ponzi scheme in history.

Against that backdrop, White's appointment is getting guardedly positive reviews from those who have been critical of the SEC.

"She was a tough prosecutor and she was a tough defense attorney, so presumably that's just a personality trait that she will bring to the role of SEC chairman," said Barbara Roper, director of investor protection at the Consumer Federation of America. "We could use someone who is tough and determined and aggressive. The SEC is too timid about how it does its job, too quick to buy into industry arguments and too afraid of the inevitable criticism from congressional Republicans if they are in the least bit aggressive. There needs to be a more vigorous, creative and aggressive pro-investor mindset at the SEC."

But being a prosecutor is one thing, and being a top regulator is another. In the near term, the Commission faces many huge decisions. The Dodd-Frank financial reforms, designed in part to limit the risks big banks can take, and the so-called JOBS act, intended to bolster the ability of small businesses to raise capital, have been signed into law. But the agency has yet to write most of the rules spelling out exactly how the laws will operate. In that sense, no matter how tough a prosecutor White has been, her lack of experience as a regulator could hinder her leadership.

"Over the next few years, the SEC will really determine the shape of the capital markets for some time to come, and we're going to have a chairman who is somewhat of a mystery in how she makes those decisions," Roper said.

Meanwhile, White will be facing pressure from the most powerful and well-funded financial companies in the world to go easy, and working for an administration that has shown little appetite to take on those institutions in a significant way.

Yet Neil Barofksy, a senior fellow at the New York University School of Law who was the Special Inspector General of the government's bailout program, said he thinks White will make a difference. "I expect she will be unfazed by the intimidation tactics of the usual suspects in Washington -- be they antagonistic members of Congress, captured officials from other parts of government or those who so relentlessly push the agendas of the largest banks," said Barofsky, a strong critic of what he considers the Obama administration's tepid efforts at enforcement. "For an administration that has often swung and missed in its appointments, today is a very good day."

Added a former Debevoise lawyer who worked with White. "If she's given license to go after securities bad guys, she might well take it, though she would have a lot of pressure, including from the Senate, to use a light hand," he said. "She's done enough securities cases to know the problems of deportment within that industry; she's mainstream enough to be approved and at least offers the possibility of much better regulation -- whether or not that comes true."