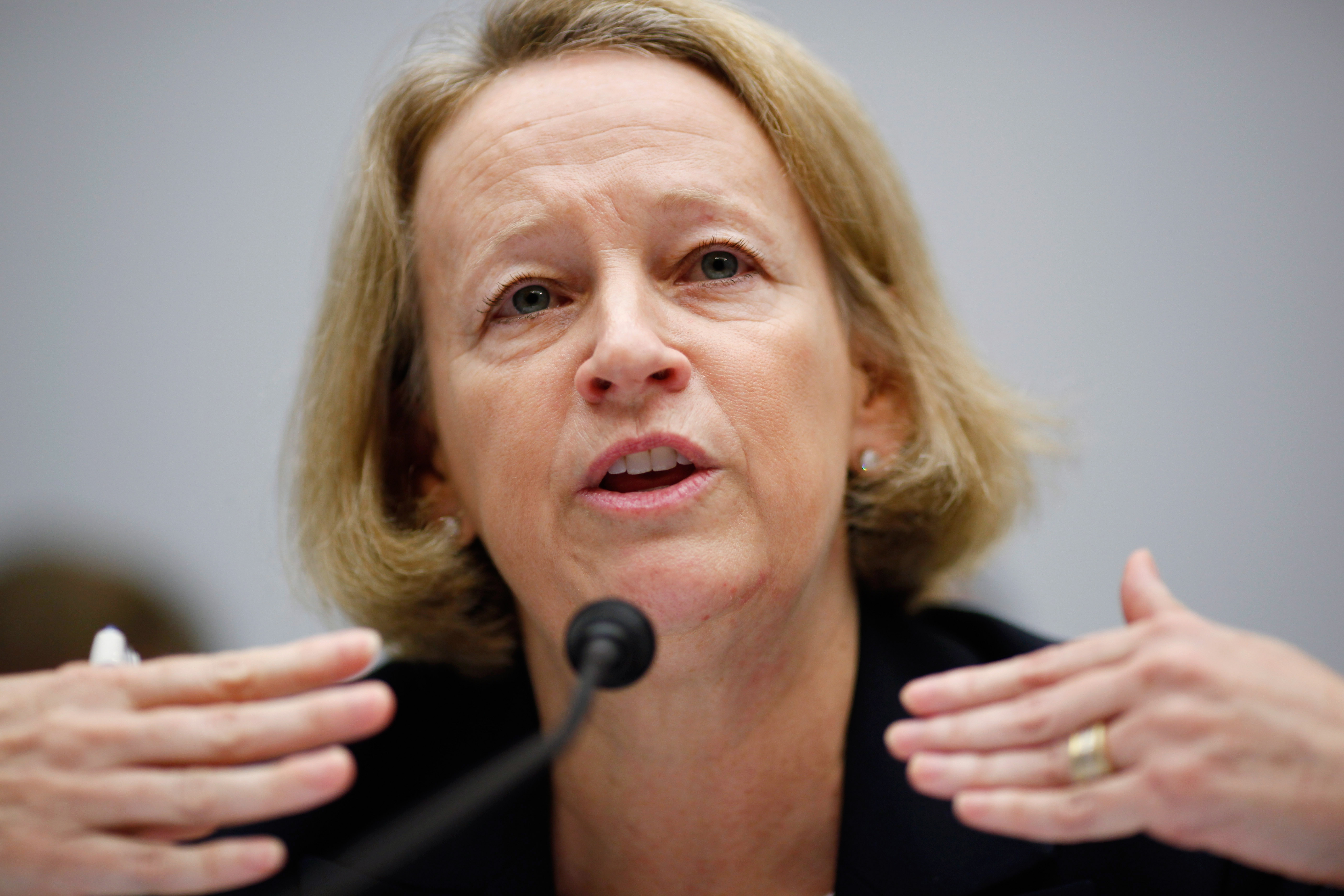 WASHINGTON Mary Schapiro will step down as chairman of the Securities and Exchange Commission next month after a tumultuous tenure in which she helped lead the U.S. government's regulatory response to the 2008 financial crisis.

Schapiro will leave Dec. 14, the SEC said Monday. She was appointed by President Barack Obama in the midst of the worst financial crisis since the Great Depression. She took over after the agency failed to detect the Bernard Madoff Ponzi scheme.

The president issued a statement Monday morning, saying "I want to express my deep gratitude to Mary Schapiro for her steadfast leadership at the Securities and Exchange Commission. When Mary agreed to serve nearly four years ago, she was fully aware of the difficulties facing the SEC and our economy as a whole. But she accepted the challenge, and today, the SEC is stronger and our financial system is safer and better able to serve the American people - thanks in large part to Mary's hard work."

Schapiro is credited with helping reshape the SEC after it was accused of failing to detect reckless investments by many of Wall Street's largest financial institutions before the crisis. And she led an agency that brought civil charges against the nation's largest banks.

But critics argued that she failed to act aggressively to charge leading individuals at those banks who may have contributed to the crisis. Consumer advocates had questioned Schapiro's appointment because she came from the securities industry's self-policing organization, the Financial Industry Regulatory Authority (FINRA).

According to the White House, the president also designated Elisse Walter as SEC chairman following Shaprio's departure. Walter is an SEC commissioner, appointed by President George W. Bush. Before her appointment, she held a senior leadership position at FINRA.