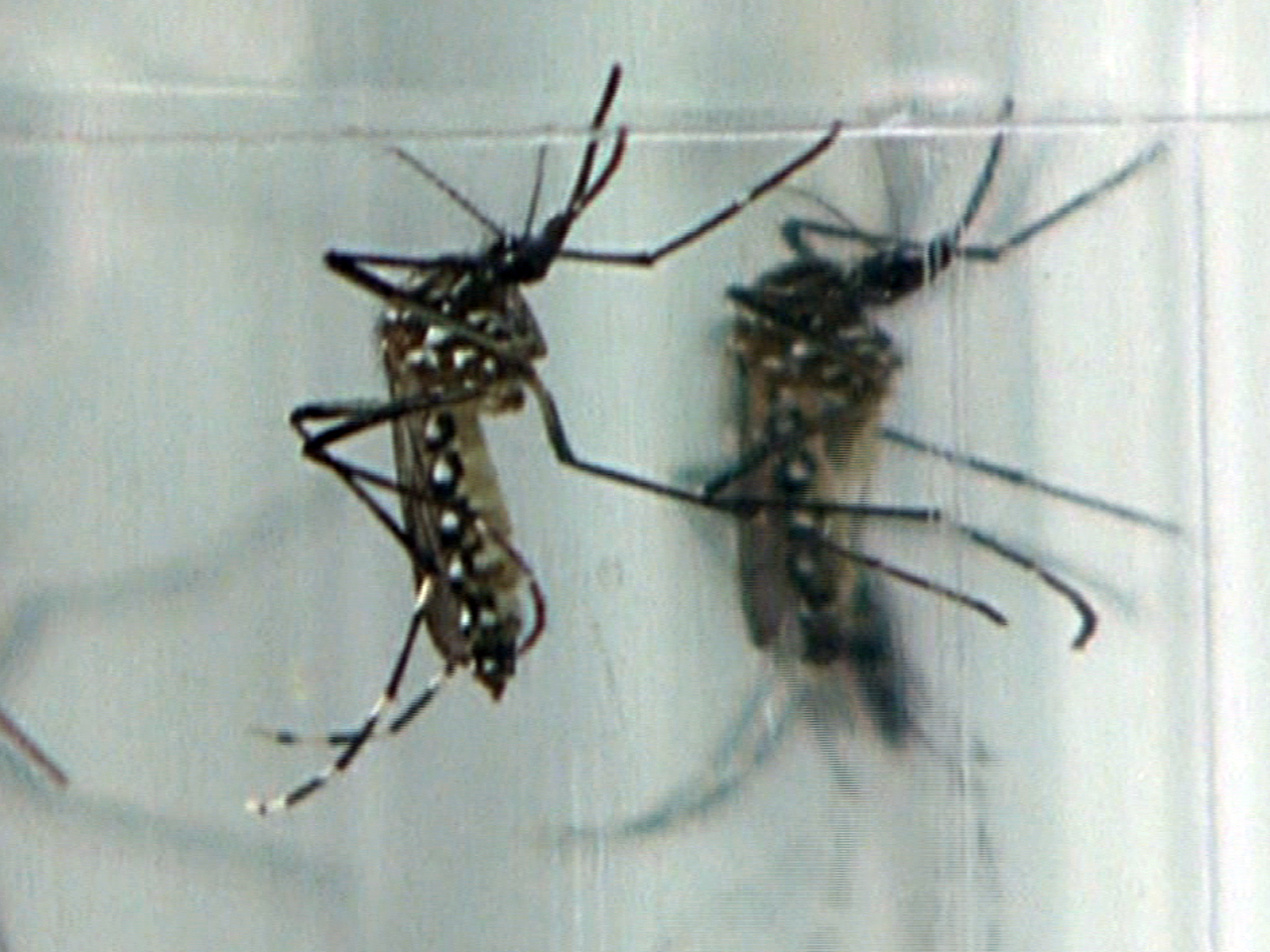 (CBS News) The West Nile virus outbreak of the summer of 2012 is on track to be the worst ever in the United States. Health officials said earlier this week that there have been 1,118 reported cases of the disease reported in 38 states, including 41 deaths.

Forty-seven states have seen some sort of West Nile virus activity, be it in people, birds or mosquitoes; the only exceptions are Alaska, Hawaii and Vermont. Since the first time West Nile Virus was detected in 1999, there has never been as many reported cases through the third week in August.

Dr. Dr. Lyle Peterson, director of the division of vector-borne infectious diseases at the Centers for Disease Control,told reporters on Wednesdaythat the country is in the midst of "one of the largest West Nile outbreaks ever seen."

But why is that? Why are some areas, such as Dallas County in Texas, being hit especially hard?

Texas accounts for about half of cases in the entire country. Dallas County alone has 270 cases of West Nile virus, with 11 deaths. Previously, from 2003 through 2011, Dallas County only saw 10 total West Nile deaths.

"We don't really know why it's worse this year than in previous years" Peterson said Wednesday. However he noted that the unseasonably hot weather from the mild winter and early spring and summer may play a role.

Three experts interviewed by HealthPop agree that this year's weather is likely a driving force in the current outbreak.

Dr. David J. Dausey, chair of the public health department at Mercyhurst University in Erie, Pa. and director of the Mercyhurst Institute for Public Health, said higher temperatures and fluctuations between rainfall and drought provide ideal conditions that have biological impact on mosquitoes, thereby increasing the chances of a West Nile outbreak.

He contends that the mild winter the country experienced, followed by the early spring, extended the mosquito season past when they typically would have died in the winter. That allowed mosquitoes to repopulate themselves quickly come spring. Also, for a spring and summer that's seen high temperatures and drought across the country, the warm weather speeds up the life-cycle of the mosquito, allowing them to reach a biting age quicker, Dausey said.

High temperatures also speed up the multiplication of West Nile virus within a mosquito, said Dausey, and humidity actually stimulates them to bite. At the same time, high temperatures are driving birds into populated, urban areas in search of water, with the mosquitoes following them closely behind. All these conditions, he said, may be contributing to the 2012 West Nile virus outbreak.

"For us to sit around and say it's not weather, is I think, foolish."

But why is Texas experiencing such an influx in cases?

"Well in Texas, the severity of the drought was probably greater than anywhere else in the United States," said Dr. B. Graeme Lockaby, associate dean of research and professor at the School of Forestry & Wildlife Sciences at Auburn University in Alabama. His team just received a $240,000 grant to study the link between poor water quality and increases in the mosquito populations responsible for West Nile Virus, known as the Culex mosquito. He hopes the research will lead to improvements in risk prediction models for a West Nile outbreak.

Lockaby said during a drought, there is a greater likelihood to have polluted water because, as water evaporates, pollutants remain. Therefore in an area like Texas where there are ponds and urban streams that may be polluted to begin with, the water reduction and subsequent pollutant and sewage increases stimulate growth of nutrient-rich bacteria that provide conditions where Culex mosquitoes thrive.

Dausey concurs, noting that on the surface it may look like there's less dry water. But underground sewers and catch basins that contain stagnant water also provide the nutrient-rich conditions mosquitoes seek. He also speculates that the economic and housing crisis may play a role in some urban areas, if people have abandoned homes with swimming pools or other sources of stagnant water, allowing mosquitoes to breed.

What may be more frightening is that drought conditions may also lead to an increase in other mosquito vector-diseases, said Lockaby.

Dausey agreed that in the future Americans may see malaria resurface, for which the country is likely unprepared. He said officials should have been able to predict a West Nile virus outbreak this year because of this interaction between mosquito biology and the weather, and preventative efforts should have been in place all year.

"Everyone is caught off guard," Dausey said of the outbreak. "To me, it's not a big shocker at all."

Dr. Clifford Bassett, an allergist and immunologist in New York City who is also a clinical assistant professor of medicine, at NYU Langone School of Medicine, highlights that New York City has a program in place to monitor mosquito and West Nile virus trends each year.

"Although mosquitoes are most active in New York City from May through October, our strong mosquito prevention, surveillance and control efforts are year-round activities," the city's Health Department wrote of the program.

"And it works, because we're doing better than other areas," said Bassett, who researchers mosquitoes as part of his allergy practice, which treats people who are allergic to insect bites.

Bassett emphasized the call that health officials have been making for Americans to wear insect repellants with an EPA-registered active ingredient such as DEET.

He said compliance with this advice is problematic because some Americans might not take their risk seriously, given that 80 percent of people infected won't show any symptoms while the other 20 percent may experience a form of the disease that presents as fever and flu-like symptoms.

But the major risk lies in the one in 150 people with West Nile will develop severe neuroinvasive illnesses that may lead to meningitis, encephalitis, paralysis, coma and death. Bassett said by taking measures such as wearing the insect repellant or wearing long clothes at dusk and dawn during prime mosquito-bite hours, people may greatly reduce their risk this summer during mosquito season.

That's especially important because the season, which typically ends in September, has yet to even peak.

"We're not out of the woods yet," Bassett said.