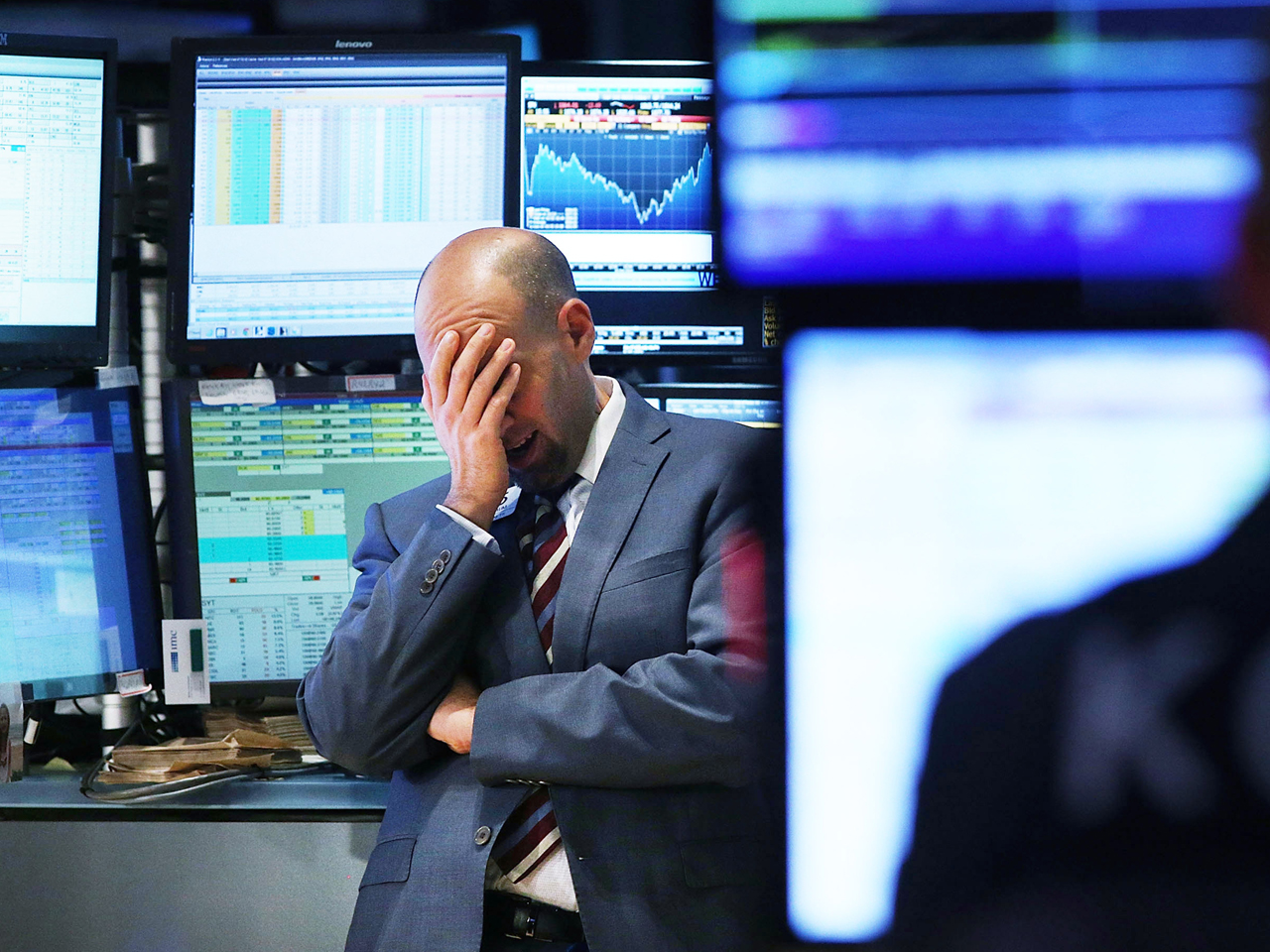 Stocks nearly fell into the void on Wednesday as the Dow Jones Industrial Average, at its worst, was down 460 points as it slid below the 16,000 level for the first time since February. A surge of buying saved the day, pushing the market off its lows to finish with a loss of 173 points, or 1.1 percent.

Trading volume was double the recent level as a flurry of activity and volatility hit the tape. The CBOE Volatility Index (VIX) hit levels not seen since 2011, as investors sought put option protection against additional declines. The 10-year Treasury bond yield dropped as low as 1.87 percent in what was the biggest one-day move for the benchmark rate since March 2009.

Aside from the ongoing scare over the spread of Ebola, there was evidence this morning that the pressure hitting overseas economies has finally arrived on our shores, as U.S. retail sales contracted last month for the first time since January's severe winter weather kept shoppers at home. Also weighing on sentiment were new efforts by the U.S. Treasury to limit "tax inversion" M&A deals as well as disappointing Q3 results from the big banks, with Bank of America (BAC) losing 4.6 percent.

But it was the relatively mild 1.2 percent drop in Apple (AAPL) that I want to talk about because of what it indicates about the health of the stock market going forward. Spoiler alert: It's not good.

You see, although it seems like stocks are suddenly falling from the sky like a meteor without warning and without control, this selloff really started back in July -- right before the Independence Day holiday weekend to be exact, when the Dow first moved over the 17,000 level. Since then, sector-by-sector, from the smallest stocks to the largest, from foreign to domestic issues, the market has rolled over.

Just look at the way the Russell 2000 Small Cap Index double-topped in March and July, or the way energy stocks have been on the slide since July.

The selling has spread, like a disease, to other areas including most recently semiconductor stocks and financials.

Big-tech stocks -- companies that the average American knows about -- were pretty much all that was left heading into Wednesday's session: Stuff like Apple, Twitter (TWTR), and Netflix (NFLX). The stuff that was trading just off of their highs and had not yet been swamped by sell orders.

With Apple dropping below its three-month trading range, moving decisively away from its 50-day moving average, it's a sign that the market selloff has reached its final, most gut-wrenching phase: Full-scale liquidation. This is when losses in other holdings results in margin calls and forced selling for investors and traders on margin.

This is when capitulation sets in, as fear overwhelms greed and emotion conquers reason. People just want out of everything.

If Apple's decline worsens -- perhaps on disappointment with the expected iPad lineup refresh announcement on Thursday -- we're looking at the most serious pullback since January. Moreover, the stock hasn't moved below its 200-day moving average in any significant way since late 2012.

With Netflix down nearly 26 percent after hours after a big forward guidance cut, Apple increasingly finds itself standing alone against the rising tide.