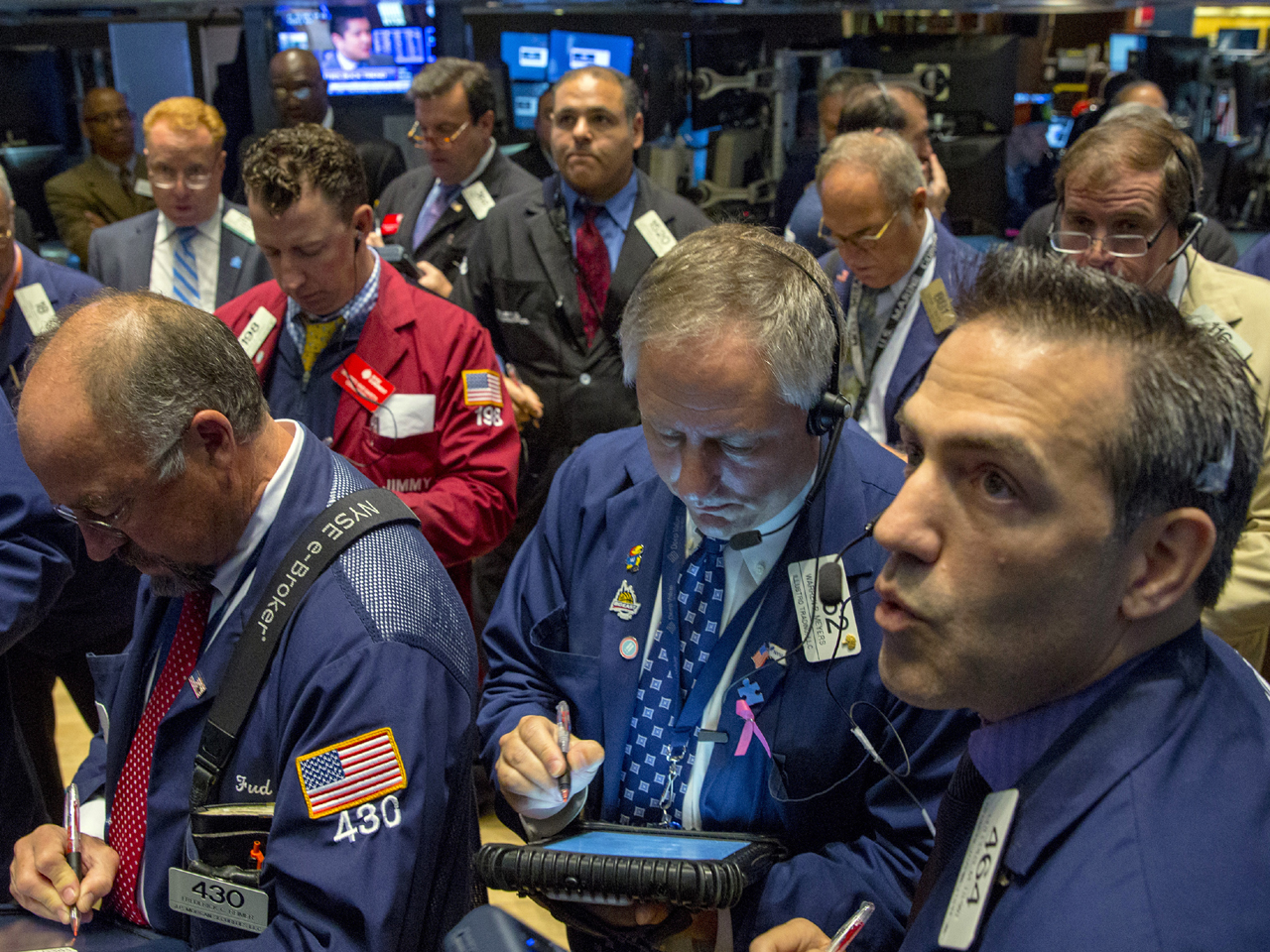 A month-long drop in U.S. stocks intensified Wednesday, when the Dow Jones industrial average at one point lost almost 460 points.

Traders dumped risky assets and parked their money in investments seen as relatively safe, such as U.S. government bonds. That pushed the yield on the 10-year Treasury note briefly below 2 percent, the lowest level in more than a year.

"It's a function of the U.S. being the best house in a bad neighborhood," said Terry Sandven, chief equity strategist at U.S. Bank Wealth Management. "There's still uncertainty about economic growth, primarily on a global basis."

Stocks plunged at the open of trading, losing 369 points in the first 10 minutes. Some of those losses were recovered in late morning trading, before the Dow sagged nearly 460 points.

Until late September, the market had moved higher for most of 2014 as U.S. corporate earnings kept up record growth and the economy strengthened.

Stocks, though, have been declining for nearly a month as investors have grown increasingly nervous about slowing global growth. While the U.S. economy remains healthy, investors are concerned that earnings growth will fade this year and next because of the slowdown in Europe and, to a lesser degree, China.

Investors got discouraging U.S. economic news early Wednesday, when the Commerce Department reported that retail sales declined 0.3 percent in September from the previous month, and a snapshot of manufacturing activity didn't bolster optimism.

Wednesday's slide brings the stock market closer to a correction. That happens when a benchmark index like the S&P 500 falls 10 percent or more from a recent peak.