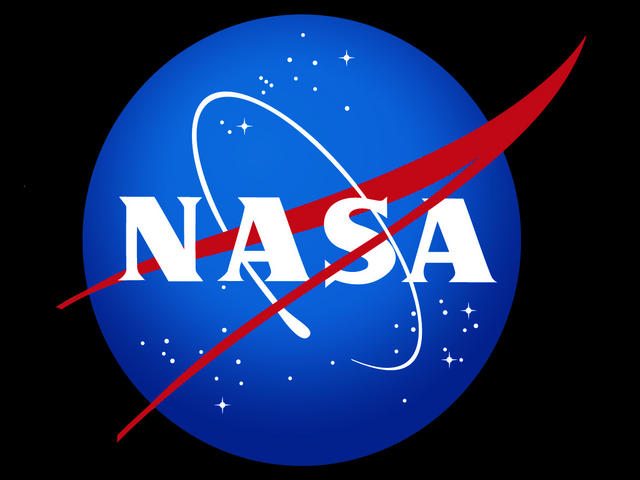 The Obama administration is requesting $17.7 billion for NASA in its fiscal 2014 budget proposal, including $105 million to begin laying the groundwork for a proposed mission to robotically capture a small asteroid and move it into high Earth orbit to serve as a target for manned sample return visits in the 2020s.

The project is focused on expanding efforts to identify asteroids that might represent a potential threat to Earth, helping scientists learn more about their composition and giving engineers insights into what might be needed to divert an asteroid on a collision course with Earth.

"With this budget, NASA will use game-changing technologies advanced by the administration to develop the first ever mission to identify, capture and relocate an asteroid," said NASA Administrator Charles Bolden.

"This mission raises the bar for human exploration and discovery, helps us protect our home planet and brings us closer to a human mission to an asteroid. It brings together the best of NASA's efforts in all areas to achieve the president's goals in a more cost effective and potentially quicker way."

But the president's budget request assumes changes to mandatory budget cuts known as sequestration. If sequestration remains in effect in its current form, NASA's portion of the budget could be reduced by nearly $1 billion, according to the Coalition for Space Exploration.

"In the event of further sequestration budget constraints, it remains unclear whether NASA would have enough funds to accomplish current programs, yet alone newly proposed initiatives," the space advocacy group said in a statement.

The asteroid retrieval mission calls for sending a robotic spacecraft to a targeted 20- to 30-foot-wide asteroid around the end of the decade. Equipped with a large container-like framework on the front end, the spacecraft would slowly scoop up the asteroid and then maneuver it back to a high Earth orbit.

If all goes well, astronauts could visit the captured asteroid in the early 2020s using NASA's Orion crew capsule and the agency's new Space Launch System heavy lift rocket. The first manned flight of the Orion-SLS system remains targeted for 2021.

"This mission allows us to better develop our technology and systems to explore farther than we've ever been before," Bolden said. "That means to an asteroid and to Mars, places that humanity has dreamed about as long as I've been alive but had no hope of ever attaining. We're on the threshold of being able to tell my kids and my grandkids that we're almost there."

The asteroid capture mission is far from certain, but supporters of the plan say the required work to improve asteroid detection and development of new propulsion technology would pay dividends across the manned and unmanned space arenas while providing important insights for planetary defense.

The threat posed by asteroids gained worldwide attention in February when a 150-foot-wide body passed within just 17,000 miles of Earth the same day another small asteroid exploded in the atmosphere above Russia.

"This asteroid initiative brings together the best of NASA's science, technology and human exploration efforts to achieve the president's goal of sending humans to an asteroid by 2025," Bolden said earlier in a statement. "We will use existing capabilities such as the Orion crew capsule and Space Launch System rocket, and develop new technologies like solar electric propulsion and laser communications, all critical components of deep space exploration."

NASA is initiating a series of engineering meetings over the summer to better estimate the cost of the proposed project. But agency officials said they believe it will be less than the $2.65 billion estimate from an independent study group.

Answering questions at a budget briefing held by the Office of Science and Technology Policy, Bolden said the new budget includes $40 million to improve asteroid detection and "we feel very confident that not only will we be a step closer to putting humans with an asteroid and getting humans to Mars, but we will finally answer the question of can humans do something to protect the planet?"

The International Space Station accounts for $3 billion of the NASA total, including funds to pay for U.S. seats on Russian Soyuz spacecraft for near-term flights to and from the lab complex.

At the same time, the administration is requesting $822 million to continue development of domestic commercial manned spacecraft. The goal is to end reliance on the Russians for routine trips to and from low-Earth orbit.

Assuming full funding, the first commercial manned flights to the station would be expected in 2017.

"We are encouraged by the support shown for the Commercial Crew Program, which is now in a critical phase as complete crew transportation systems go through design, build and testing," Michael Lopez-Alegria, president of the Commercial Spaceflight Federation, said in a statement.

But Bolden made it clear any significant cuts to the commercial manned space budget will push station flights beyond 2017.

"In our calls to our members leading up to today, we made it very clear, $822 million is the bottom line for us to be able to deliver on the scheduled date," Bolden said. "We cannot do it in 2017 if we go below $822 million.

"As we told the members this week, our intent is to be up on the Hill, working with them, looking at our budget, trying to help them understand that we think we have a way to get there without taking anything from other programs."

NASA's 2014 budget request includes $2.7 billion for continued development of the Space Launch System heavy lift rocket and the Orion multi-purpose crew vehicle. The new rocket remains scheduled for its initial test flight in 2017 while the Orion program hopes launch unmanned test flights in 2014 and 2017. A manned flight atop the SLS booster is planned for 2021.

"This budget keeps commercial cargo resupply to the International Space Station on track and provides the necessary resources to launch American astronauts from U.S. soil within the next four years," Bolden said.

"New technologies are the underpinning of everything we do. And this budget continues investments in the heavy lift launch vehicle and the Orion crew vehicle that will take astronauts into deep space. It also provides for continued development of space technologies, such as solar electric propulsion that will power tomorrow's missions."