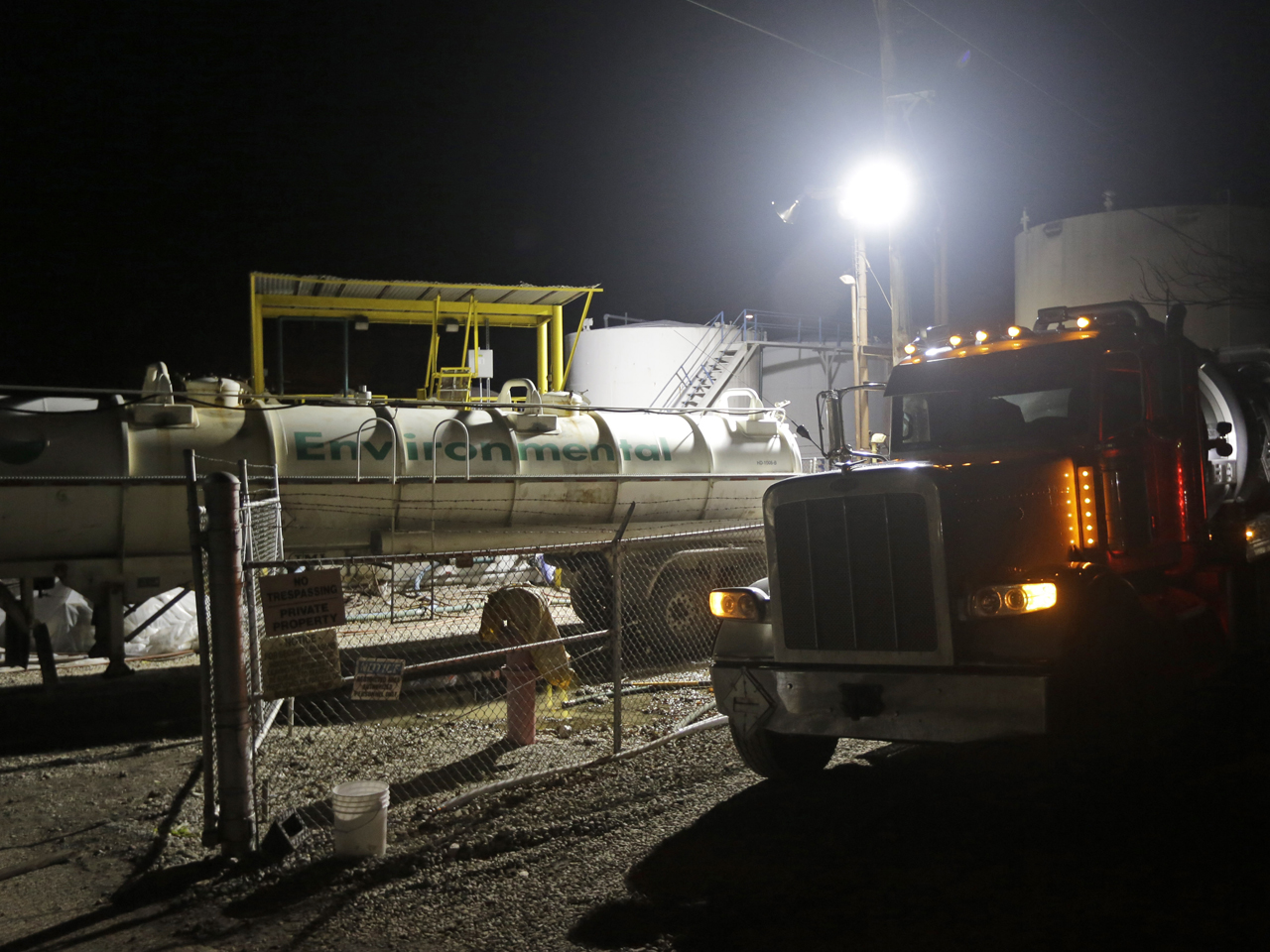 CHARLESTON, W.Va. -- The ban on tap water for parts of West Virginia was lifted on Monday, ending a crisis for some of the 300,000 people who were told not to drink, wash or use the water after a chemical that spilled into a river tainted the water supply.

Gov. Earl Tomblin made the announcement at a news conference, five days after people were told to use the water only to flush their toilets.

"The numbers we have today look good and we are finally at a point where the 'do not use' order has been lifted," he said.

Officials were lifting the ban in a strict, methodical manner to help ensure the water system was not overwhelmed by excessive demand, which could cause more water quality and service issues. Customers were asked to flush out their systems before using the water again. Officials cautioned the water could still have an odor, but they said it was safe.

The process wasn't announced as it started because McIntyre said it was important that water pressure be maintained during the entire process.

McIntyre said "it could still be days before we have the entire water system cleared. It's a complex system."

Downtown Charleston, the state capital and its largest city, was the first area where officials cleared people and businesses to use tap water again.

Restaurants, day-care centers and schools have closed during the emergency, and there were still questions about how the leak occurred and whether the company, Freedom Industries, took too long to tell state officials there was a problem.

Officials expect to gradually lift the ban for other customers farther away from Charleston. The water crisis started Thursday when a chemical used in coal processing leaked from a plant into the nearby Elk River.

Complaints came in to West Virginia American Water about a licorice-type odor in the tap water. The source was the chemical 4-methylcyclohexane methanol that leaked out of a 40,000 gallon tank at a Freedom Industries facility. State officials said they believe about 7,500 gallons leaked from the tank. Some of the chemical was contained before flowing into the river and it's not clear exactly how much entered the water supply.

Federal authorities, including the U.S. Chemical Safety Board, opened an investigation into the spill.

Tests have showed that levels were consistently below a toxic threshold, and in some samples, there was no trace of the chemical at all. Officials were also keeping a close eye on water downstream to make sure there is no further impact.

Some people have put plastic bags around faucets so that they were reminded not to use the water. Others have left town to take a shower and find an open restaurant.

Water distribution centers have handed out bottled water and trucks with large tanks of water have filled up containers for people to take home. So far, only 14 people exposed to the contaminated water were admitted to the hospital, and none were in serious condition.

The chemical, even in its most concentrated form, isn't deadly. However, people were told they shouldn't even wash their clothes in affected water, as the compound can cause symptoms ranging from skin irritation and rashes to vomiting and diarrhea.

Lawmakers were to return to the Capitol on Monday after Friday's session was cut short because there wasn't any water. Their work now will likely include a look at how Freedom Industries flew under the regulatory radar.

And there are signs that Freedom Industries did not respond appropriately. A state law requires immediate reporting, but Huffman said state environmental workers were on the spill site at 11:15 a.m. Thursday because of a call from the water company - not Freedom Industries.

Freedom officials were at the spill site when state officials arrived, yet they still did not actually report the spill until nearly an hour later.

"There's no question that they should have called earlier," Huffman said.

The company has said it removed the remaining chemical from the site and took it elsewhere, and the removal of other chemicals was ongoing. Company president Gary Southern held a brief news conference Friday night, but otherwise company officials have declined to comment.

"We have mitigated the risk, we believe, in terms of further material leaving this facility," he said then.

Online maps and automated phone calls will let water customers know when their areas have been cleared. Residents will also be instructed on how to flush their homes of any contaminated water.

The coal and chemical industries are major forces in the state's economy, providing thousands of jobs, but they also pose risks of spills and mine disasters. West Virginia is the second-largest coal producing state, behind Wyoming, and the state has about 150 chemical companies. The area where the spill happened is known as Chemical Valley.