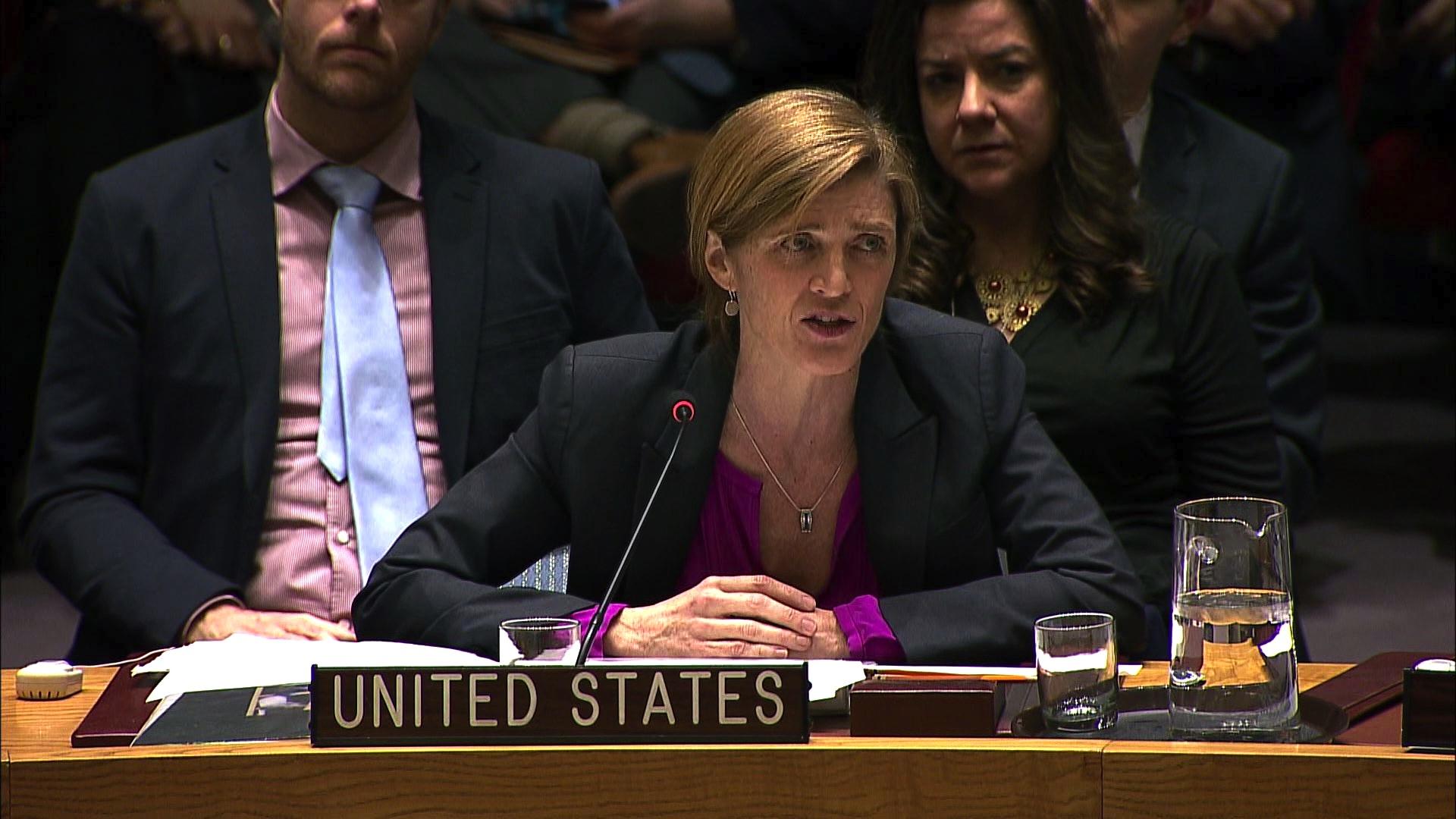 UNITED NATIONS -- The U.S. green light that allowed the U.N. Security Council to condemn Israeli settlements in the West Bank and east Jerusalem could spur moves toward new terms to end the Israeli-Palestinian conflict. But it also poses dangers for the United Nations with the incoming Trump administration and may harden Israel’s attitude toward concessions.

The Obama administration’s decision to abstain and allow the U.N.’s most powerful body to approve a long-sought resolution calling Israeli settlements “a flagrant violation under international law” was a sharp rebuke to a longstanding ally and a striking rupture with past U.S. vetoes.

U.S. Ambassador Samantha Power said “it is because this resolution reflects the facts on the ground - and is consistent with U.S. policy across Republican and Democratic administrations throughout the history of the state of Israel - that the United States did not veto it.”

She cited a 1982 statement by then-President Ronald Reagan that the United States “will not support the use of any additional land for the purpose of settlements” and that “settlement activity is in no way necessary for the security of Israel.”

The Security Council vote Friday, however, was anything but routine for Washington, which traditionally vetoes all resolutions related to the decades-old Israeli-Palestinian conflict on grounds that differences must be solved through negotiations. It was the first resolution on the conflict approved during President Barack Obama’s nearly eight years in office and shone a spotlight on his icy relationship with Israeli Prime Minister Benjamin Netanyahu.

The U.S. decision to abstain on the 14-0 vote followed months of intensely secret deliberations in Washington, a spate of fresh Israeli settlement announcements that sparked exasperation and anger from American officials, and recent attempts by Israel’s government to have parliament legalize thousands of homes built on privately owned Palestinian land.

After Egypt suddenly postponed a scheduled vote on the resolution Thursday, reportedly under pressure from Israel and supporters of U.S. President-elect Donald Trump, four new sponsors stepped up and pushed it through - Malaysia, New Zealand, Venezuela and Senegal, each representing a different region and reflecting the wide support for the measure.

Trump demanded that Obama veto the resolution and tweeted after the vote, “As to the U.N., things will be different after Jan. 20th” - when Trump takes office.

It would be virtually impossible, however, for Trump to overturn the resolution. It would require a new resolution with support from at least nine members in the 15-member Security Council and no veto by one of the other permanent members - Russia, China, Britain or France, all of whom supported Friday’s resolution.

Republicans, who control Congress, immediately threatened consequences. Sen. Lindsay Graham, who heads the Senate panel in charge of U.S. payments to the U.N., said he would “form a bipartisan coalition to suspend or significantly reduce” funding. He added that countries receiving U.S. aid could also be penalized for supporting the resolution.

Under U.N. rules, failure to pay dues leads to the loss of voting privileges in the General Assembly.

The vote on settlements sparked behind-the-scenes discussion in the usually divided Security Council on what else might be achieved on the Israeli-Palestinian issue while Obama is still in the White House.

New Zealand has been pressing for the council to consider a resolution that would set out the parameters for a settlement of the conflict, and its draft ideas remain on the table.

But Israel’s U.N. Ambassador Danny Danon warned the council after the vote that the resolution would not spur peace efforts.

Israeli Prime Minister Benjamin Netanyahu immediately retaliated against some of the nations that proposed Friday’s resolution. He recalled his nation’s ambassadors to New Zealand and Senegal for consultations, canceled a planned January visit to Israel by Senegal’s foreign minister and ended Israeli aid programs to the West African nation.

“Israel rejects this shameful anti-Israel resolution at the U.N. and will not abide by its terms,” Netanyahu’s office said in a statement.

The Israeli leader blamed Obama for failing to “protect Israel against this gang-up at the U.N.” and even colluding with its detractors. He said, “Israel looks forward to working with President-elect Trump and with all our friends in Congress, Republicans and Democrats alike, to negate the harmful effects of this absurd resolution.”

By contrast, chief Palestinian negotiator Saeb Erekat hailed the result as a “victory for the justice of the Palestinian cause.” He said Trump’s choice was now between “international legitimacy” or siding with “settlers and extremists.”

Riyad Mansour, the Palestinian U.N. ambassador, urged the Security Council to “stand firm by this decision” and “not be cowed by negative threats or spin.”