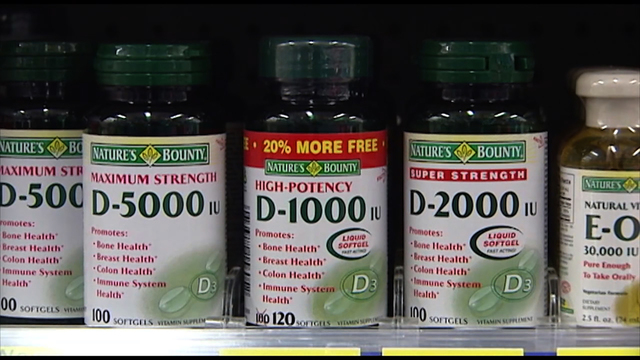 A review of Vitamin D supplements finds they may not bring the health benefits pill-takers had been hoping for.

"The take-away message is that there is little justification currently for prescribing vitamin D to prevent heart attack, stroke, cancer, or fractures in otherwise-healthy people living in the community," lead study author Dr. Mark Bolland, a researcher at the University of Auckland, New Zealand, told Medscape.

This is the latest study to call into questions whether supplements, which account for a $28 billion industry in the United States, can bring health benefits to healthy adults.

In December 2013, a controversial review of multivitamin studies also found healthy people likely won’t see protective benefits and heart disease and cancer after taking multivitamins. The authors of a corresponding editorial urged consumers to not “waste” their money on multivitamin.

Vitamin D is produced in the body when it is exposed to sunlight. It is found naturally in foods like fatty fish, beef liver, cheese and egg yolks, but also in dairy and grain products that are fortified with the vitamin. It is often associated with bone health.

Most doctors agree, however, not enough vitamin D can be a bad for health. A deficiency may lead to bone pain and muscle weakness, increased risk for death from heart disease, cancer, cognitive impairment in older adults and severe asthma in kids, WebMD notes.

But for healthy people, the latest review suggests supplement-takers won’t prevent these conditions.

An estimated 50 percent of the U.S. population takes vitamin D supplements, according to the author of a commentary published with the new review, in the Jan. 23 issue of The Lancet Diabetes & Endocrinology.

For the study, researchers reviewed 40 scientifically rigorous studies that looked at whether taking vitamin D in supplement form would bring health benefits. The studies were called randomized controlled trials, which are considered the “gold standard” in research because they control for other variables that may influence the results, instead looking for cause and effect.

They found no protections against heart attack, stroke, cancer and overall fracture risk. They did find, however, an increased risk for hip fracture among people taking vitamin D supplements.

The researchers also conducted what’s called a “futility analysis,” which analyzes the likelihood that future studies will provide enough evidence to overturn the findings in this study. They concluded future vitamin D studies would likely not sway the results to show the pills were beneficial against fighting disease.

"Available evidence does not lend support to vitamin D supplementation and it is very unlikely that the results of a future single randomized clinical trial will materially alter the results from current meta-analyses," the authors wrote.

"The scientific term for it is 'silly,'" ays Michael Holick, a professor of medicine at Boston University, told the paper. "There's nothing new here."

In October 2013, a separate review published in The Lancet found vitamin D supplements would not boost bone health and prevent osteoporosis in healthy adults.

Recent studies though have found vitamin D may however help people with certainly diseases, including multiple sclerosis and fibromyalgia.

The author of an accompanying editorial, published in the same journal issue, called for stricter labeling on vitamin D supplements, given the reported increased fracture risk.

"Without stringent indications -- i.e. supplementing those without true vitamin D insufficiency -- there is a legitimate fear that vitamin D supplementation might actually cause net harm, " wrote Professor Karl Michaëlsson, a researcher at Uppsala University in Sweden.