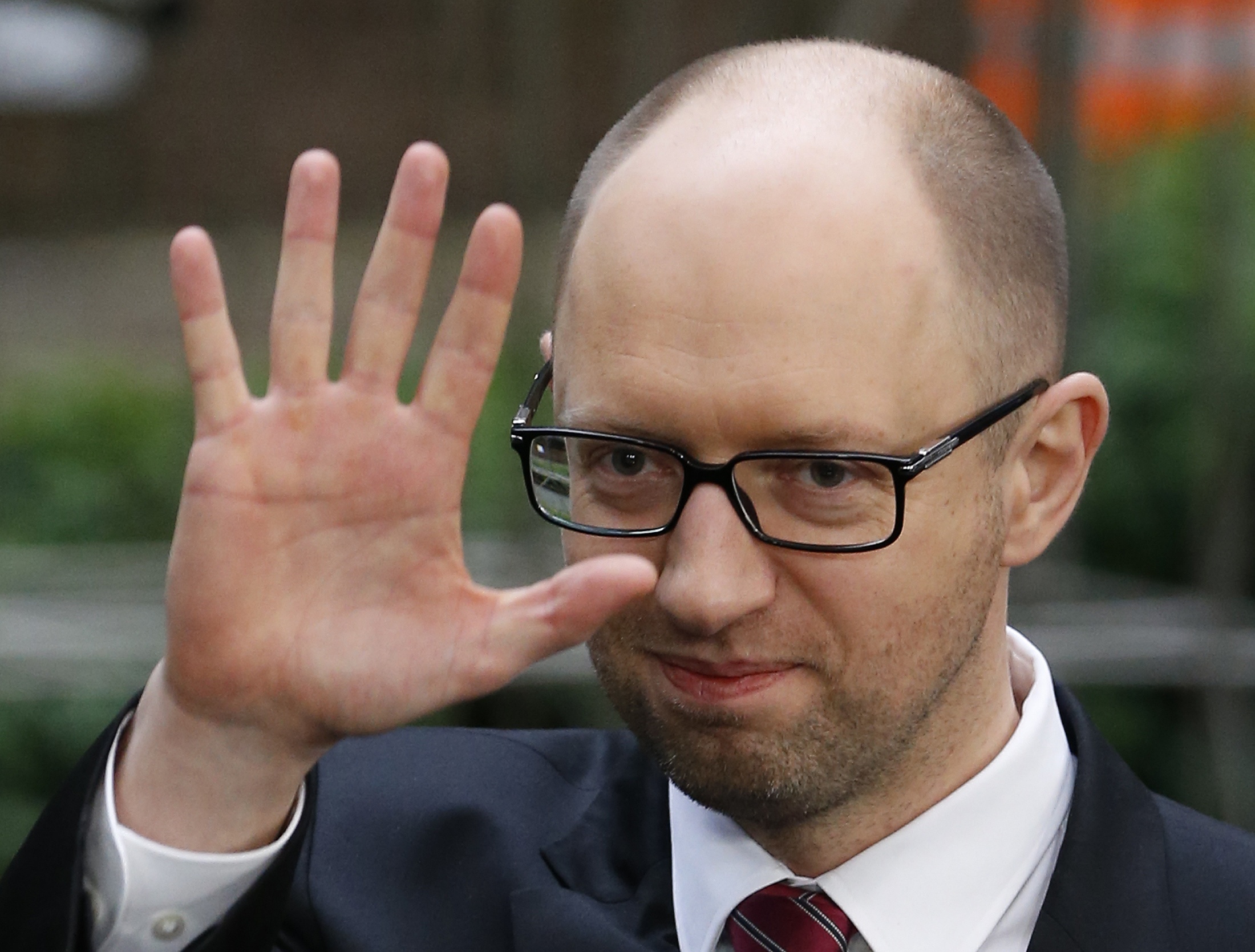 DONETSK, Ukraine -- Ukraine's prime minister on Friday told leaders in the country's restive east that he is committed to allowing regions to have more powers, but left it unclear how his ideas differed from the demands of protesters now occupying government buildings or Russia's advocacy of federalization.

The officials whom Arseniy Yatsenyuk met in Donetsk did not include representatives of the protesters. They asked Yatsenyuk to allow referenda on autonomy for their regions, not on secession.

"There are no separatists among us," said Gennady Kernes, mayor of the Kharkiv region where protesters had occupied a government building earlier in the week.

Ukraine's eastern industrial heartland was the support base for Kremlin-friendly president Viktor Yanukovych, who was ousted in February after months of protests. Last month, the Crimea region voted to secede and was annexed by Russia.

Protesters in the eastern cities of Donetsk and Luhansk are occupying government buildings and calling for referenda on regional autonomy that could prefigure seeking annexation by Russia.

The eastern parts of Ukraine have a high proportion of Russian-speakers and many of them fear that the acting government that took over when Yanukovych fled will repress them. Kiev and Western officials in turn claim that Russia is whipping up tensions in the east, with the aim of establishing a pretext for sending in troops.

Russia is calling on Ukraine to change its constitution to become a federalized state in which regions would have more control of their own affairs. Ukraine's government has resisted federalization, saying that would lay the groundwork for the country's breakup.

The protesters in Donetsk, who have held the regional administration building since Sunday, initially called for a referendum on secession but later reduced the demand to one on autonomy, with the possibility of holding another later on whether the region would remain part of Ukraine or seek to become an autonomous region within Russia.

As the U.S. and Russia talk, Ukraine braces for another invasion

Diplomatic talks with Russia: What you need to know
More