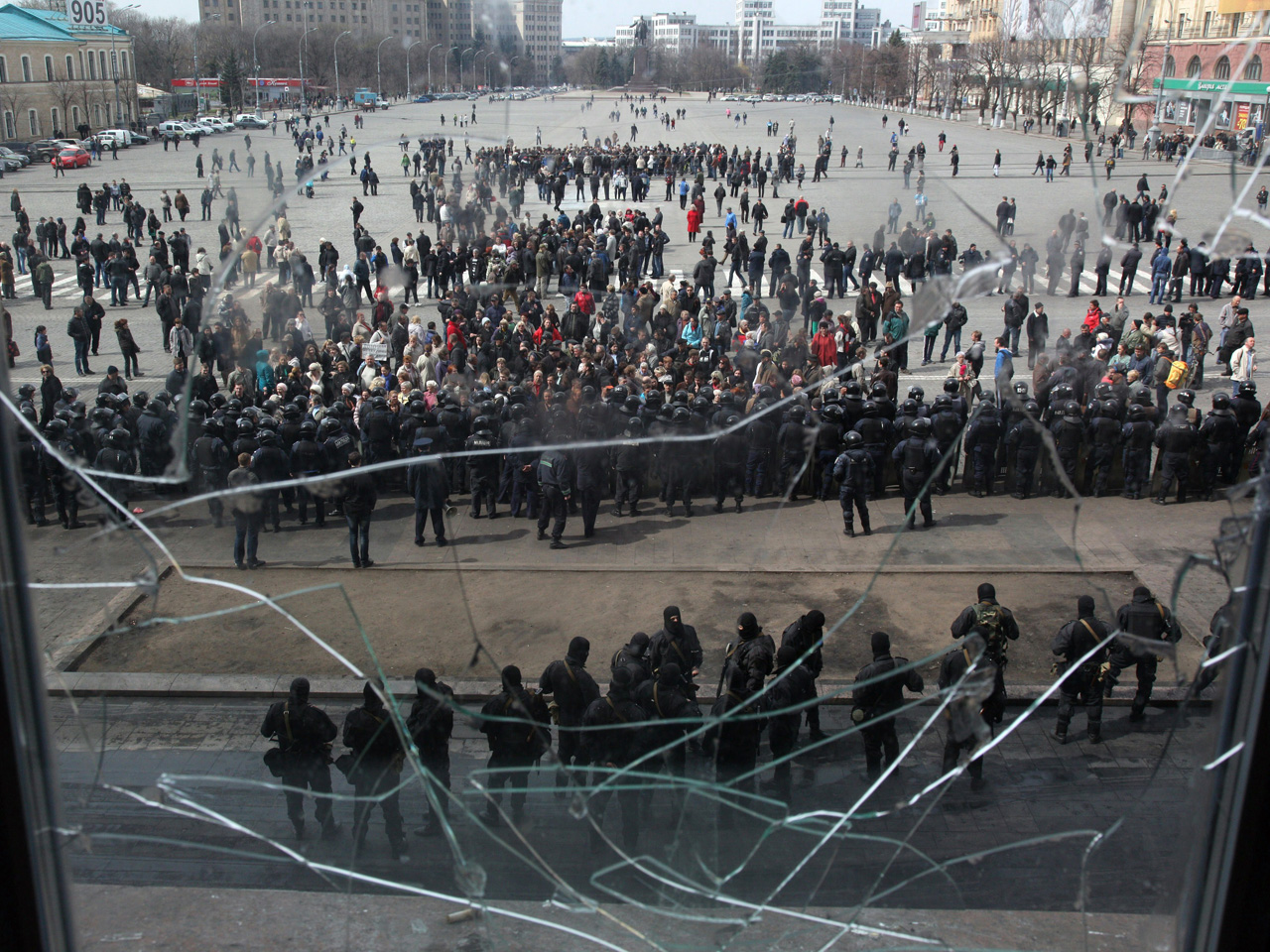 Ukrainian officials are moving to end pro-Russian uprisings in Eastern Ukraine. Armed protesters have taken over several government buildings, and most of the demonstrators are refusing to leave.

Ukraine's interior minister has issued an ultimatum to those protesters who have taken over government buildings in two cities in the east of the country, saying that the standoff will be resolved in the next 48 hours, either through negotiations or by force.

In the city of Donetsk, pro-Russian demonstrators appear to be digging in, flying Russian flags and continuing their call for a referendum on secession from Ukraine, CBS News' Clarissa Ward reports.

Ukrainian security forces Tuesday managed to retake control of a government building in the city of Kharkiv, detaining some 70 people in the operation.

But in Luhansk, demonstrators have beefed up barricades in front of the Security Services building, where they remain holed up. The men, who have been stockpiling weapons, have threatened that any attempt to storm their sit-in will be met with force.

As the standoff in Eastern Ukraine continues, the diplomatic war of words has escalated. On Tuesday, Secretary of State John Kerry accused the Russians of deliberately provoking the situation.

Kerry said, "No one should be fooled - and believe me, no one is fooled - by what could potentially be a contrived pretext for military intervention just as we saw in Crimea. It is clear that Russian special forces and agents have been the catalysts behind the chaos of the last 24 hours."

Russia fired back, claiming that 150 Americans with the private security firm Greystone were involved in operations in Eastern Ukraine, disguised as soldiers from a Ukrainian special forces unit.

The U.S. Embassy in Ukraine called the Greystone allegation "another piece of fiction." Kerry is scheduled to meet with senior officials from Russia, Ukraine and the European Union next week in an effort to diffuse the situation.