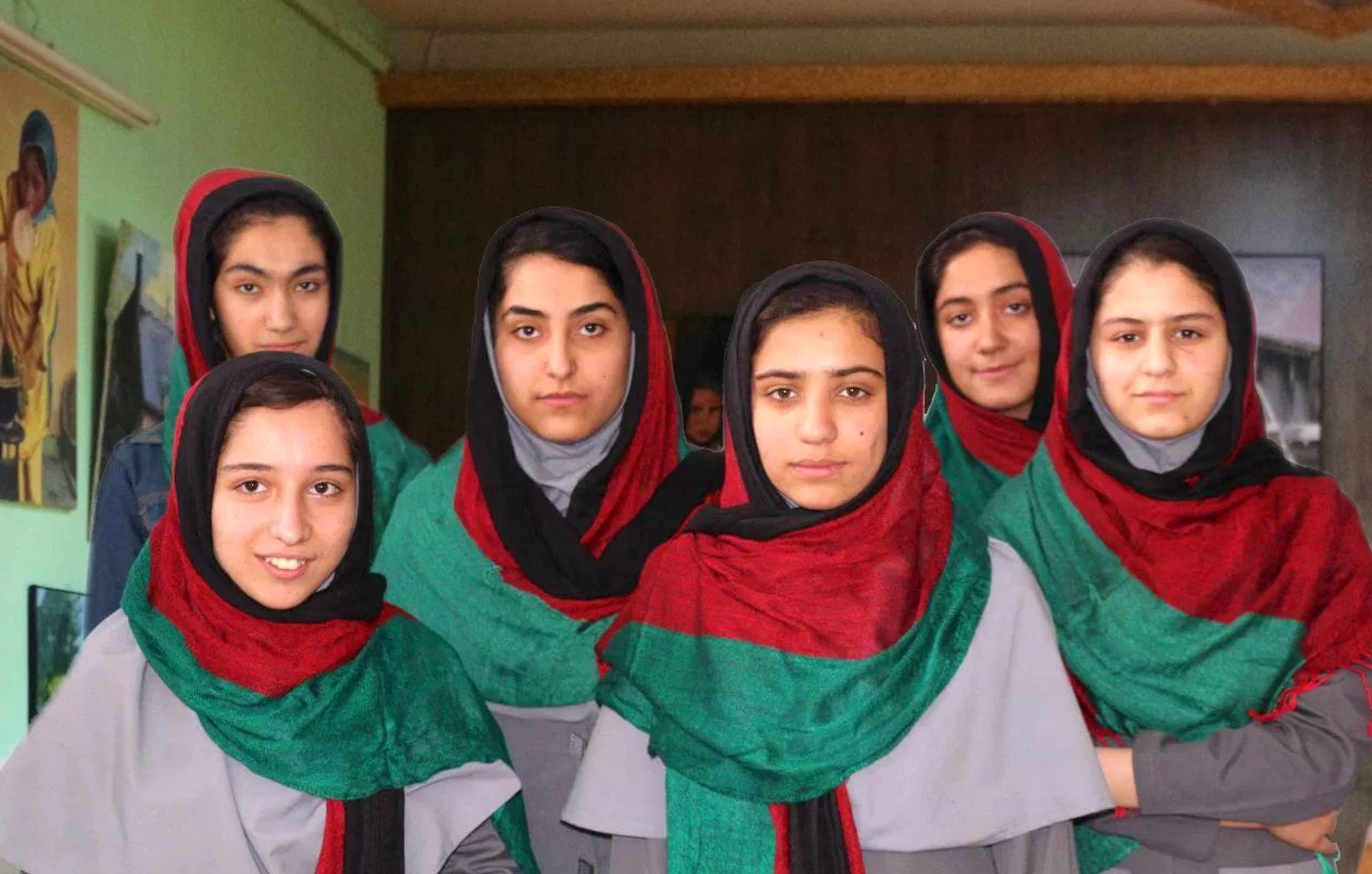 An all-girl robotics team from Afghanistan's plans to compete in the U.S. were upended after their visas were quickly denied by the U.S. embassy in Kabul.

The team of six teen girls hailing from Herat, Afghanistan had been working on their latest robotic creation for months in order to compete in the international FIRST Global Challenge competition being held in Washington, D.C..

The challenge encourages young participants from across the globe to develop skills in engineering and technology.

On the team's site, the girls said that they "want to develop and explore our minds and creativity and maybe unveil the genius inside each one of us."

After making a 500 mile journey to the U.S. embassy in Kabul to apply for visas, an embassy which had been targeted in recent bomb attacks, the girls were notified their applications had been denied.

Team sponsor Roya Mahoob of The Digital Citizen Fund told Mashable that the girls were devastated when they found out they would not be able to travel to the competition.

"The first time [they were rejected] it was very difficult talking with the students," Mahboob said. "They're young and they were very upset."

While the State Department has yet to comment on the exact reasoning for the girl's denial, their let down comes amid the United States' implementation of a travel ban of six Muslim-majority countries from entering the country.

A scaled-back version of President Trump's travel ban took effect Thursday evening, stripped of provisions that brought protests and chaos at airports worldwide in January yet still likely to generate a new round of court fights.

The U.S. Supreme Court's ruling exempted people from the ban if they can prove a "bona fide" relationship with a U.S. citizen or entity. The Trump administration had said the exemption would apply to citizens of Syria, Sudan, Somalia, Libya, Iran and Yemen with a parent, spouse, child, adult son or daughter, son-in-law, daughter-in-law or sibling already in the U.S.

While Afghanistan is not one of the six affected countries, the revised order eases restrictions on anyone with a valid visa from entering the country, allowing groups like a Libyan high school team, a team traveling from Sudan, and a Syrian refugee team to travel to the U.S. and compete in the event.

The girls were notified by competition officials that they will instead be able to Skype into the event and show off their creations over the web.