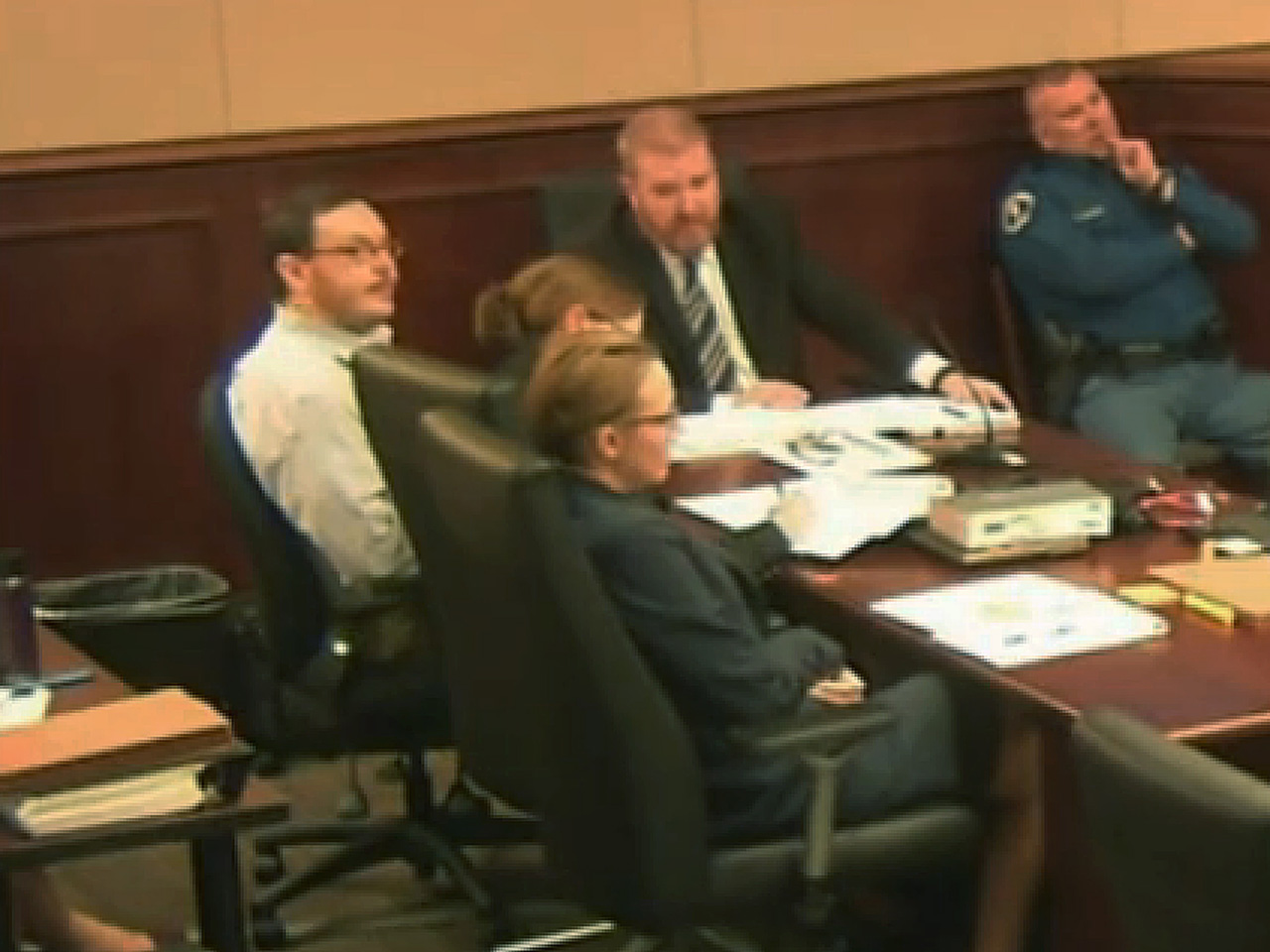 CENTENNIAL, Colo. -- A newlywed woman who was wounded in the Colorado theater massacre testified Tuesday that when the shooting began, she told her husband she loved him because she feared they wouldn't survive.

"I didn't know if it was the last time I would be able to do so," Denise Axelrod told the jury.

Axelrod testified in the sixth day of the trial of James Holmes, who is charged with killing 12 people and injuring 70 in the July 2012 attack.

Axelrod said she and her husband, Brandon, had just returned from their honeymoon when they went to the suburban Denver theater with a friend, Joshua Nowlan, to watch a Batman movie.

Brandon Axelrod suffered leg injuries when they dropped to the floor to hide from the gunfire. Nowlan also was shot.

Holmes pleaded not guilty by reason of insanity. His attorneys have acknowledged he was the shooter but say he has schizophrenia and didn't know right from wrong.

Prosecutors maintain Holmes was sane. They're seeking the death penalty.

On Monday, jurors watched a video of Holmes after the attack asking detectives, "There weren't any children hurt, were there?"

The video shows detectives interviewing a dazed-sounding Holmes at police headquarters about two hours after the shooting.

The detectives don't answer Holmes directly about children but say, "We'll get to that." One of the 12 people killed was 6-year-old Veronica Moser-Sullivan.

Detective Chuck Mehl testified later that Holmes saw a sign for the Crimes Against Children Unit in police headquarters while he was being taken to the interview room, which might have prompted the question.

Some of Holmes' interview answers are odd. Asked if he needs anything, he says, "Oxygen." The detectives ask if he is having trouble breathing or wants a fan, but he says no.

When asked how to spell "Holmes," he answers, "Like Sherlock."