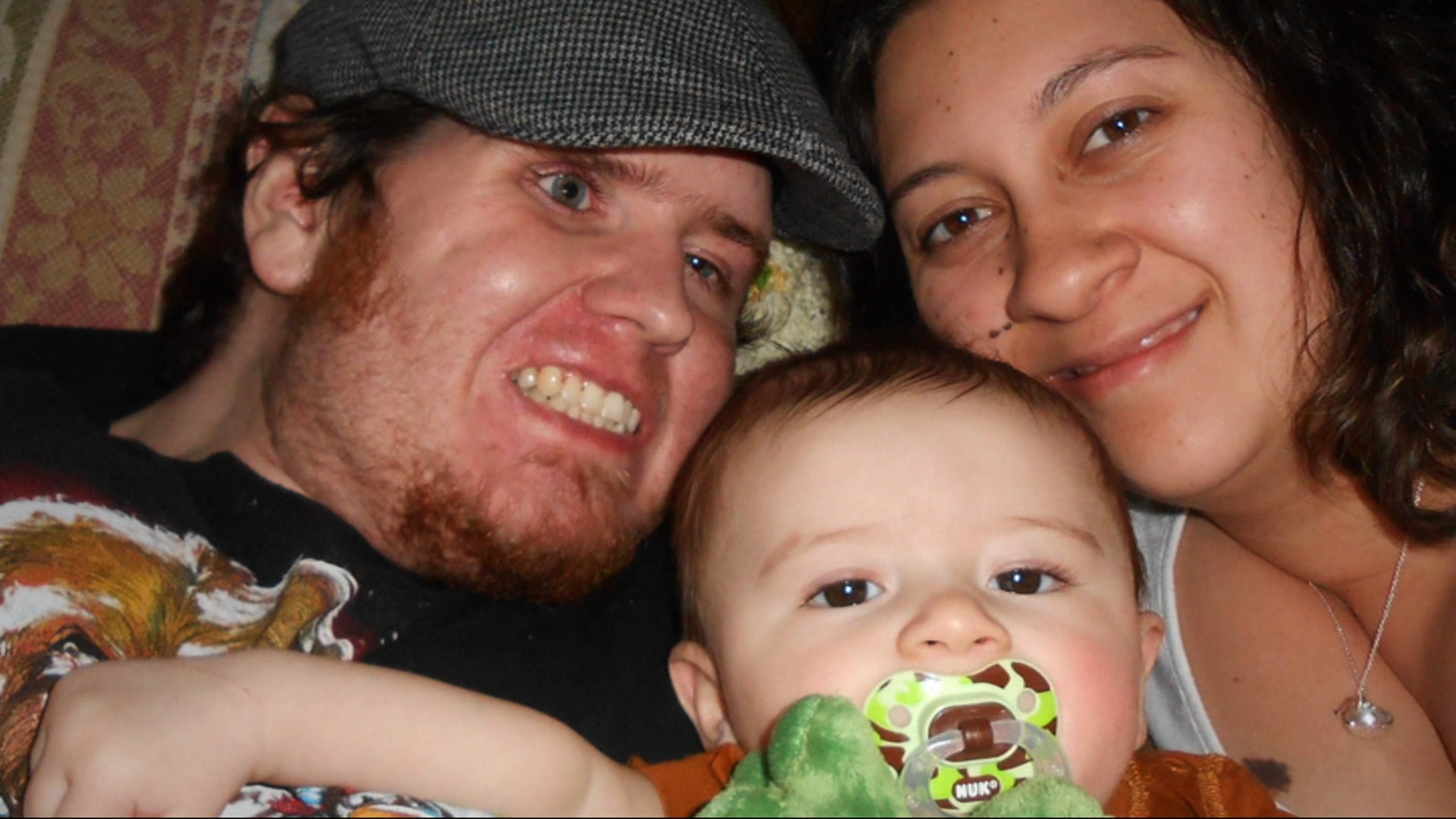 CENTENNIAL, Colo. - Katie Medley was nine months pregnant, so she picked a seat near the exit door, just in case she went into labor when her husband and a friend took her to see the premiere of a Batman film nearly three years ago.

She saw the man in body armor slip through the door and toss a can through the air, filling the theater with tear gas as he fired at the audience. She dropped to the floor, squeezing with her belly between the chairs, and couldn't understand why her husband was still sitting upright.

Then she saw he had been shot through the eye, his face was gushing blood. She had to decide: stay with him, or flee in an attempt to save their unborn son?

Medley, the first witness called as testimony began Tuesday in the death penalty trial of James Holmes, said she took the hand of her husband and felt him squeeze hers back.

"I told him that I loved him and that I would take care of our baby if he didn't make it," said Medley. She later gave birth to a healthy son, now 3, as Caleb underwent brain surgery in the same hospital.

Caleb, an aspiring comedian, survived with terrible injuries. His speech is barely intelligible, and he was pushed to the witness stand in a wheelchair. He answered questions Tuesday by pointing to letters on a poster board for a court interpreter.

Defense attorneys said Holmes has "essentially admitted" killing 12 people and injuring 70 more, so there's no reason to make survivors relive their horror in the courtroom for months on end.

Repeatedly Tuesday, the defense objected to jurors being shown photographs of victims or other evidence they called inflammatory. The judge denied them, calling the evidence relevant and fair depictions of the nature of the crime.

The defense hopes to focus on what was going on inside Holmes' mind, which they say was so addled by schizophrenia that his sense of right and wrong was distorted, and he lost control over his actions.

Perhaps signaling a strategy they'll use with many other victims whose lives were turned inside out by the shooting, the defense had no questions for the Medleys.

And Katie Medley kept her composure, even as her husband's injuries were put on display. But she sobbed as she returned to her seat in the courtroom, comforted by others who said she had done a good job.

Holmes, who is being harnessed to the floor by a cable under his clothes, sat quietly. His parents, Robert and Arlene, showed no reaction from their seats in the second row.

Many details about Holmes' life before, during and after the shootings that were shrouded in mystery due to the judge's gag order were revealed in Monday's opening statements.

District Attorney George Brauchler depicted a frighteningly smart killer who meticulously planned and carried out the mass murder to make himself feel good and be remembered, while knowing that it was immoral and illegal.

Public Defender Daniel King portrayed him as a "good kid" who never got in trouble, but who also sensed something wrong with his mind, even at a young age.

Holmes hoped studying neuroscience at the University of Colorado would help him fix his thoughts, but "psychosis bloomed" instead, the defense said. His slaughter has no logical explanation, and that too is evidence that delusions commanded him to kill, the defense said.

Brauchler revealed that two court-appointed psychiatrists concluded that Holmes was sane when he opened fire, chasing moviegoers up and down the aisles and shooting at people who tried to flee.

King countered that Holmes was psychotic at the time, and that every doctor who has seen him - 20 in all - agreed he suffers from schizophrenia.

Holmes has pleaded not guilty by reason of insanity. His defense hopes jurors will agree and have him indefinitely committed to a mental institution. Prosecutors say he was sane and should be executed.