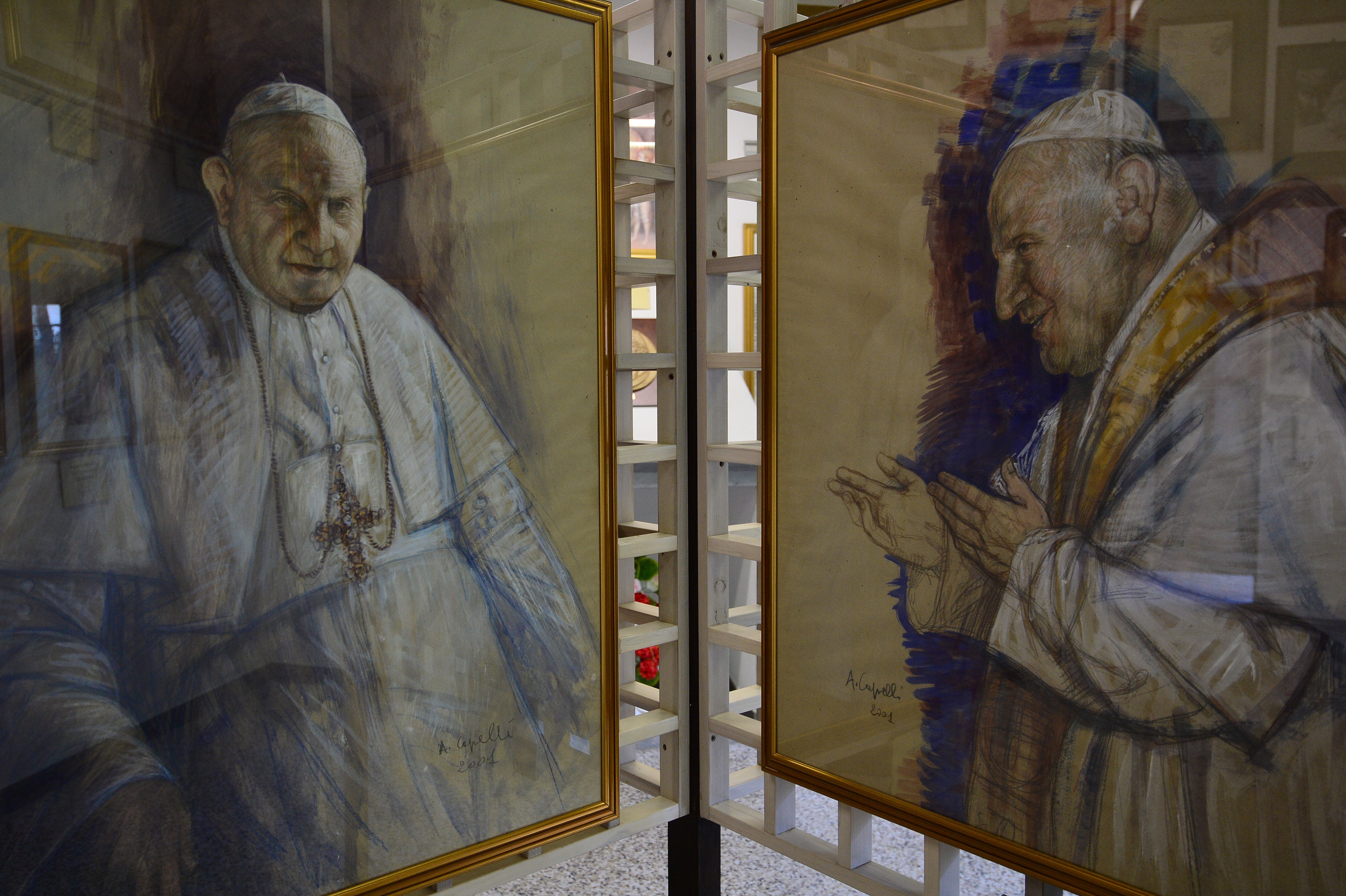 VATICAN CITY -- On the night of Oct. 11, 1962, Pope John XXIII did something so natural that it's astonishing it was so revolutionary at the time. He came to the window of the Vatican's Apostolic Palace and spoke to thousands of candle-bearing faithful below - not in the arcane, scripted words of pontiffs past but in those of a father and pastor looking out for his flock.

"Going home, you will find your children. Give them a caress and tell them 'This is the caress of the pope,'" John said to the torch-lit cheers from St. Peter's Square.

While much of the focus of Sunday's dual canonization will be on the globe-trotting, 26-year papacy of Pope John Paul II and his near-record sprint to sainthood, many older Catholics will be celebrating the short but historic pontificate of the "Good Pope," John XXIII.

John's words, delivered on the opening night of the Second Vatican Council, came to define his papacy. The speech epitomized how John captured the hearts of Catholics with his simple, paternal affection while using his intuitive cunning to launch Vatican II and bring the 2,000-year institution into the modern world. It's a combination embodied by the current pope, Francis.

"He was courageous. A good country priest, with a great sense of humor and great holiness," Francis told reporters last summer when asked about John's attributes. "He was one of the greats."

Born in 1881 to sharecroppers in northern Italy, Angelo Giuseppe Roncalli was elected pope on Oct. 28, 1958, naming himself after his father and in the process correcting the accident of history that was the 15th-century anti-pope John XXIII. During the Western Schism of the early 1400s, John XXIII was one of three men who claimed the papacy at the same time, though he later renounced it.

Elected at age 76, the legitimate Pope John XXIII was expected to be a transitional, relatively uneventful pope following the 19-year reign of the World War II-era Pope Pius XII.

John had other plans. Less than three months after being elected, he announced that he would convene Vatican II, the first ecumenical council in a century. Vatican II went on to allow use of the vernacular rather than Latin for Mass. It called for greater participation of lay faithful in the life of the church and revolutionized Catholic relations with Jews. It also crystalized the divisions between traditionalist, conservative Catholics and the more progressive wing of the church that are still alive today.

None of the faithful who gathered in St. Peter's Square the night it opened knew what was in store, but they were hopeful. John's words seemed to herald something new: They were spontaneous when popes usually spoke in stiff, prepared paragraphs. They were grandfatherly when popes were supposed to sound regal. And perhaps most importantly, they were beamed into living rooms around the world on the relatively new medium of television.

"Up until then, television had been used mostly to represent the splendor of power, both ecclesial and political," said Alberto Melloni, John's biographer who runs the foundation in Bologna where his papers are kept. "His way of speaking off-the-cuff that night broke this scheme of video as a demonstration of power."

The speech is now fondly called the "Speech to the Moon." At the start, John marveled at the size of the crowd below and said it seemed almost as if the moon had come out early just to see the spectacle.

Though John didn't live to see the council through - he died of stomach cancer June 3, 1963 - he is credited with having had the courage to launch the process that has defined the 20th-century Catholic Church, renewing church doctrine for modern times.

The Rev. Robert Wister, a church historian at Seton Hall University, said John's "roly-poly appearance" - often cited in the well-meaning but inaccurate caricature of John as a simpleton - belied a steely diplomat who handled some of the church's toughest assignments before becoming pope.

Roncalli was the Vatican envoy to Turkey during World War II, and is credited with having saved thousands of Jews fleeing Europe by forging their birth certificates. He was then named ambassador to France just after its liberation.

"You don't send the village idiot to deal with Charles de Gaulle," Wister said. "You send a sharp diplomat."

At the same time, John was very much a basic parish priest: His first Christmas as pope, John left the Vatican to visit children at Rome's main children's hospital. The next day, he visited inmates at Rome's main prison. Sundays he devoted to visiting parishes in the capital's peripheries. In all, he "escaped" from the Vatican 152 times during his 4 1/2-year papacy compared to the one spontaneous outing by Pius XII to visit a neighborhood devastated by a wartime bombing raid.

Aside from Vatican II, John is perhaps best known for his last encyclical "Peace on Earth," issued in the aftermath of the Cuban missile crisis which had erupted just three days after Vatican II began. The document elaborated a new type of teaching of the church as promoter of world peace. It was the first encyclical addressed not just to clergy but to "all men of good will" in a sign of John's openness to the world outside the Vatican walls.

"He was a man who was able to transmit peace," Francis told a delegation from John's hometown of Bergamo on the 50th anniversary of his death last June. "He transmitted peace because he had a profoundly peaceful soul."

"A peasant, as poets use that word, meaning a man of the earth. A man of common people. Somebody who grew up the hard way," said the cardinal.