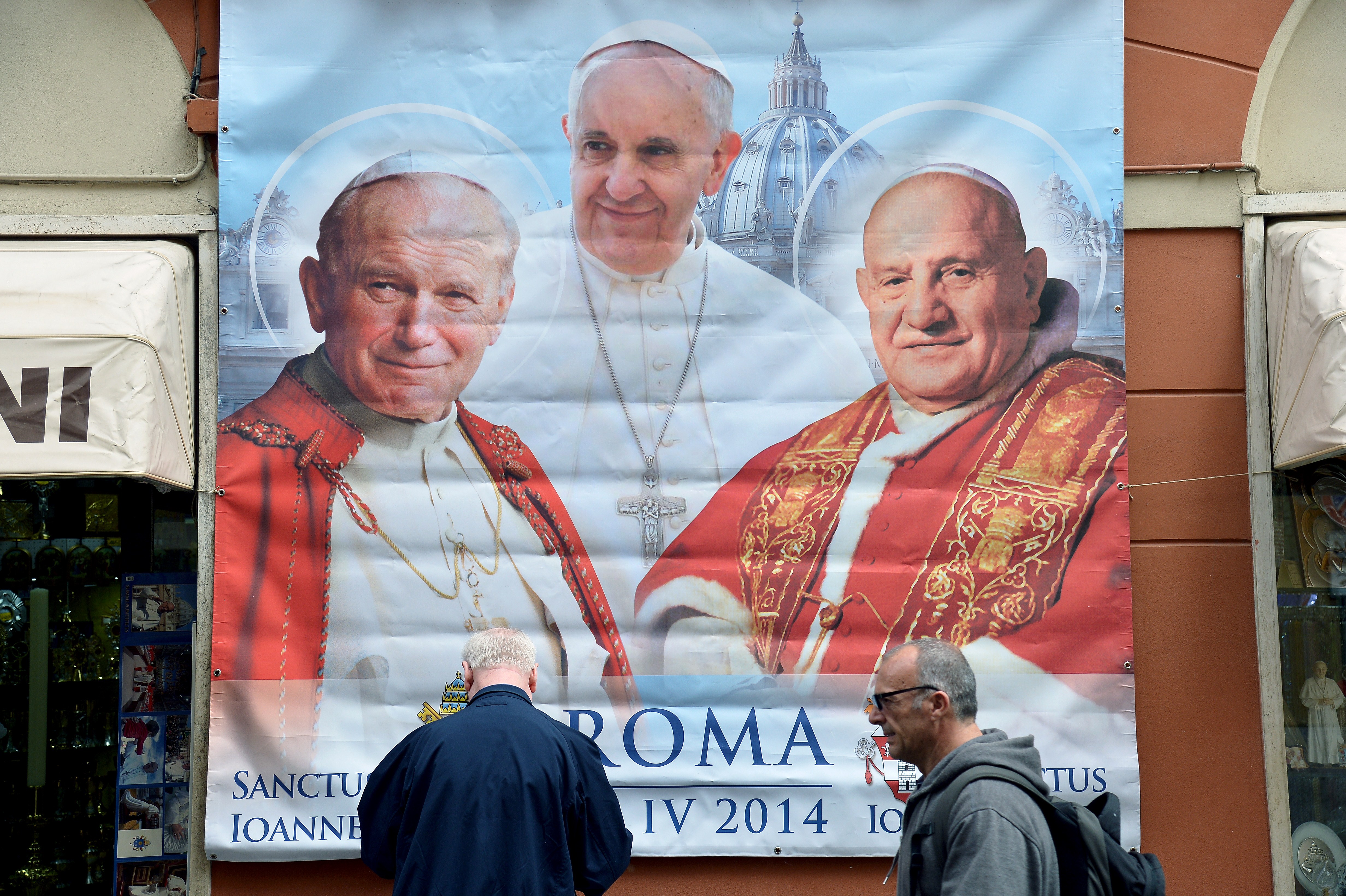 As WCBS 880's Rich Lamb reported, Cardinal Timothy Dolan said that in the Roman Catholic Church, saints are usually "museum pieces" who lived hundreds of years ago. But he said that is not the case for Pope John XXIII and Pope John Paul II.

"You've got a good chunk of humanity who can remember vividly these two men," Dolan told Lamb. "This is going to be a very vivid way to say that holiness, heroic sanctity, the pursuit of virtue is for today. These are two men, both of whom would say, 'There's nothing saintly about me. I'm a sinner. I need God's grace and mercy.'"


He said this Sunday's canonization will be unique.

"I don't think there's ever been a canonization of two popes as saints together," said Dolan.

The cardinal explains saints are those universally admired in the church, viewed as older brothers and sisters in the family of the faith, Lamb reported.

Dolan calls both men peasants in the best sense.

"A peasant, as poets use that word, meaning a man of the earth. A man of common people. Somebody who grew up the hard way," said the cardinal.

Three million people are expected to flock to the Vatican for the canonization.

Among them will be a delegation of the devoted that departed from Newark Liberty Airport on Monday, CBS 2′s Steve Langford reported.

The man organizing the pilgrimage, Yurek Majcherczyk, is a Polish-American from Wallington, N.J., who has a special connection to John Paul II, CBS 2′s Alice Gainer reported.

Majcherczyk grew up in Poland when the future John Paul II was the cardinal of Krakov and met him many times. Many Poles credit John Paul for helping to end communism.

As Majcherczyk leads his pilgrims to Rome, he will hold up a ceremonial flag bearing the likeness of John Paul II, hoping to attract the attention of Vatican officials to move his group toward the front of the crowd.

"I have a feeling we're going to be few meters from the Pope Francis," Majcherczyk said.

The group is going to Rome "to celebrate with the whole world, I would say, this great man," Miroslaw Krol, pastor at St. Theresa of the Child Jesus in Linden, N.J., said of John Paul II. "We're going also for John XXIII, of course, but you can understand, when he died, I wasn't even born."