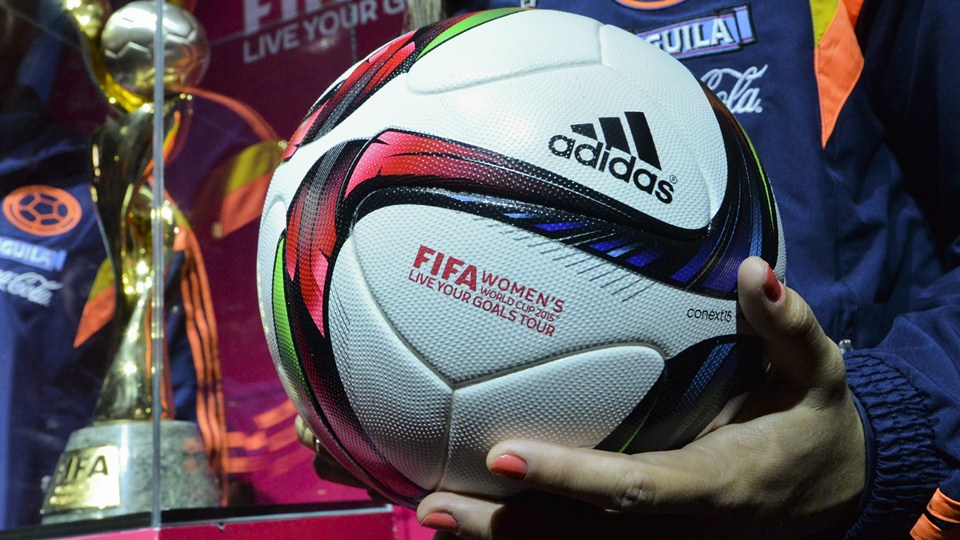 The corruption case involving some of soccer's top executives comes just days before the Women's World Cup kicks off in Canada. Team USA is ranked No. 2 in the world heading into play, but there are eight other teams in the tournament.

The American women know the stakes have never been higher, and the competition has never been fiercer, reports CBS News correspondent Jericka Duncan.

Team USA was drafted into one of the toughest first round groups, and over three games they'll face some of the top ranked teams in the world.

Forward Alex Morgan has one Olympic gold medal, but she's still in search of a World Cup title.

"I think most people can tell you that they want to be the best player in the world. For me, I want to be able to perform well at the highest stage," Morgan said.

Four years ago, in the 2011 final, the U.S. suffered a bitter defeat to Japan, losing on penalty kicks. This year's team says retribution is not their motivator.

"It is something we have trained our entire lives for, not just these last four years," goalie Hope Solo said.

For Solo, it's a moment of redemption. The starting goalkeeper is taking the field after a one month suspension earlier this year. Her husband was arrested for driving a team van under the influence. Solo was in the van. And last year, she was arrested on domestic violence charges that were later dropped.

For all their Olympic success, the last time Team USA won the World Cup was in 1999. Forward Sydney Leroux watched that game as a 9-year-old, and from that moment was determined to play for team USA.

For some of the veteran players, this will be their last chance at a World Cup win. Christie Rampone will turn 40 as she competes in her fifth tournament, playing alongside 34-year-old Abby Wambach, who's scored more international goals than anyone else in professional soccer -- male or female.

"I feel like if there was any year for us to win, this is going to, this has to be, it's the end for me when it comes to talking about the World Cup and for me, I like storybook endings and I think we have a really good shot at it," Wambach said.

The team plays its last match before the World Cup against South Korea on Saturday in Harrison, New Jersey. As for the FIFA corruption charges, coach Jill Ellis and the players say they don't think it will negatively impact their plans to win.