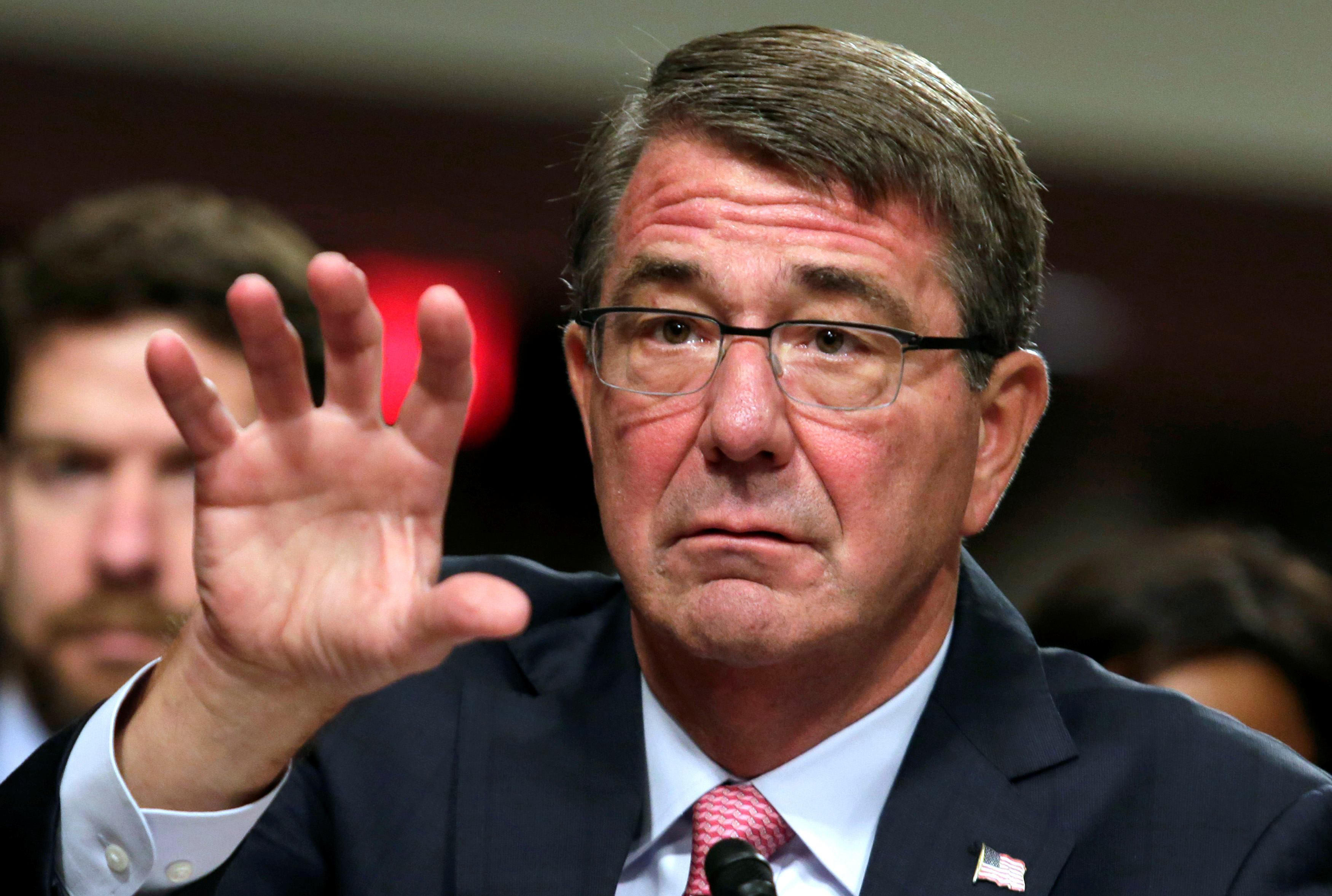 WASHINGTON -- Defense Secretary Ash Carter warned Wednesday that any attack on American allies or use of nuclear weapons by North Korea would be met with an “overwhelming” U.S. response.

He was speaking at start of talks between the top U.S. and South Korea diplomats and defense officials on their response to the growing threat from North Korea’s nuclear and missile programs.

The meeting comes weeks after the North’s most powerful nuclear test explosion to date, and days after its failed test launch of a ballistic missile.

On the agenda is how to strengthen the so-called “extended deterrence” provided by U.S. nuclear forces in defending South Korea. Seoul is looking to allay calls from conservatives at home who want South Korea to develop its own nuclear arsenal.

“The U.S. commitment to the defense of South Korea is unwavering. This includes our commitment to provide extended deterrence, guaranteed by the full spectrum of U.S. defense capabilities,” Carter said in opening remarks.

“Make no mistake, any attack on America or our allies will not only be defeated, but any use of nuclear weapons will met with an overwhelming and effective response,” he said.

The talks are between Secretary of State John Kerry and Carter, and their South Korean counterparts Foreign Minister Yun Byung-se and Defense Minister Han Min-koo.

Yun said that the threat posed by North Korea is “more grave than ever” and that the North is “nearing the final stage of nuclear weaponization.”

The North has conducted two nuclear tests this year and 23 missile tests, deepening concern that it is moving closer to having a nuclear-tipped missile that could reach the American mainland.

Kerry reiterated the U.S. will deploy “as soon as possible” a Terminal High Altitude Area Defense, or THAAD, a missile defense system intended to protect South Korea and the nearly 30,000 U.S. forces based there.

The plans for THAAD have angered China and Russia, which see it as a threat to their own defense.

Kerry called for every country to rigorously enforce U.N. sanctions on North Korea, which are intended - but have failed - to prevent its development of weapons of mass destruction.

The U.S. and China, which is the North’s traditional ally and main trading partner, are currently negotiating at the U.N. Security Council on tightening sanctions in response to the Sept. 9 nuclear test. The U.S., South Korea and Japan are considering additional sanctions of their own.

“We need to ensure, working together, that the DPRK pays a price for its dangerous actions, even - and I want to emphasize this - (as) we work for the peaceful denuclearization of the Korean Peninsula,” Kerry said, using the abbreviation for the North’s official name, Democratic People’s Republic of Korea.

The U.S. hopes that tighter sanctions can force impoverished North Korea to return to long-stalled aid-for-disarmament negotiations, but there appears to be little prospect of their resumption because of Pyongyang’s determination to have nuclear weapons.

North Korea’s state-run Rodong Sinmun newspaper on Wednesday said the North would strengthen its nuclear capabilities in quantity and quality in response to the threat from its enemies.

“We have warned that South Korea will be engulfed in a sea of fire and the U.S. military units in the Pacific region and the mainland will be in chaos if the U.S. wages nuclear strikes against us,” the newspaper said. “Our warning is not an empty word.”