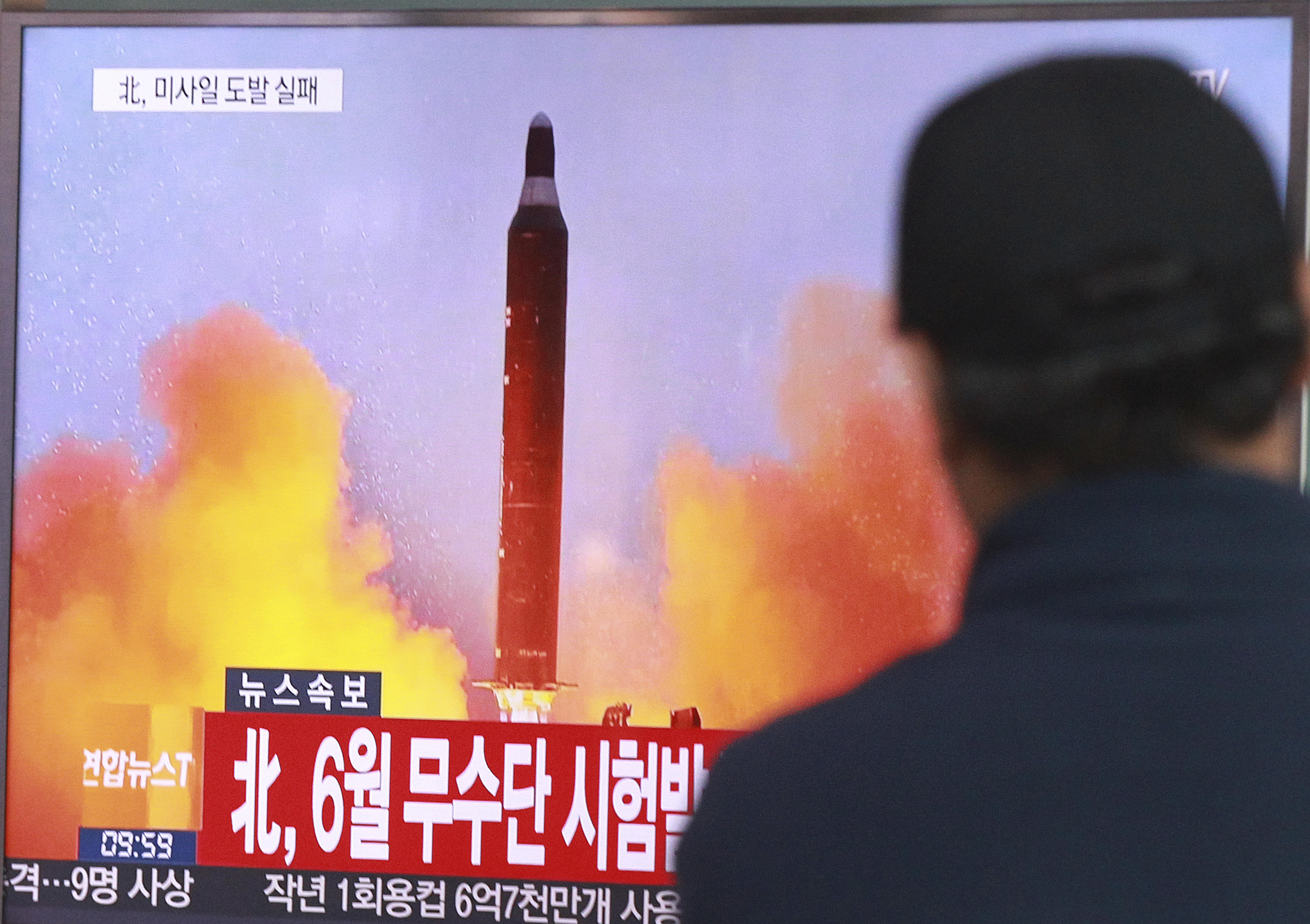 The U.N.’s most powerful body, in a statement approved Monday by its 15 members, deplored all North Korean missile tests, saying they contribute to the country’s “development of nuclear weapons delivery systems and increase tension.”

The council noted that Saturday’s attempted launch followed 11 previous ballistic missile launches and a nuclear test on Sept. 9, all in violation of its resolutions.

Council members reiterated their demand that Pyongyang halt all launches and tests, and called on all countries “to redouble their efforts” to implement sanctions against North Korea.

Members also expressed regret that Pyongyang is diverting resources when its citizens “have great unmet needs.”

CBS News foreign affairs analyst Pamela Falk notes that the Council is still working on a new sanctions Resolution in response to the North’s fifth nuclear test on September 9, in order to close some of the gaps in the latest and most stinging resolution to date, Resolution 2270, issued earlier this year.

But Falk says the Council remains perplexed about what actions are within its power to actually curtail North Korea’s nuclear ambitions.

The Council has rejected Pyongyang’s calls to halt U.S.-South Korean military exercises, which Britain announced it was to join this week.

“Our commitment to the defense of our allies, including the Republic of Korea and Japan, in the face of these threats, is ironclad,” Ross said. “We remain prepared to defend ourselves and our allies from any attack or provocation.”

That stern commitment was reinforced Tuesday with a tweet from the U.S. Pacific Command, showing the U.S. Navy’s Carrier Strike Group 5 cruising through the water alongside South Korean warships.

North Korea has claimed technical breakthroughs in its goal of developing a long-range nuclear missile capable of reaching the continental United States. South Korean defense officials have said the North doesn’t yet have such a weapon.