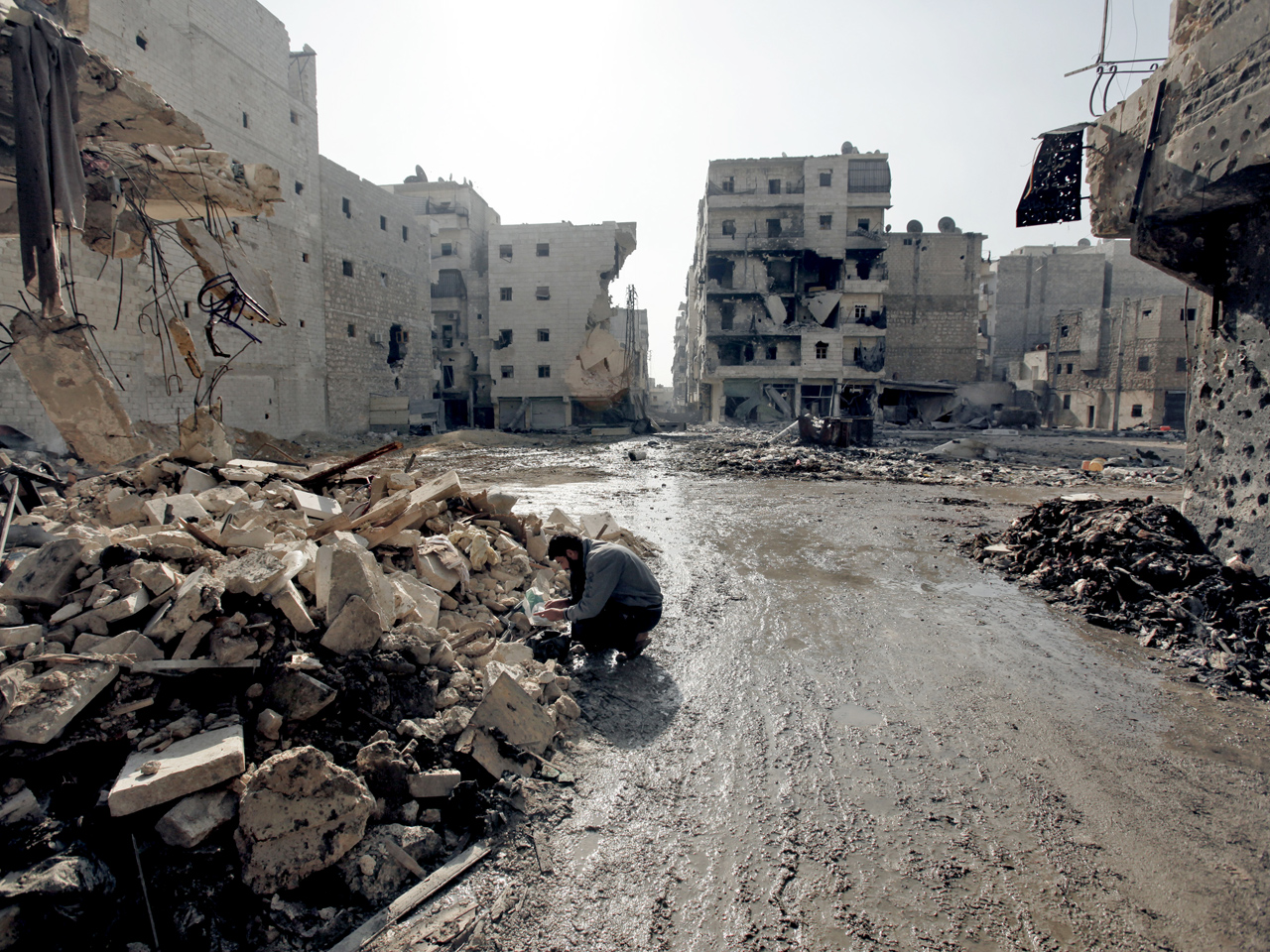 (CBS News) Whether the U.S. enters the war in Syria appears to be up to the dictator Bashar Assad.

On Monday, CBS News reported the Assad regime had given orders to prepare chemical weapons for possible use to put down the revolt that has been raging for more than a year and a half.

President Obama said use of these weapons of mass destruction would be "totally unacceptable."

U.S. intelligence so far has not detected any sign Syria is loading chemical weapons onto aircraft, but Defense Secretary Leon Panetta said it appears the embattled Assad regime is preparing to do just that.

"There is no question that we remain very concerned, very concerned, that as the opposition advances, in particular on Damascus, that the regime might very well consider the use of chemical weapons," Panetta said.

Monitoring of Syrian bases has picked up evidence engineers have loaded the chemicals -- which combine to form the deadly nerve agent sarin -- into bombs that could be dropped from airplanes. Satellites have seen trucks moving among the bunkers where the weapons and agents are believed to be stored. U.S. officials say the evidence is strong, but circumstantial -- not definitive.

But, that, combined with fighting in the suburbs of Damascus, has led to fears of what the Assad regime might do if it feels cornered.

Jeffrey White, a former analyst for the Defense Intelligence Agency said that if the rebels cut off Damascus, "that's the end of this regime. The regime can hang on for a while because it has troops in the city, it has ammunition, supplies and so on, but it means the city will fall. It can not stand alone."

U.S. intelligence does not believe Damascus is likely to fall right away, but White had an estimate.

"You can feel it. You can sense it. It looks like the regime is being defeated. You know, not tomorrow, maybe, but not too far off, I think," White said. "I'm thinking in the next couple of months."

The Syrian government has vowed not to use chemical weapons against its own people, but that would not stop it from using them against the opposition which it regards as foreign terrorists.