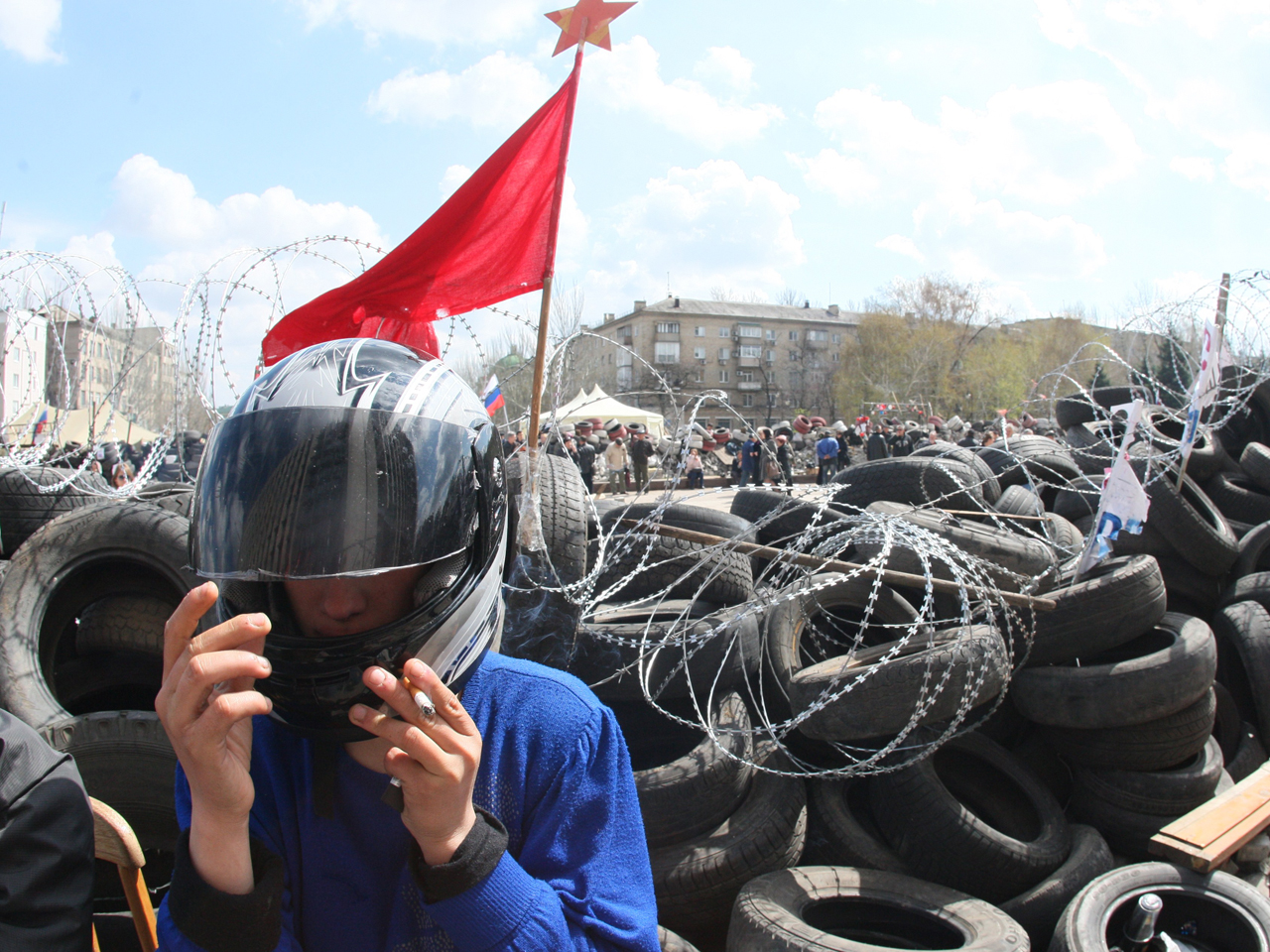 GENEVA -- Ukraine is willing to offer amnesty to the armed separatist groups who have carried out violence and seized buildings in the east, if Russia agrees to pullback support for those pro-Russian groups and withdraw the 40,000 troops that it has positioned on Ukraine's border. If Russia does not, the U.S. and European Union are preparing to hit Russian officials and business leaders with another round of sanctions within days.

Secretary of State John Kerry landed in Geneva on Wednesday night to attend four-party talks, the first direct discussion of the crisis with both Russia and Ukraine at the table are scheduled to begin Thursday.‎

A senior U.S. official traveling with Kerry said the‎ situation on the ground has gotten "significantly more perilous" in recent days and that violence has been aided and abetted through covert Russian support.

The inability of the Ukrainian military and security services to prevent armed groups from taking control of government buildings has shown how hard it will be for Kiev's young government to establish order. The State Department has accused Russia of helping to strategize these de-stabilizing actions by using paid thugs to foment rebellion in the hope of sabotaging Ukraine's new pro-West government.‎ Y‎et Ukraine's Foreign Minister Andrii Deshchytsia will sit down tomorrow with Russian Foreign Minister Sergey Lavrov to see whether the two governments can find a way to work together.

Many of the topics up for discussion tomorrow are aimed at addressing Russia's concerns. Ukraine's foreign minister will lay out how his government plans to alter the constitution to give more autonomy to some regions and how it plans to protect minorities there.

The U.S. official said that these talks will test whether Russia has any interest in de-escalating the crisis and ‎that there will be consequences if it does not‎.

The official declined to specify what it would take to trigger the type of hard-hitting sectoral sanctions that will hit the Russian banking, energy and other industries. "Watch this space," was the official response.

Under the executive order signed by President Obama, there is a lot of leeway for U.S. discretion as to how to tailor and sharpen the sanctions‎ before talking the step toward hitting Russian industry.

A western diplomat in Washington said despite the escalation in violence on the ground, the next round of EU sanctions are most likely to stop short of that and instead take the form of visa and asset freezes that will hit individuals some of whom have close ties to Russian President Vladimir Putin.‎ The diplomat indicated that it would likely taken a full-scale overt military invasion to trigger those powerful sectoral sanctions.