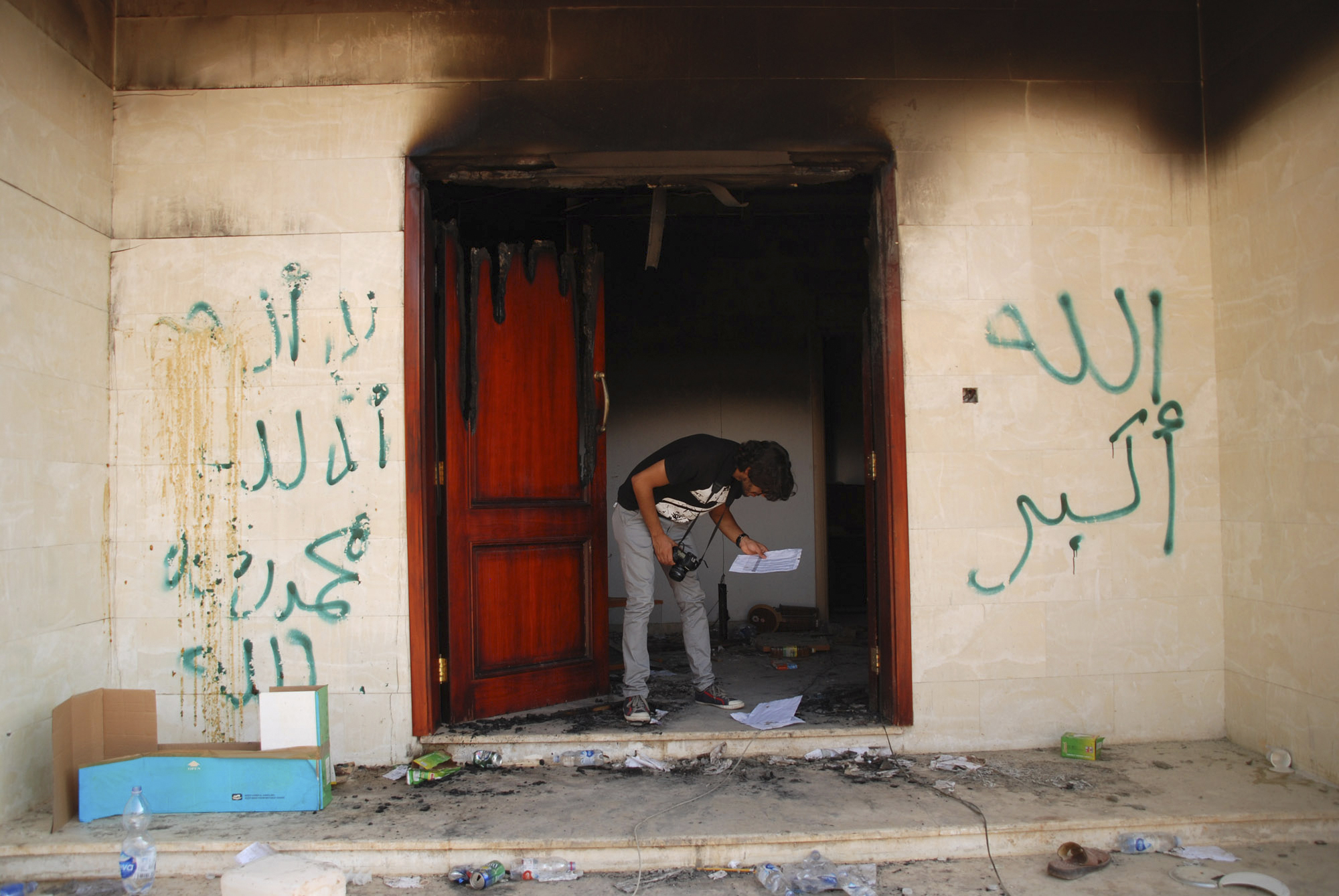 WASHINGTON U.S. intelligence officials sought to explain Friday why the Obama administration's understanding of the Sept. 11 attack on the U.S. Consulate in Benghazi is "evolving."

Facing a barrage of Republican criticism about what the administration knew and when about the attack, the Office of the Director of National Intelligence issued a statement Friday that laid out how officials came to understand the assault that killed U.S. Ambassador Chris Stevens and three other Americans. At the same time, the U.S. ambassador to the United Nations issued a statement explaining her early descriptions of the attack.

In the days immediately after the attack, the administration said it believed it was a spontaneous reaction to an anti-Islamic video that ridiculed Islam's Prophet Muhammad and ignited mob protests on U.S. embassies around the Middle East and in North Africa. Now, the administration has begun to call it a terrorist attack carried out by al Qaeda-linked militants and explain that it was a planned attack distinct from the mob protests in the region.

Republicans have seized on the Obama administration's changing narrative, saying the administration was too slow to label it a terrorist attack because, they said, the White House did not want to admit its policies had failed to defeat al Qaeda, and quell anti-American sentiment in the Muslim world.

On "CBS This Morning" Thursday Sen. John McCain, R-Ariz., said it was "incredible naivete" to think the violence was born because of the American-made anti-Muslim video. He said it was "the Islamists using the video" to incite violence.

DNI spokesman Shawn Turner's statement said, "Throughout our investigation we continued to emphasize that information gathered was preliminary and evolving. . . .

"It remains unclear if any group or person exercised overall command and control of the attack, and if extremist group leaders directed their members to participate. However, we do assess that some of those involved were linked to groups affiliated with, or sympathetic to al Qaeda," he said.

At the same time, a spokeswoman for U.N. Ambassador Susan Rice also sought to explain comments that Rice made early in the investigation saying there was no evidence the Benghazi attack was premeditated.

"During her appearances on the Sunday talk shows Sept. 16, 2012, Ambassador Rice's comments were prefaced at every turn with a clear statement that an FBI investigation was under way that would provide the definitive accounting of the events that took place in Benghazi," said Erin Pelton, spokeswoman for the U.S. Mission to the United Nations. "At every turn Ambassador Rice provided -- and said she was providing -- the best information and the best assessment that the administration had at the time, based on what was provided to Ambassador Rice and other senior U.S. officials by the U.S. intelligence community."

Turner's statement echoes that of Defense Secretary Leon Panetta, who told reporters at a Pentagon news conference Thursday it took "a while" for White House staff to come to the conclusion that terrorists were behind the embassy assault. He was not more specific.

Gen. Martin Dempsey, chairman of the Joint Chiefs of Staff, said at the same press conference that prior to the attack there was some intelligence about security threats in Libya, but it was not specific to the U.S. Consulate.

Further intelligence may be slow to arrive. The FBI team that arrived in Libya last week to investigate the incident can't get to the scene of the attack because it is too dangerous, according to two law enforcement officials. The officials requested anonymity because they are not authorized to speak publicly about an ongoing investigation.

Republicans have seen the Libya attack as an opportunity to attack President Barack Obama on one of his strengths, foreign policy.

"I think it's pretty clear that they haven't wanted to level with the American people. We expect candor from the president and transparency," Romney told Fox News this week.

Recent intelligence reports indicated a force of more than 50 heavily armed extremists attacked the consulate, using gun trucks for added firepower, and establishing a perimeter to limit access to the compound and catch any Americans who might try to escape. A first wave of attacks set fire to the main building, forcing the Americans to flee to a fallback building a half mile away, where a second group of extremists attacked with mortar fire. Stevens died of apparent smoke inhalation when he was caught inside the main consulate building, becoming separated from the other fleeing diplomats.

Intelligence officials have focused their attention on Ansar al-Shariah, a Libyan militant group led by a former detainee at the U.S. military-run prison in Guantanamo Bay, Cuba.