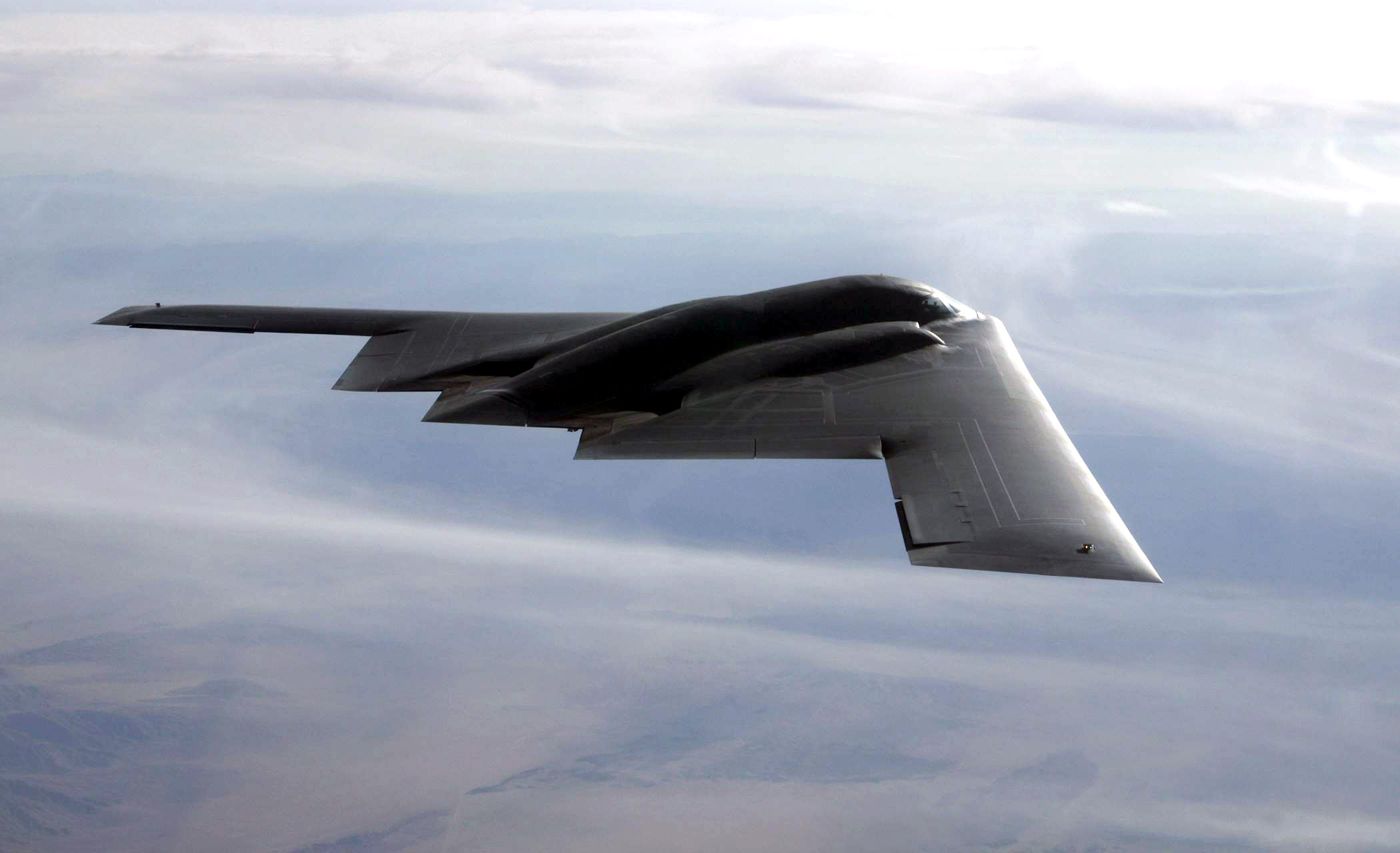 The United States military made the rare announcement Thursday that it had flown two of its most advanced bombers in an "extended deterrence mission" all the way from Missouri to the Korean Peninsula, where they dropped inert dummy bombs, in a move clearly aimed at warning North Korea against further provocations.

A statement released by United States Forces Korea said the sortie by the two B-2 Spirit stealth bombers "demonstrates the United States' ability to conduct long range, precision strikes quickly and at will."

A senior defense official told CBS Radio News correspondent Cami McCormick the B-2 flights were, "intended to demonstrate very clearly the resolve of the United States to deter against aggression on the Korean Peninsula, and our strong commitment to the U.S. alliance with South Korea."

CBS News White House correspondent Major Garrett reports that the B-2 flights come amid rapidly increasing tension on the Korean Peninsula as new North Korean leader Kim Jong Un has ratcheted up the level of both his threatening rhetoric, and his hostile actions against South Korea, and the United States.

Defense Sec. Chuck Hagel spoke Wednesday with the South Korean defense minister as part of an intensified effort by the Obama administration to coordinate reaction to the North's belligerence with South Korea and Japan.

Top officials tell CBS News they have also stepped-up communications with the new Chinese government, urging it to use its leverage to keep the peace when North Korea appears to be itching for war.

North Korea beats war drums every spring, when the U.S. and South Korea carry out planned military exercises. But Garrett says the recent rhetoric coming from Pyongyang has been more bellicose, and the young new leader is seen as unpredictable.

North Korea severed the last line of communication with the South on Wednesday, and placed its artillery and strategic rocket batteries on maximum alert, warning that a nuclear war could start any day.

"The intensity of the rhetoric is a lot hotter, the uncertainty is higher," North Korea expert and former U.S. diplomat Bill Richardson told CBS News.

North Korea conducted its third underground nuclear test in February, prompting another round of United Nations economic sanctions. It fired a long-range ballistic missile in December.

All this prompted the U.S. to reactivate a missile defense system to defend against any potential North Korean missile launch -- and to announce that 14 more missile interceptors would be located on the West Coast by 2017.

President Obama's top advisers say North Korea is following a familiar pattern of tests and threats -- one which wouldn't ordinarily provoke much alarm. But this time, says Garrett, the relatively unknown and untested young dictator in Pyongyang has the White House on-edge with his agitated actions and tone.

Many analysts believe Kim, only 30, is likely being so belligerent primarily to bolster his credentials with the North's military bureaucracy. But even experienced analysts like Richardson -- one of the few Americans with diplomatic experience in North Korea -- can't read his intentions.

"Who is in charge? I think it's the military and the hard-liners as opposed to the civilians and the foreign ministry," said Richardson. "That's not good."

Kim has shown a penchant for dramatic propaganda videos. One recently depicted North Korea invading South Korea, while another showed the U.S. Capitol and White House in flames.

Though the videos look comical, and photos of the young leader often show him poised in front of impossibly antiquated-looking technology, the U.S.'s commitment to defend South Korea against his army is very real.

Garrett points out that with brand new governments in North Korea, South Korea, Japan and China, President Obama is the veteran in the situation. His team conveys a sense of outward calm, hoping not to inflame the situation, but behind the scenes, war anxiety is rising.