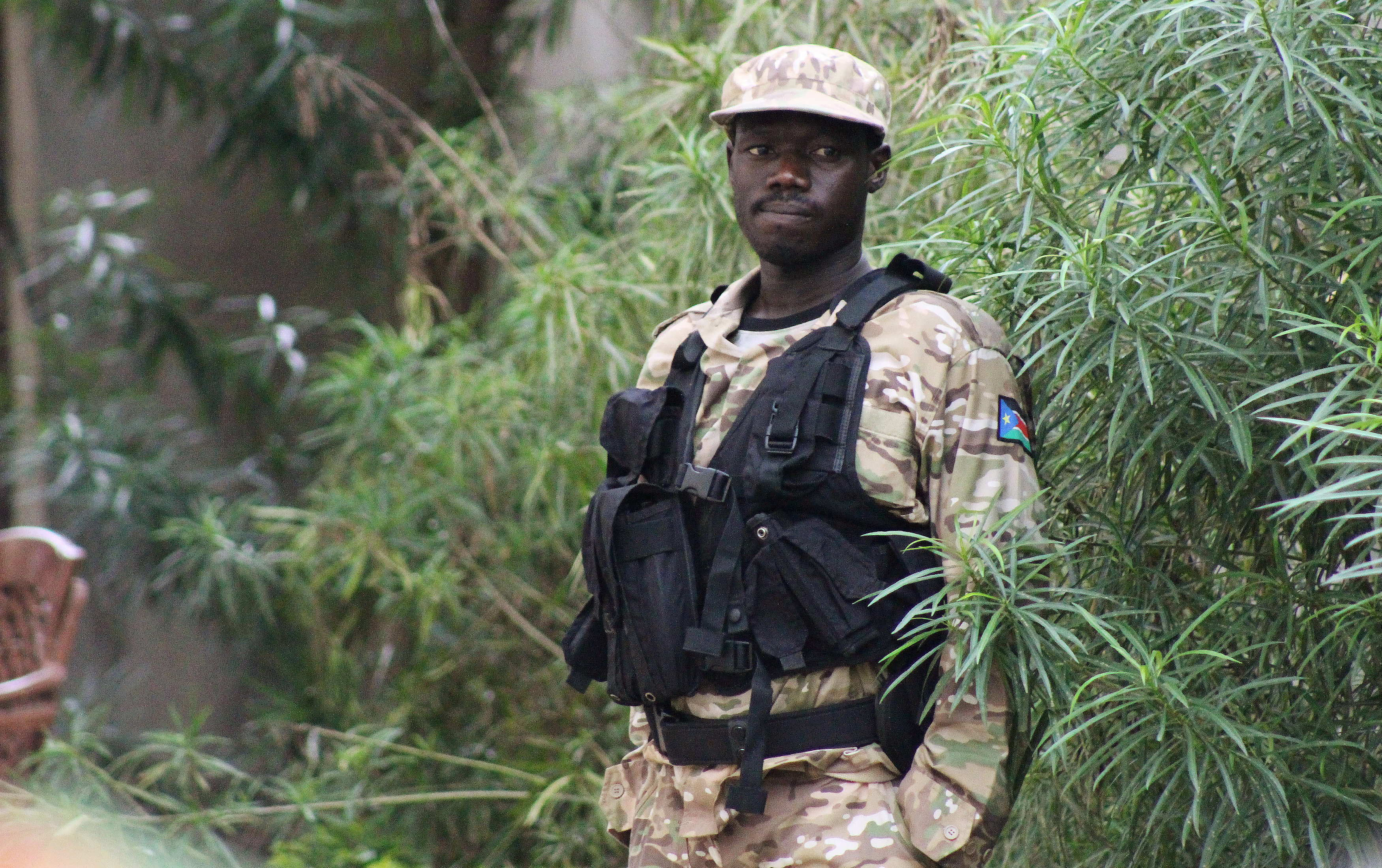 Due to the fighting, the U.S. State Department ordered the departure of non-emergency personnel from the U.S. Embassy in Juba, and warned U.S. citizens against traveling to South Sudan. The department said the new fighting marked a "sudden and serious deterioration in the security situation in the capital."

The Reuters news agency reported scores of people have been killed in the fighting, which broke out Thursday between forces loyal to President Salva Kiir and those favoring Vice-President Riek Machar, who led who led rebels during a two-year civil war.

An Associated Press reporter in the city reported shooting Monday morning that prevented residents from moving about the city.

An aid worker in Juba's Tomping area, which has embassies, the airport and a U.N. base, described a "massive explosion" shortly after 9 a.m. followed by further blasts

The United Nations Mission in South Sudan reported on Twitter that clashes restarted near its compound in the Jebel area, where some 30,000 civilians have taken refuge. The opposition also has a base near Jebel and its leader, First Vice President Riek Machar, also has his home in the area.