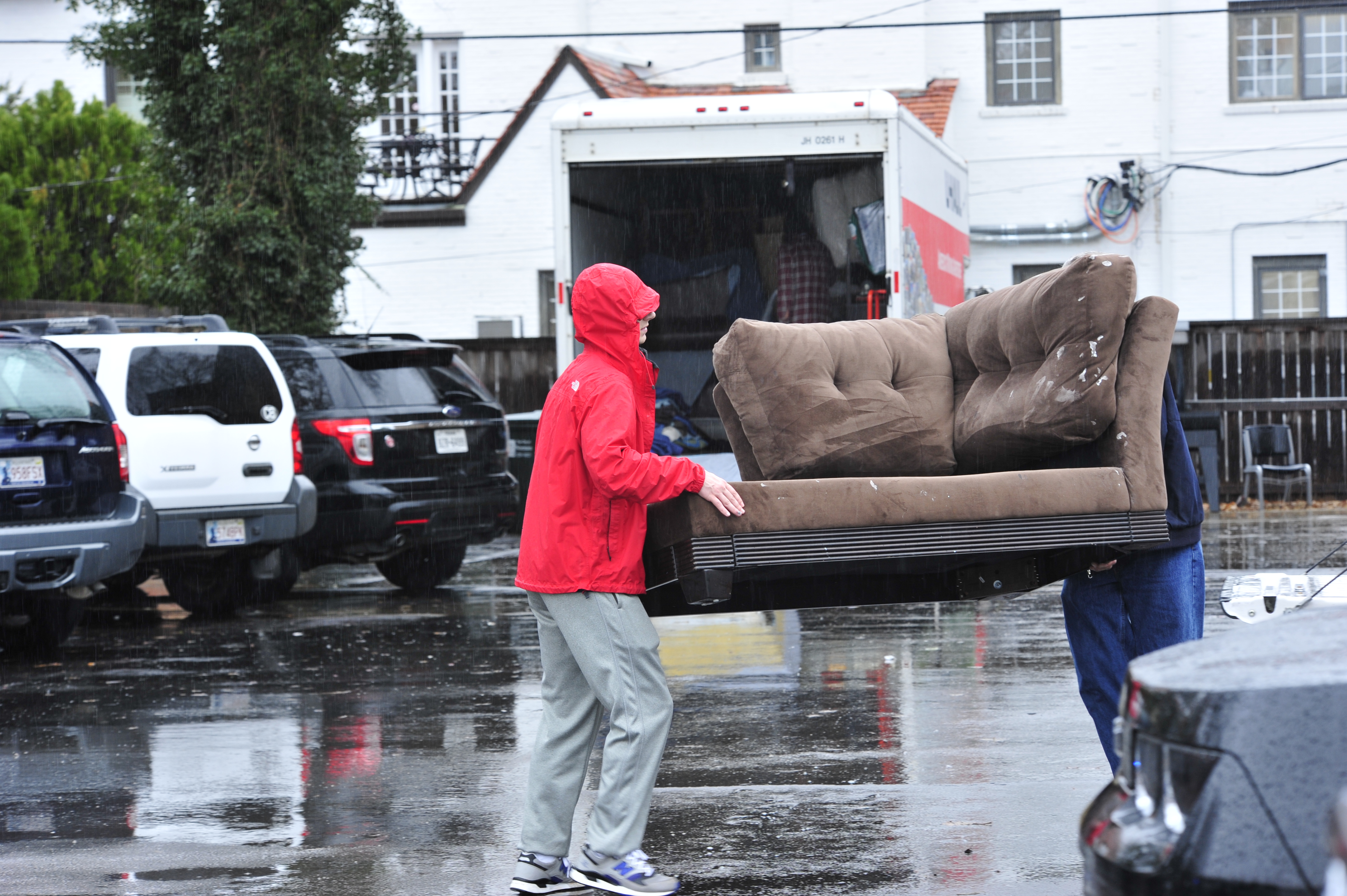 NORMAN, Okla. -- The University of Oklahoma's president expelled two students Tuesday after he said they were identified as leaders of a racist chant captured on video during a fraternity event.

University President David Boren said in a statement the two students were dismissed for creating a "hostile learning environment for others."

Their names were not released but the university's student newspaper, the Oklahoma Daily, identified one of the expelled students as freshman Parker Rice, a graduate of Jesuit College Preparatory School in Dallas.

Mike Earsing, the president of the high school, released a statement Tuesday addressing the news.

"In the recent video regarding OU and the SAE fraternity it appears that a graduate from Jesuit Dallas is leading the racist chant," Earsing said. "I am appalled by the actions in the video and extremely hurt by the pain this has caused our community. It is unconscionable and very sad that in 2015 we still live in a society where this type of bigotry and racism takes place."

The video posted online shows several people on a bus participating in a chant that included a racial slur, referenced lynching and indicated black students would never be admitted to OU's chapter of Sigma Alpha Epsilon.

Boren acted swiftly after the video surfaced late Sunday, severing ties with the fraternity and ordering its house shuttered Monday and announcing the expulsions Tuesday.

"I hope that students involved in this incident will learn from this experience and realize that it is wrong to use words to hurt, threaten, and exclude other people," he said.

Boren said the university is working to identify other students involved in the chant, who may also face discipline.

Windows at the fraternity were boarded up and moving vans were parked outside Tuesday. Members have until midnight to remove their belongings. The Greek letters have already been removed from the side of the sprawling, sand-colored brick house on a street lined with fraternity and sorority houses just west of the center of campus.

Markeshia Lyon, a junior from Oklahoma City and one of about 1,400 black students who attend the university's Norman campus, said the mostly segregated Greek culture at OU is partly to blame for creating an environment where racism can thrive.

She also said the video has sparked intense interest in addressing racial tensions on campus.

The university, located in the southern Oklahoma City suburb of Norman, has about 27,000 students, about 5 percent of whom are black.

Boren attended a pre-dawn rally organized by students Monday morning and lambasted the fraternity members involved as "disgraceful" and called their behavior "reprehensible."

National leaders of Sigma Alpha Epsilon said an investigation confirmed members took part in the chant and announced they would close the local chapter. The national group said it was "embarrassed" by the "unacceptable and racist" behavior.

The fraternity also said in a statement late Monday that the chant was not a part of fraternity tradition.

Boren said members of the fraternity were "not totally forthcoming." It's unclear who recorded the video, when it was recorded and who initially posted it online. Boren suggested it was likely taken by another student who didn't agree with what was being chanted.

Telephone and email messages left Monday with several members of the fraternity seeking comment on the video were not returned. Other members declined to comment.