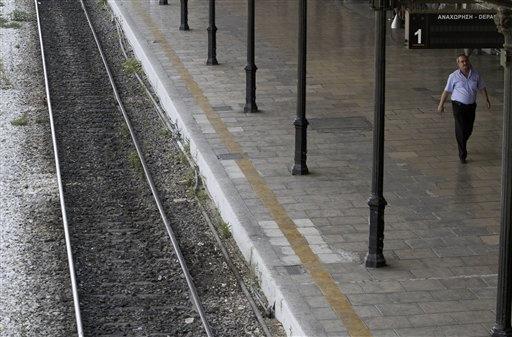 Iran and North Korea, two nations in what Bush has branded an "axis of evil," dominated the president's attention along with trade and economic issues at the opening of a 21-nation summit of Asian-Pacific leaders. Russian President Vladimir Putin agreed with Bush on the need to maintain pressure on Iran and prevent it from acquiring nuclear weapons, the United States said.

Although it boycotted talks in September, North Korea has told China in recent weeks that it is prepared to participate in the six-nation negotiations aimed at ending its nuclear weapons program, a senior administration official said. "When or how or who - they did not say," the official said, briefing reporters on Bush's discussions on condition of anonymity. The United States hopes to restart the talks by year's end or early next year.

Fresh from his re-election, Bush met in rapid succession in his hotel with the leaders of Japan, South Korea, China and Russia, his partners in the talks with North Korea, which is led by the mercurial dictator, Kim Jong Il.

Reporting on his discussions, Bush said that "the will is strong, that the effort is united and the message is clear to Mr. Kim Jong Il: Get rid of your nuclear weapons programs." Addressing business leaders, he urged nations to purge government corruption, support free trade and strengthen anti-terrorism efforts.

Hu said he and Bush both hoped the North Korean crisis "can be solved peacefully through dialogue." Japanese Prime Minister Junichiro Koizumi also expressed a desire for a diplomatic solution. Hu and Bush exchanged invitations for visits to each other's country, but neither leader agreed to go.

None of the leaders demanded more flexibility in the North Korean talks or wavered on any of the key issues, the senior official said. The message coming out of Santiago is that "all five who are here are ready to go," the official said.

On Iran, the United States is skeptical about Tehran's intentions in talks with Britain, France and Germany about eliminating or dismantling its nuclear weapons systems. Facing a Monday deadline to halt all work related to uranium enrichment, Iran reportedly is producing significant quantities of a gas that can be used to make nuclear arms.

"This is a very serious matter," Bush said, sitting alongside Koizumi. "The world knows it's a serious matter and we're working together to solve this matter." The United States intends to ask the U.N. Security Council to consider economic and diplomatic sanctions against Iran.

Mr. Bush lauded the efforts of European nations involved in diplomacy to persuade Iran not to pursue nuclear weapons. Iran last week agreed to suspend uranium enrichment and all related activities in a deal worked out with Britain, France, Germany and the European Union. "They (European nations) do believe that Iran has got nuclear ambitions, as do we, as do many around the world," Bush said.

The deal, which goes into force Monday, prohibits Iran from all uranium gas-processing activities, as well as other programs linked to enrichment.

North Korea, after three rounds of inconclusive talks with the United States and others, boycotted the September session, apparently waiting to see who would win the U.S. election. Washington is pressing for an unconditional resumption of talks early next year.

Believed to have one or two nuclear weapons and possibly more, North Korea is demanding security guarantees as a price for ending the impasse. Washington wants an immediate halt and U.N. inspections of North Korea's nuclear activities. The United States says it can consider security guarantees and economic aid if the freeze on weapons development doesn't last long and is followed by a swift dismantling of nuclear facilities.

"What's very important is for the leader of the North Korea to understand that the six-party talks will be the framework in which we continue to discuss the mutual goal we all have, which is to rid the Korean Peninsula of nuclear weapons," Bush said.

Both Bush and the Chinese leader, Hu, expressed a commitment to success.

"Both sides expressed the hope that the issue will be solved peacefully through dialogue," Hu agreed.

Bush also met with the leaders of Indonesia and Canada.

Koizumi gave a hearty nod of agreement when Bush reiterated his administration's commitment to a strong dollar and cutting the deficit.

The dollar slumped to record lows Friday against the euro and a 4-year low against the Japanese yen, prompting America's trading partners to cry foul because such currency devaluation threatens their exports into the United States by making them more expensive. But a gradually declining dollar could boost the sale of U.S. goods overseas, which could narrow America's trade deficit.

Bush tried to ease global concerns about the sinking value of the dollar; a drop based in part on investors' fears about the huge U.S. trade and budget deficits. He said the United States is committed to a strong dollar and pledged to work with Congress to reduce short-term and long-term deficits.

Chinese President Hu Jintao pledged anew that China will move to flexible exchange rates that reflects market demands. China has tied its currency, the yuan, at a fixed rate to the dollar. U.S. manufacturers say the tactic has undervalued the Chinese currency by as much as 40 percent and given Chinese companies a huge competitive advantage over U.S. manufacturers.

"I explained to him that my nation is committed to a strong dollar, and I assured him that in my upcoming contacts with members of Congress we will work to reduce both our short-term and our long-term deficit," Mr. Bush said. He offered no concrete steps his administration might take to bolster the dollar. Federal Reserve Chairman Alan Greenspan said Friday such actions usually are short-lived and ineffective.

Koizumi said "a strong dollar has a good impact on the U.S. economy and it's also important for the world economy."

The issue of Iraq was low on the agenda here, a sharp contrast to other recent APEC gatherings.

Koizumi remained vague about whether his nation's troops will continue their reconstruction work in southern Iraq past their December deadline amid fears of escalating violence. And he made it plain that Tokyo would make its own decisions about troop deployments.

"Japan intends to continue to do as much as it can, based on its own initiatives," Koizumi said. "I told Mr. President that we would like him to leave it for us to decide what kind of assistance that we would be providing, and the president was agreeable to that."

Later Saturday, Mr. Bush's attendance at official sessions of the annual 21-nation Asia-Pacific Economic Cooperation forum and a speech before regional business executives provided a platform for his other agenda items for the weekend: enhanced anti-terror measures and freer trade.

Even before Mr. Bush arrived in this scenic Chilean capital, the summit drew thousands of protesters - many of them opposing the U.S.-led war in Iraq - to the streets of Santiago, and more were expected Saturday.

The summit, which ends on Sunday, has been disrupted by protests that erupted in poor neighborhoods away from the well-guarded luxury hotels in Santiago where Bush and fellow world leaders were meeting. Gunfire rattled the city, wounding at least three people.