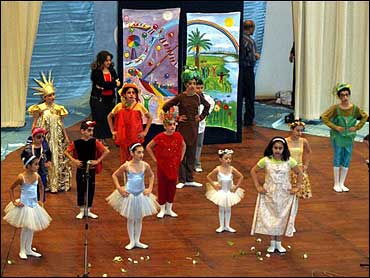 After a one-day lull, bloodshed surged again in the capital Saturday, with at least 17 people dead in attacks and 27 probable victims of sectarian killings found dumped in the streets as Iraq's prime minister launched a fresh appeal for reconciliation.

Violence has escalated sharply in Baghdad over the past week, except for Friday, when only three killings were recorded — two Iraqis shot to death and a U.S. soldier killed by a bomb.

Saturday's toll raised the city's violent deaths to more than 180 just since Wednesday — either slain by bombs and gunfire or tortured and shot before being dumped, a hallmark of reprisal killings being waged between Shiite and Sunni Muslims.

"National reconciliation is a correct way of thinking and carries a high feeling of responsibility," al-Maliki said. "To succeed in this today, we have to embrace the culture of dialogue and reconciliation."

Al-Maliki said that once the plan managed to create an "atmosphere of reconciliation and dialogue," his government would take steps based on the views expressed both by non-governmental groups and by tribal leaders — who last month agreed to back his effort.

"These decisions will be historic and they should be shouldered by all the groups participating in the political process," he said.

The U.S. military confirmed that Iraqi security forces plan to dig trenches and set up berms around Baghdad in an attempt to prevent insurgents and explosive-laden cars from getting into Baghdad.

"There is a plan in progress for a security belt around Baghdad that includes trenches and other obstacles for channeling exit from and entry to the city through checkpoints controlled by Iraqi forces. This is a cooperative effort between the Iraqi government and the coalition," said Lt. Col. Barry Johnson, a military spokesman.

A suicide car bomb aimed at U.S. and Iraqi vehicles in the capital's southern Dora district killed three Iraqis who were shopping in a market and wounded 19 people, police 1st Lt. Maitham Abdul-Razaq said. He said another car bomb killed two soldiers and a civilian downtown.

In the volatile western city of Ramadi, meanwhile, a suicide bomber on a motorcycle killed three Iraqi policemen outside a hospital and a car bomb killed four officers at a checkpoint, a police official said, speaking on condition of anonymity because he was not authorized to speak to the media.