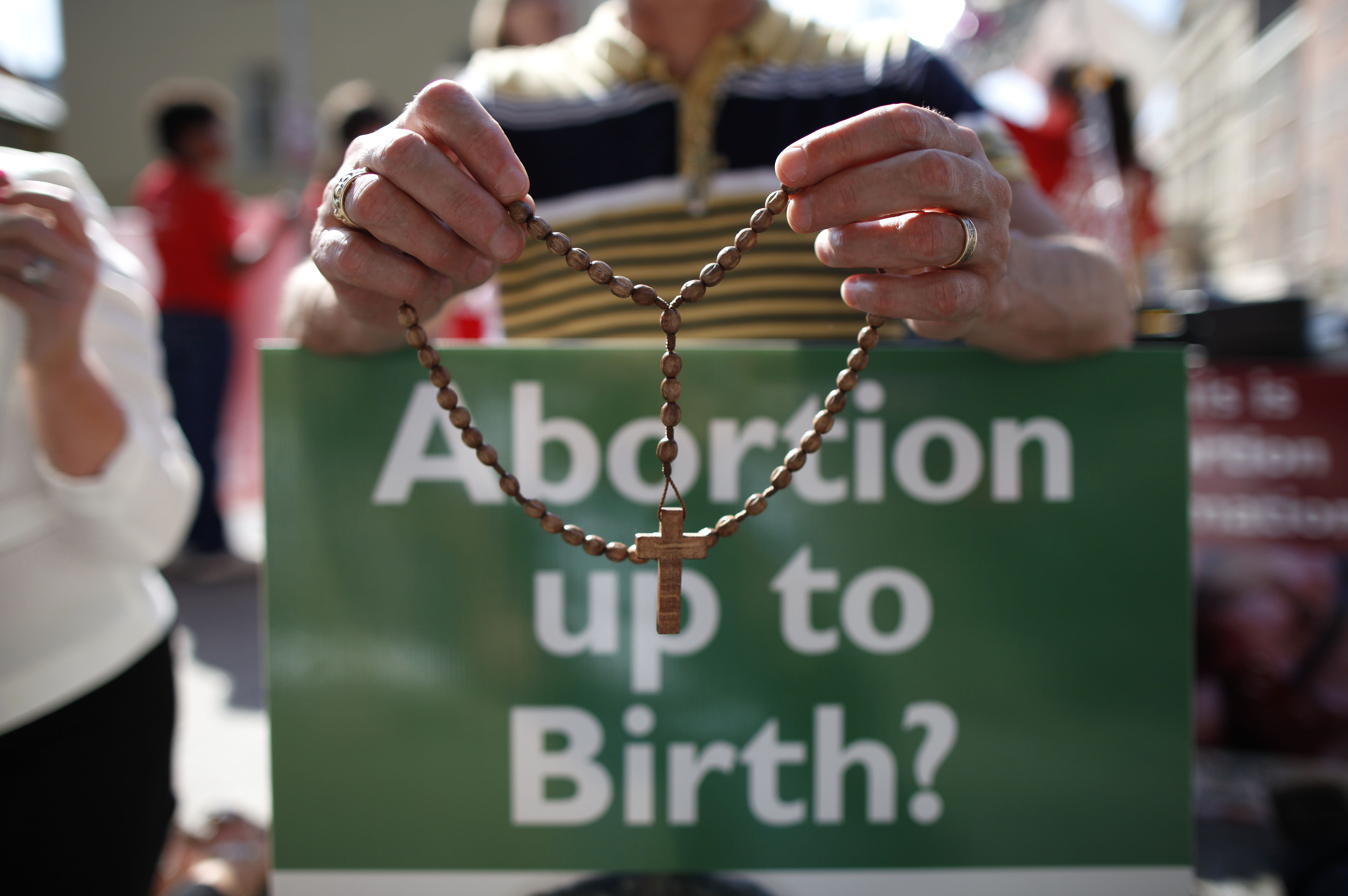 The 29-page report from the Geneva-based U.N. Human Rights Committee accepted a complaint filed by Amanda Mellet, a Dublin woman who was denied a 2011 abortion in Ireland after her doctor informed her that her fetus had a fatal heart defect and could not survive outside the womb.

Ireland permits abortions only in cases where the woman's own life is endangered by continued pregnancy. Its ban on abortion in all other circumstances requires women to carry a physiologically doomed fetus to full term in Ireland or travel abroad for abortions, usually to England, where thousands of Irish citizens have abortions annually.

The panel wields no power to compel change from Ireland, a predominantly Roman Catholic nation that maintains the strictest laws on abortion in the 28-nation EU. Ireland's government offered no immediate reaction to the findings.

But human rights watchdog Amnesty International said the U.N. findings should shame Ireland into further action, three years after the country legalized abortions deemed necessary to save a pregnant woman's life. That move followed the 2012 death in an Irish hospital of an Indian woman, Savita Halappanavar, who suffered lethal blood poisoning while doctors refused to perform an abortion of her dying fetus.

"The Irish government must take its head out of the sand and see that it has to tackle this issue," said Colm O'Gorman, Amnesty's director in Ireland.

A series of opinion polls since 2013 have recorded majority support for extending abortion access to cases involving fatal defects and pregnancies caused by rape or incest, but anti-abortion activists argue that permitting any further exceptions to the ban would lead eventually to the legalization of abortion on demand.

The U.N. report said Ireland's law made the rights of inviable fetuses superior to the rights of women and this arbitrary imbalance "cannot be justified," because the unborn child's life cannot be saved. It said Ireland's restrictions on providing clear advice and state-supported medical care to women who receive abortions overseas caused Mellet "intense suffering" and her experience "amounted to cruel, inhuman or degrading treatment."

The panel called on Ireland to amend its laws to comply with U.N. treaty obligations, provide financial compensation to Mellet and ensure she has access to state-supported counseling services. It said Ireland specifically should amend its laws to ensure that no other women with pregnancies involving fatal fetal abnormalities should be forced to carry them to full term.

The experts also found that Ireland's underlying criminal law on abortion was "discriminatory because it places the burden of criminal liability primarily on the pregnant woman."

Mellet testified that Dublin doctors informed her during scans that her child was likely to die inside the womb but could not be aborted, only removed after it perished. After three weeks, she checked with doctors to see if her now 24-week-old fetus still had a heartbeat and, when told it was still alive, traveled with her husband to the English city of Liverpool. There, doctors induced a 36-hour labor that ended in a stillborn baby girl.

Mellet was denied any access to state-funded bereavement counseling in Ireland because Irish maternity hospitals are permitted to provide such services only to women who agree to carry their fetuses to the point of birth or miscarriage. Her legal complaint was accompanied by expert opinions from a Trinity College Dublin professor in midwifery and a clinical psychologist who found that Ireland's restrictions inflict unnecessary long-term trauma on women carrying fetuses likely to die in the womb or at birth.

The woman told the panel she had wanted to take her stillborn daughter's remains back with her to Ireland, but the Liverpool hospital didn't permit this. "She received the ashes, unexpectedly, three weeks later by courier, which deeply upset her," the report said.