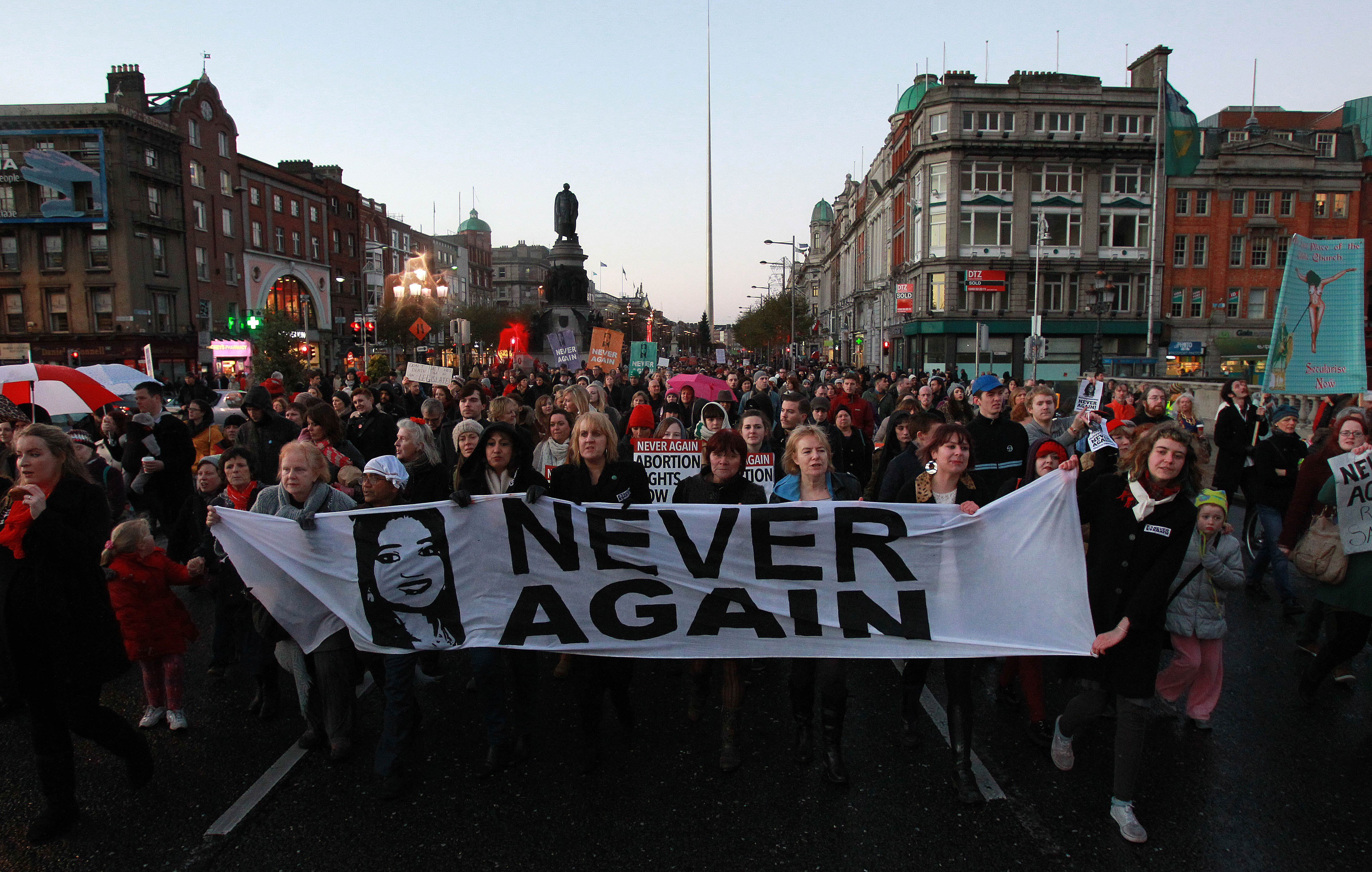 DUBLIN -- Ireland is debating its ban on abortion again as doctors keep a brain-dead pregnant woman on life support, awaiting a judge's verdict on what do to with the living fetus.

Irish media reported Thursday that relatives want to turn off the woman's life support systems but doctors are refusing because the law requires them to defend the right to life of her 16-week-old fetus. Fetuses typically cannot survive outside the womb until around 24 weeks.

An expert on Irish medical law, Dr. Adam McAuley, said Dublin High Court most likely would determine whether the woman will be kept alive artificially until the baby can be delivered. The case is scheduled for Tuesday.

"The law isn't clear, and when there is conflict, the matter will have to come before the court," said McAuley, a Dublin City University law lecturer.

The Irish Independent reports that the woman, in her 20s, suffered a blood clot that left her brain dead. A constitutional amendment gives the rights of mothers and the unborn equal status, the paper explained, leaving doctors legally unable to carry out the family's wishes.

Such disputes have become increasingly frequent in Ireland, a predominantly Catholic land from which more than 4,000 women travel annually to receive abortions in neighboring England. That option doesn't exist for ill women medically unable to leave the island.

Last year after bitter debate, lawmakers amended Ireland's abortion ban to make terminations legal if doctors determine the woman's life is at risk from continued pregnancy. That step had been delayed for two decades. It finally happened after an Indian woman, Savita Halappanavar, died from blood poisoning linked to her own dying fetus; the Irish hospital had refused her plea for an abortion, citing the fetus' heartbeat.

Varadkar said the ban exerts "a chilling effect on doctors. Difficult decisions that should be made by women and their doctors, a couple or the next-of-kin where there is no capacity, and on the basis of best clinical practice, are now made on foot of legal advice. That isn't how it should be."