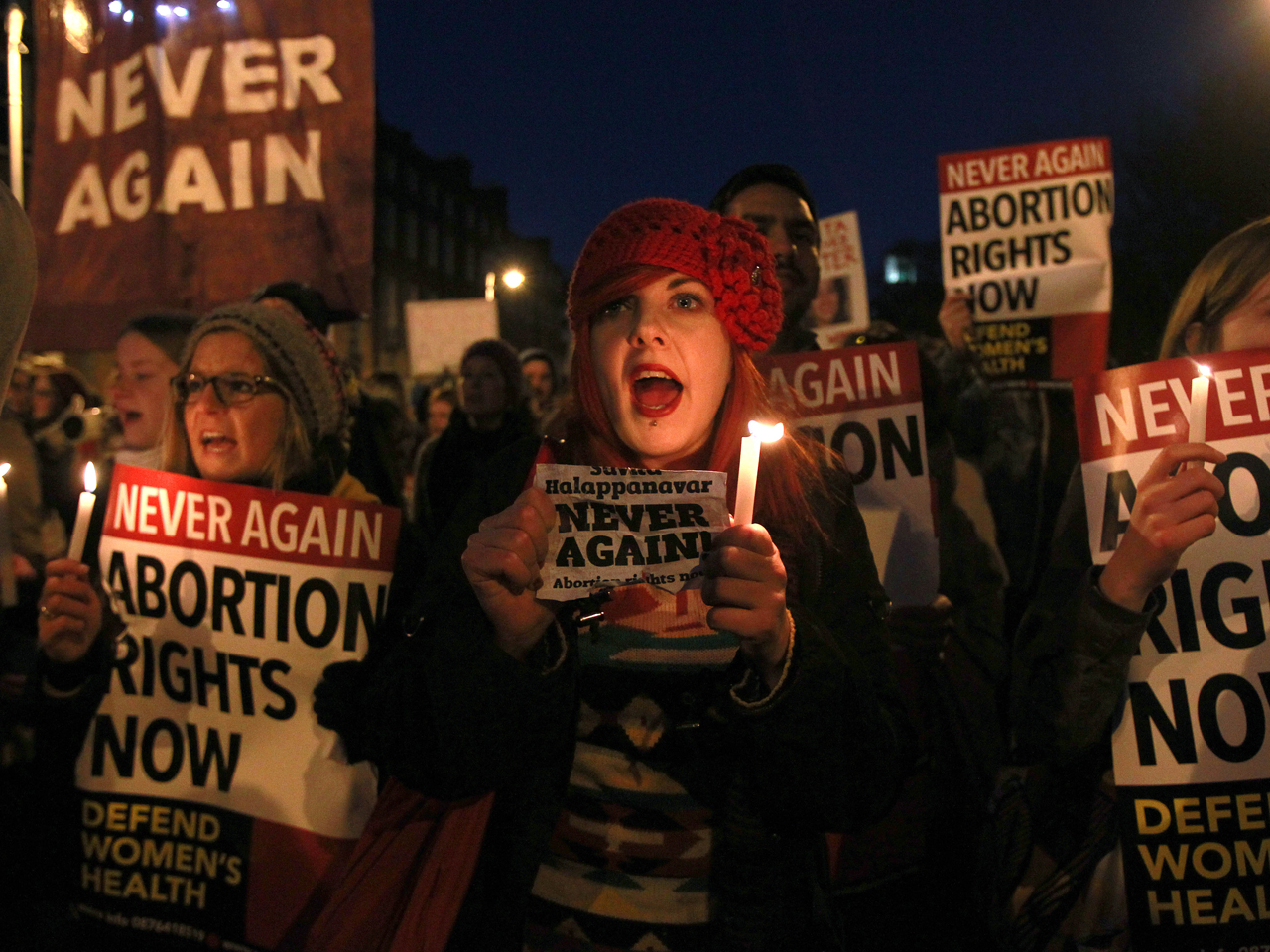 Irish lawmakers have approved a new proposal that will allow women in life-threatening situations to get an abortion.

The Protection of Life During Pregnancy Bill, proposed by Prime Minister Enda Kenny, received a 127 to 31 vote in favor of the new rule. The lawmakers had previously voted to support the law 138 to 24 on July 2.

Ireland is one of the only countries in Europe that does not allow abortions under any circumstance. The European Court of Human Rights has previously said that Ireland's restrictions on abortion was a human rights violation.

However, in 1992, the country's Supreme Court said that abortions could be legal if it is necessary to protect the mother's life, even if it is from her own suicide threats. The ruling was made in response to a case known as the X case, which involved 14-year-old girl who had been raped by her neighbor and was prevented from leaving Ireland in order to get an abortion.

Catholic abortion rights opponents particularly were against the suicide clause, because they said it could be abused by people who were not in life-threatening situations.

The debate was further fueled by the case of Savita Halappanavar, a 31-year-old dentist who died after she had a miscarriage. Halappanavar was admitted to a Galway hospital complaining of severe back pain when she was 17 weeks pregnant on Oct. 21. Her husband said doctors knew she was miscarrying and refused to do anything about it, with one doctor saying it was because they were in "a Catholic country." Despite the Supreme Court ruling, there is no law that currently allows doctors to perform abortions.

Praveen Halappanavar, Savita's husband, told the Irish Times that his wife knew that she was losing the baby and had accepted it, but was told as long as there was a fetal heartbeat the medical staff couldn't do anything. He said his wife vomited and repeatedly collapsed, but the doctors did not intervene. Though the fetus was removed after it was dead, his wife had sepsis or systemic blood poisoning. She went into multi-system organ failure and was pronounced dead on Oct. 28.

"It is a pity because I thought Ireland would care more for someone so young who died. That let me down. ... Maybe Savita was born to change the laws here," he said.

Experts ruled on June 13 that there were "a cascade of mistakes" that lead to Savita's death. Not only should doctors have detected she had blood poisoning sooner, but if she had been offered an abortion she would have had a higher chance of survival.

Mara Clarke, director of the London-based Abortion Support Network, said to the Guardian that even if the law was changed to help the women in life-threatening situations, more access needs to be provided to all women. Clark's organization helps raise money for Irish women to travel and receive abortions in England.

"I am an expert in what happens to women when access to abortion is restricted. Even if this law is enacted, only a very, very small percentage of women who need abortions will be able to access them in Ireland," she said, "Women pregnant as result of rape, women with fatal foetal anomalies, couples who simply can't afford to care for a (or in most cases, another) child, will still be left behind."

Clarke brought up the cases of a woman who had an abusive husband who hid her passport, another woman who thought about crashing her car in order to have an abortion and other couple who wanted an abortion because the fetus had "catastrophic" genetic anomalies. All those cases came to her door within one week.

"The new law does add clarity, but requiring women to seek multiple approvals from health professionals may delay or defeat access to legal abortions," Gauri van Gulik, women's rights advocate for Human Rights Watch, said to CNN. "Ultimately it does little to improve the draconian restrictions on abortions."