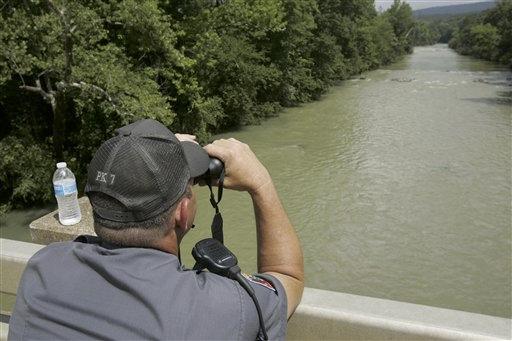 Hordes of angry opposition supporters are still marching through the snowy capital of Ukraine in sustained dispute over last weekend's elections. The protests have been marked by civility, although the opposition leader threatened strikes by his supporters after being declared the looser.

"We cannot accept this result as legitimate because it does not meet international standards and because there has not been an investigation of the numerous and credible reports of fraud and abuse," Powell said.

But, as Roth reports, Ukraine's ruling party has rejected the West's criticism as interference. The government's position is that Yanukovich, backed by Moscow and favoring close ties to Russia, is officially president-elect.

Powell said there would be consequences for U.S.-Ukraine relations if the government there did not act "immediately and responsibly" to find a solution that respected the will of its people.

If Ukraine does not respect the popular will, Powell suggested that the country's ambitions to join European institutions could be thwarted.

In other countries where fraudulent elections have been held, the United States has revoked the visas of officials responsible and frozen their U.S.-based assets. U.S. officials said those penalties are possible in Ukraine unless officials take corrective measures.

"It is still not too late," Powell said, expressing support for an offer to mediate by Polish President Aleksander Kwasniewski

Russia has been an unabashed supporter of Yanukovych. Indications of Russian meddling in the process have troubled Washington, although leaders haven't said outright that they support opponent Victor Yushchenko, who appeared to be appalled by the government's decision on the election early Wednesday.

"This decision puts Ukraine on the verge of civil conflict," Yushchenko said, calling for a transport stoppage and other strike action.

"With this decision, they want to put us on our knees," he told his followers massed in Independence Square, as the crowd chanted: "Shame! Shame!"

But Powell withheld criticism of Moscow. After conferring with Russian Foreign Minister Sergei Lavrov, Powell said Washington and Moscow are both interested in finding a peaceful solution to the problem.

Ukraine was one of the most valued republics of the former Soviet Union, given its size and resources. The country's current population is 50 million. But Ukraine never felt comfortable under Soviet control and opted for independent status in 1991.

Russia has been eager to retain influence over Ukraine, which occupies a strategically sensitive position between Russia and NATO's eastern flank. Russia has regarded the pro-western Yushchenko as a threat to it interests in the region.

The Bush administration appreciates Ukraine's deployment of 1,600 troops to Iraq but has said this contribution does not offset the need for a credible electoral process.