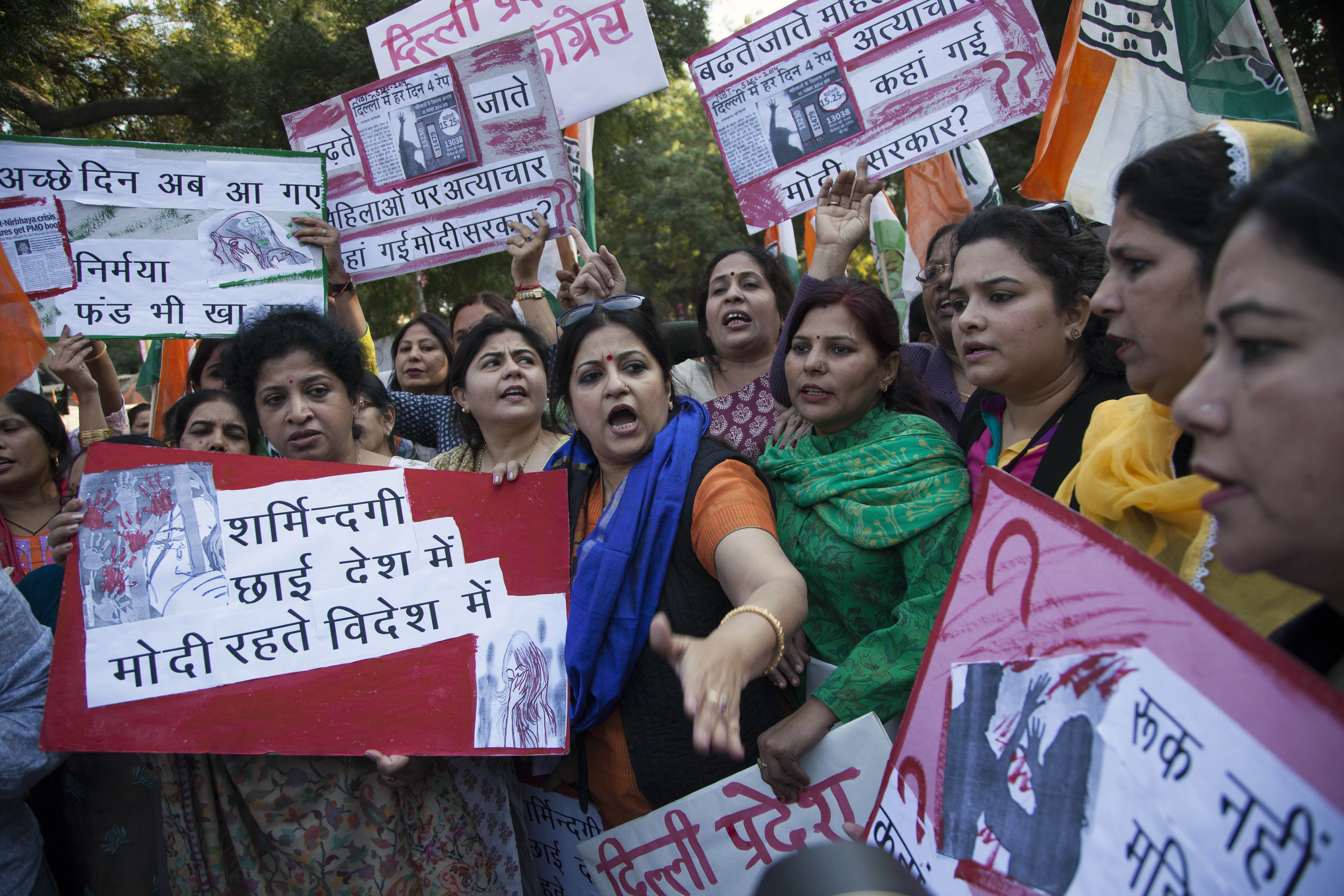 NEW DELHI -- The Indian capital on Monday banned taxi-booking service Uber after a woman accused one of its drivers of raping her.

Transport official Satish Mathur made the announcement as the 32-year-old suspect appeared in a New Delhi court.

The court ordered Shiv Kumar Yadav held for three days for police questioning over allegations that he raped the finance company employee after being hired to ferry her home from a dinner engagement on Friday night. The court also ordered Yadav's cellphone confiscated, according to Press Trust of India.

The case, almost two years after a young woman was fatally gang raped on a bus in the capital, has renewed national anger over sexual violence in India and demands for more effort to ensure women's safety.

The government rushed through legislation last year to double prison terms for rape to 20 years and to criminalize voyeurism, stalking and the trafficking of women. But activists say much more needs to be done, including better educating youths and adding basic infrastructure such as street lights and public bathrooms.

The CEO of San Francisco-based Uber, Travis Kalanick, said the company would do "everything to bring the perpetrator to justice and to support the victim and her family in her recovery."

He also sought to deflect some of the blame on to officials, saying the company would work with the government to establish clear background checks that are "currently absent in their commercial transportation licensing programs."

It was not immediately clear if Uber itself performed any background check, nor was it clear whether Yadav would even have been flagged. Police told Press Trust of India they were working to verify Yadav's claims that he had been acquitted of rape charges in 2011, after spending seven months in jail. PTI did not give any further details or name the police source.

The New Delhi ban is a blow for Uber, which has courted acclamation and controversy around the world with a service based on hailing taxis from a smartphone app. It has faced restrictions in other countries after licensed taxi operators claimed the service was competing unfairly.

The service, which uses private cars rather than licensed cabs, promises a quicker response time that is often less than 10 minutes. Drivers respond using their own Uber-provided smartphones mounted on the dashboard and follow a GPS map to an exact location.

The service said last week it has raised $1.2 billion in its latest round of outside funding, valuing the company at $40 billion.

He said the 26-year-old victim had fallen asleep during the ride home. When she woke up, she found the car parked in a secluded place. The driver then threatened her, raped her and then took her home around 1 a.m. Saturday.

Police arrested the driver Sunday night in his hometown of Mathura, about 100 miles from the capital, after he had abandoned the Uber-registered car and fled New Delhi. The car has been brought to Delhi for forensic examination, Singh told parliament.

Dozens of angry protesters rallied outside the home minister's house on Monday morning to demand more action to ensure women's safety. Police detained several people who were part of another anti-violence protest group that burned an effigy of Prime Minister Narendra Modi in front of his political party's headquarters.