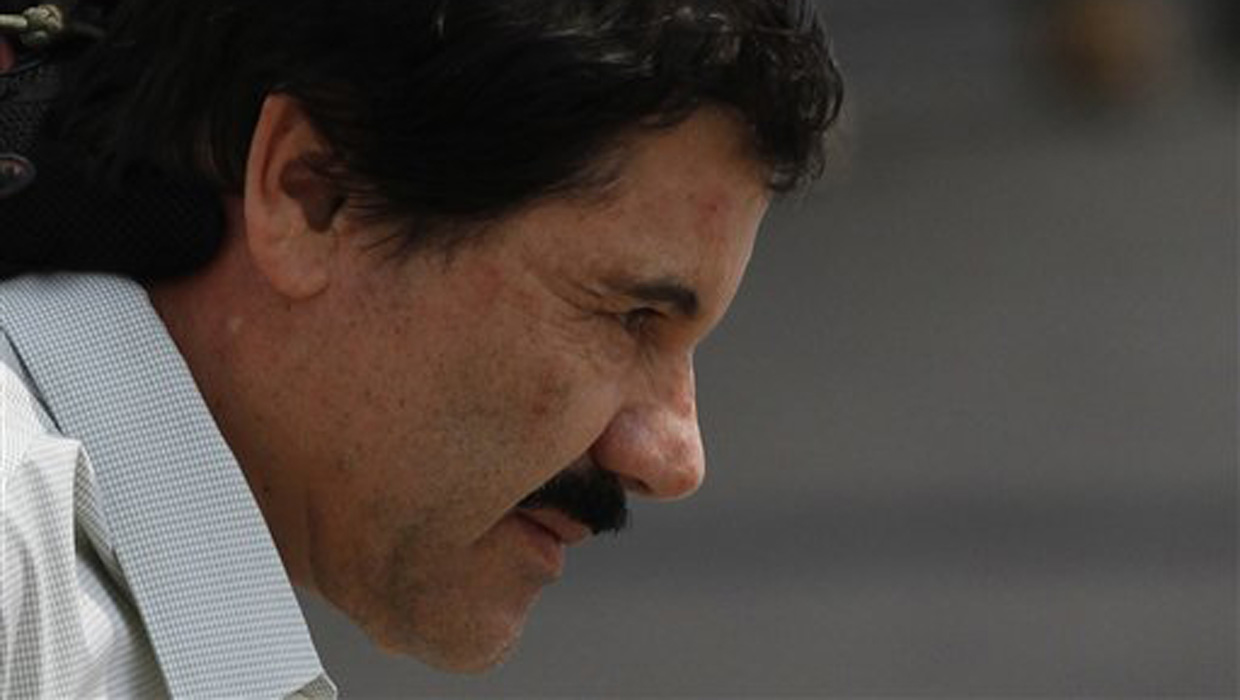 CHICAGO -- Reactions in the United States to the escape from Mexican prison of a reputed drug lord ranged from disbelief to outrage, with some observers saying it dramatically illustrated the need for captured cartel kingpins to be promptly extradited to the U.S.

A former administrator of the Drug Enforcement Administration said he was dismayed by Joaquin "El Chapo" Guzman's weekend escape - apparently through a mile-long tunnel - from the Altiplano prison, 55 miles west of Mexico City.

"It is a shock that the most dangerous cartel leader in the world has escaped," Peter Bensinger said Sunday. "He ought to have been housed in an American prison."

Washington's official response was diplomatic, as Attorney General Loretta Lynch said in a statement Sunday that the U.S. shared "Mexico's concern regarding the escape" and stood by to help in the manhunt.

"I think this will add to the distrust many U.S. agencies feel (toward the Mexican government) - even if that's not publicly voiced," said David Shirk, San Diego-based fellow for the Woodrow Wilson International Center for Scholars.

At least some observers said they weren't surprised by Guzman's escape given Mexican prisons' reputation, including Gal Pissetzky, a defense attorney who has represented suspected drug traffickers in U.S. courts nationwide.

"I'm surprised he stayed locked up in there as long as he did," Pissetzky said.

The Chicago Crime Commission, an influential crime-fighting group in Illinois, said Sunday that the prison break meant Guzman will regain his title as Public Enemy No. 1 in Chicago, where his Sinaloa cartel has long dominated the cocaine and heroin trade.

When the group attached the Public Enemy label to Guzman a year before his capture, it was the first time it had been used since it was applied in 1930 to Prohibition-era gangster Al Capone. The Chicago Crime Commission planned to formally restore the title to Guzman this week, said John Pastuovic, a spokesman for the non-governmental body.

Several U.S. attorneys' offices have indicted Guzman on trafficking charges, including in Chicago, where several Guzman lieutenants were successfully extradited, prosecuted and imprisoned. The U.S. had said after Guzman's 2014 capture that it would file an extradition request, though it's unclear if that already happened.

Authorities are scrambling to find out what went wrong, and who was involved, reports CBS News correspondent Carter Evans. More than 30 prison guards have been interrogated and Mexican president Enrique Peña Nieto vowed to track Guzman down.

"I am deeply dismayed," said Nieto. "This is certainly an affront to the Mexican state."

For its part, Mexico's government at the time denied the need to extradite Guzman even as many expressed fears he would inevitably escape. He had escaped before, in 2001, while serving a 20-year sentence in another maximum-security prison in Mexico.

That air of self-confidence among Mexican authorities will be harder to maintain if and when Mexico recaptures Guzman or nabs some other cartel leader, Shirk said.

"The calls for extradition (to the U.S.) will be more intense" in the wake of Guzman's escape, he said. "It'll be more difficult for the Mexican government to say, 'No, no. We have this under control.'"

Added Shirk, "It is clear that maximum security prisons in Mexico are anything but."