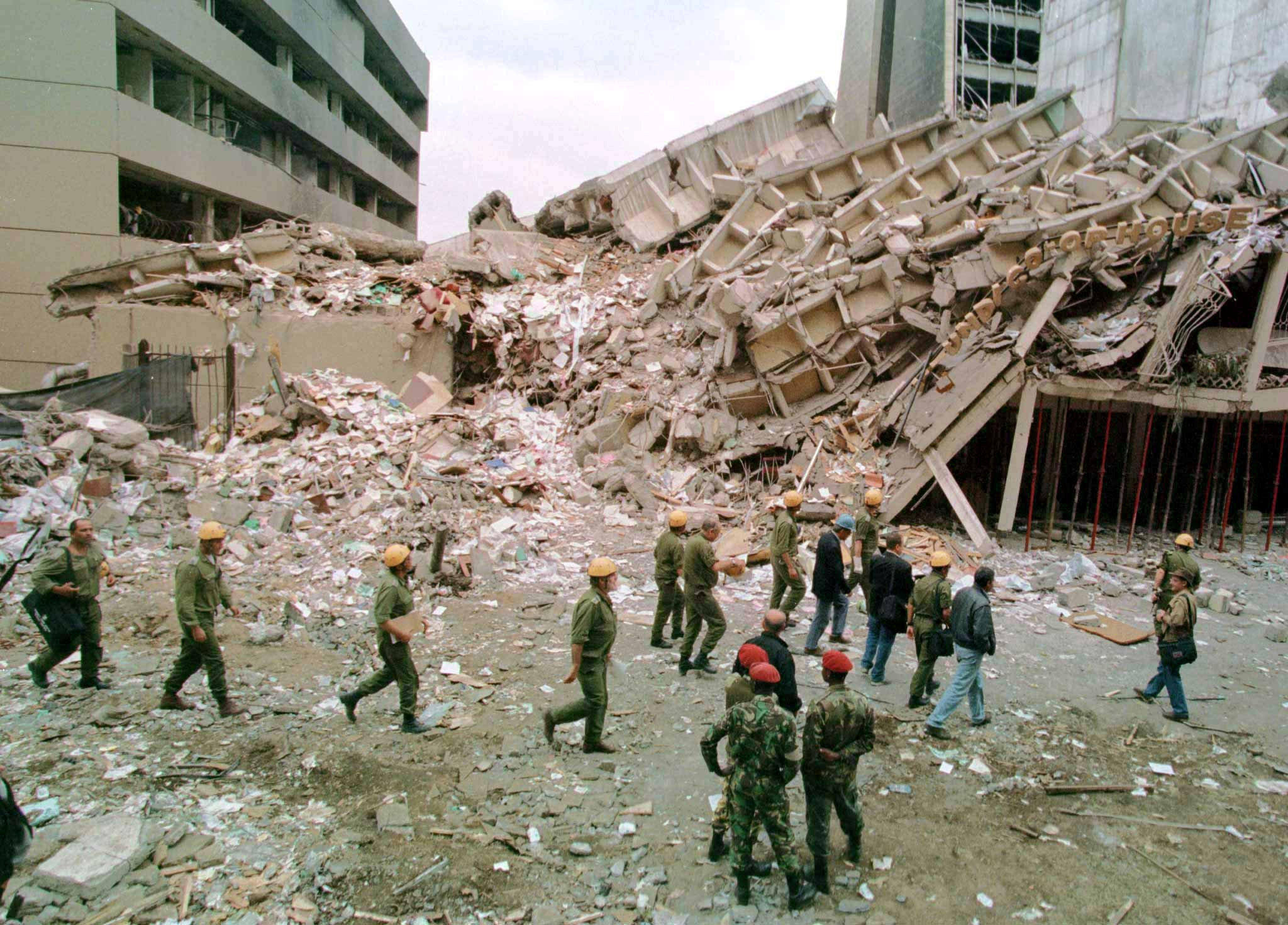 WASHINGTON — The United States is doubling rewards for al Qaeda leaders charged for their roles in the 1998 bombings of U.S. embassies in East Africa.

The reward for information leading to the location, arrest or conviction of Abdullah Ahmed Abdullah and Saif al-Adel is now $10 million each — up from $5 million offered since 2000, the State Department announced on Wednesday.

The two leaders were charged by a federal grand jury for the Aug. 7, 1998, attacks in Dar es Salaam, Tanzania, and Nairobi, Kenya. The bombings killed more than 250 people, including 12 Americans, and nearly 5,000 others were injured.

Tuesday marked 20 years since the bombings, which were the first major al Qaeda attack on U.S. targets. They took place three years before the Sept. 11, 2001, attacks in New York and Washington that killed nearly 3,000 people.

The State Department said both men have been members of al Qaeda's leadership council.

Al-Adl was also on its military committee and served as a senior lieutenant to Abu Musab al Zarqawi, who founded al Qaeda in Iraq, which later became the Islamic State of Iraq and Syria (ISIS), according to his profile on the State Department's Rewards for Justice website.

Abdullah is described as "an experienced financial officer, facilitator, and operational planner" for al Qaeda.

Authorities encouraged anyone with information to contact the Rewards for Justice office at info@rewardsforjustice.net or 1-800-877-3927, or by mail.

"All information will be kept strictly confidential," a State Department statement said.