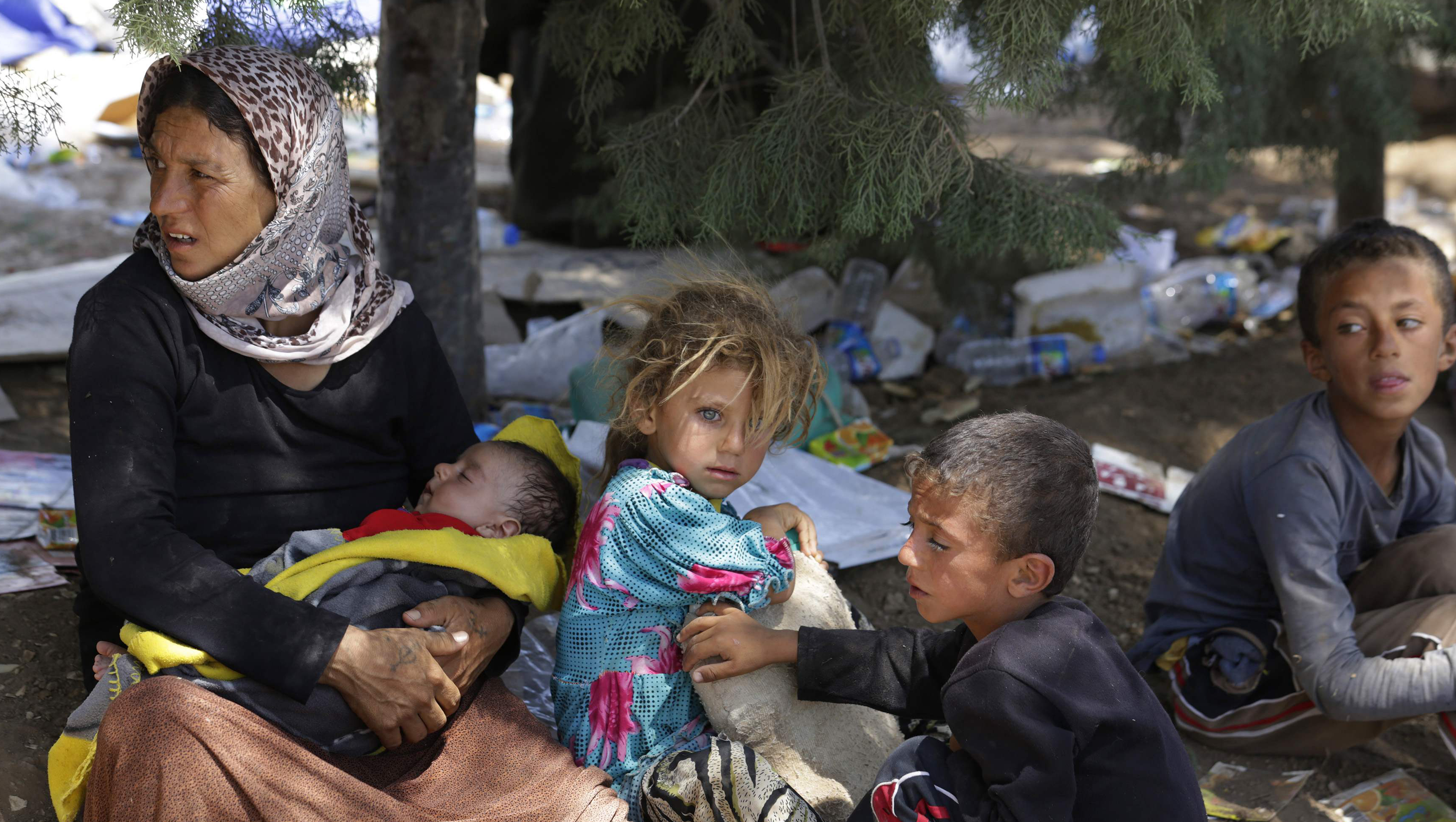 An American team flew to Iraq's Mount Sinjar on Wednesday to consider possible ways to rescue stranded refugees, but the Pentagon said later it was "far less likely" that the U.S. would try to evacuate the refugees.

Defense Secretary Chuck Hagel told reporters fewer refugees are stranded on the mountaintop than previously thought and that it's far less likely that the U.S. will undertake a rescue mission there.

Hagel said a U.S. team that flew to Mount Sinjar Wednesday morning also found the refugees were in better condition after receiving food and water drops from U.S. planes.

The reconnaissance mission came after President Barack Obama asked his military advisers to prepare options for evacuating the group of trapped religious minorities who had fled to the mountaintop to escape attacks by the Islamic State of Iraq and Syria, also known as ISIS.

Obama had asked the military to come up with options to rescue the Yazidi refugees, members of a religious minority targeted by ISIS, that would not put U.S. personnel into a combat mission.

CBS News National Security Correspondent David Martin reported that a team of about 20 U.S. Green Berets flew to Mount Sinjar in Black Hawk helicopters during the early hours of Wednesday morning to conduct reconnaissance for a possible rescue mission. They left at at 11 p.m. Iraqi time on Wednesday.

U.S. officials said the team had determined there were several thousand refugees on the mountaintop, instead of the tens of thousands reported there last week.

"The team has assessed that there are far fewer Yazidis on Mount Sinjar than previously feared, in part because of the success of humanitarian air drops, airstrikes on (ISIS) targets, the efforts of the Peshmerga (Kurdish fighters) and the ability of thousands of Yazidis to evacuate from the mountain each night over the last several days," Kirby said in a statement.

CBS News has learned that there were less than 5,000 Yazidis left on the mountain as of Wednesday.

"The Yazidis who remain are in better condition than previously believed and continue to have access to the food and water that we have dropped. Based on this assessment the interagency has determined that an evacuation mission is far less likely," he said.

The administration announced Tuesday that it was sending an additional 130 military personnel into northern Iraq to assess the scope of the ongoing humanitarian mission and develop new options.

Deputy National Security Adviser Ben Rhodes (the brother of CBS News President David Rhodes) told reporters earlier Wednesday that the president "is open to recommendations in which the United States is helping to facilitate the removal of these people from the mountain on a humanitarian mission."

Rhodes would not rule out the possibility of sending additional U.S. forces to Iraq to assist with the effort, but said no troops would be sent in for the purpose of combat.

The U.S. military continues to conduct airstrikes against ISIS to help the Kurdish forces fighting there. A strike conducted Tuesday destroyed an ISIS armed vehicle west of the village of Sinjar, which is located in the vicinity of one of the militant group's checkpoints. All U.S. aircraft exited the area safely.

Rhodes also said any plans for humanitarian assistance could rely not only on Kurdish and Iraqi forces, which are already battling ISIS, but also international partners including Britain, who are helping with humanitarian aid or have offered to.

The U.S. has deployed 864 troops to Iraq over the past two months to provide security assistance and assessments, humanitarian aid and embassy security. Another 100 troops are there full time as part of the normal embassy presence.