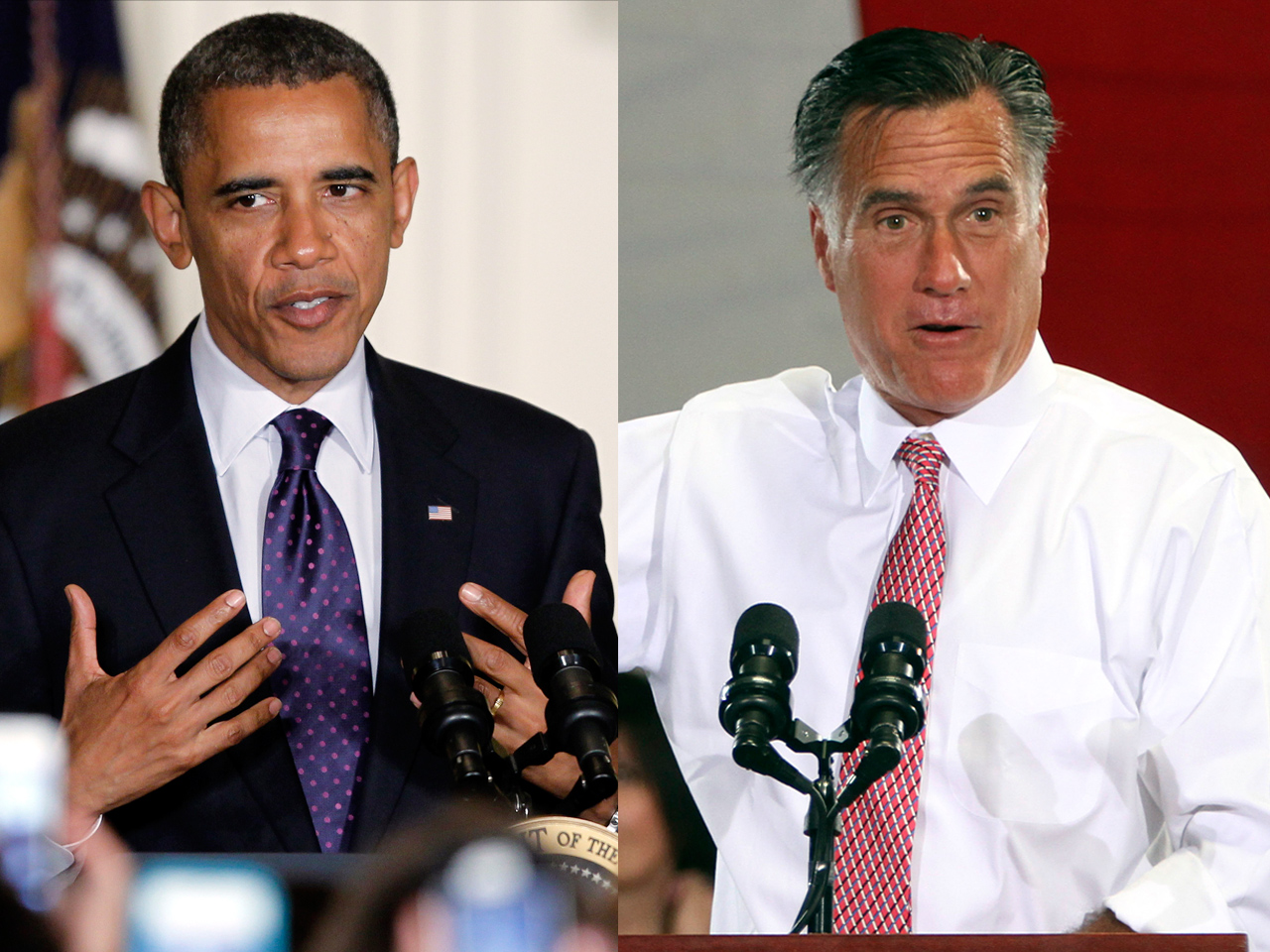 Romney says his experience at Bain proves he has a thorough understanding of the private sector and job creation. However, President Obama has a different take - that Romney's leadership at Bain shows he is concerned with profits over people.

The Obama campaign told Hotsheet it plans "on talking about it everyday" between now and the election. The Romney campaign said it is "going to continue to focus on the tens of thousands of jobs he helped to create."

In this election-year climate where jobs and the economy are the number one issue on the minds of Americans, voters are tasked with deciding whose approach to economic policy will best benefit them. Romney's experience at Bain is being deconstructed and rebuilt by the campaigns in the way each wants it to be portrayed. The Obama campaign is building up Bain as a roach-infested slum that will be bad for your health (and wallet) while the Romney campaign is constructing Bain into a luxury skyscraper few can resist.

At a campaign rally in Iowa last week, President Obama told a crowd at the Iowa State Fair Grounds that Romney's experience at Bain matters because it shaped Romney's "world view."

Romney and his surrogates have repeatedly said he helped to create up to 120,000 jobs. In a recent interview with a Hot Air host Ed Morrissey, he said "we were able to help create over 100,000 jobs." He points to Bain-invested companies Staples and The Sports Authority, which created 89,000 and 15,000 jobs respectively.

On CBS News' "Face the Nation" on Sunday, senior Romney campaign adviser Ed Gillespie, the former head of the Republican National Committee (RNC) had a different take on Romney's success at Bain. He said that "eighty percent of the companies he invested in grew. And that means that jobs were created."

However, political fact checkers have questioned those claims. As for Romney saying he helped to create more than 100,000 jobs, FactCheck.org says "determining who gets credit for how many jobs is challenging, to say the least," in part because Bain was not the only investor.

The Washington Post's fact-checker Glenn Kessler gave Gillespie's statement "Three Pinnochios," saying the Romney campaign "should stop using" because it "appears rather dubious" because the "statistic takes no account of whether the business ultimately failed."

Meanwhile, the Obama campaign has charged Bain and Romney with eliminating jobs. The campaign and its supporters released two ads highlighting GS Industries and SCM Office Supplies, two companies that laid off workers after Bain took over.

Factcheck.org said the Obama campaign is "lemon-picking" Bain Capital, choosing the failing companies and ignoring the successful ones. The Washington Post's fact check gives the Obama campaign "One Pinochhio" because it is "taken out of context from Bain's overall record" and because it's not "entirely clear" the role Romney played in these two companies.

In politics, especially on the issue of Bain, statistics are thrown around as facts and as the fact-checkers noted, as easy as it is to misconstrue the facts, it's just as difficult to determine the truth.

One truth is that Bain is primarily a private equity firm, not a venture capital firm, though it does have a venture capital arm. While private equity technically means a company that is privately owned, it is mostly used as shorthand for firms that buy other mature firms using a combination of cash and debt that used to be known as leveraged buyout until the industry wanted a public relations makeover. Venture capital, on the other hand, is the practice of investing cash, not debt, in early-stage companies to help them grow.

And the successes that Romney touts most frequently, Staples and Sports Authority, were venture capital investments. Venture capital typically invests cash in the companies but does not take an active management role.

As Romney himself said in his book about the Salt Lake City Olympics, "I never actually ran one of our investments; that was left to management."

And that is where the debate over how many jobs he created comes in. It has been widely noted that Romney's role was not to create jobs but to make money.

Staples founder Tom Stemberg, a Romney supporter, told Bloomberg TV that "the role of private equity as fiduciaries is certainly to make money." Stemberg added that Romney "helped grow some companies, which not unlike Staples have made major contributions to society in the form of saving people money."

As for the details of Romney's role, the campaigns are filling in their own narrative.

Lis Smith with the Obama campaign was presented with Romney's statement that "he never actually ran one of our investments," and she said he can't take credit for job creation claims that "he can't substantiate." She said, "The central claim he's making is that he was a job creator. That job claim is false." Smith said. "His job was about wealth creation and not job creation."

However, when Smith was asked if he can be blamed for jobs lost at Bain, she said he can. "We know he did have a role. He was the CEO of his companies. We know that he personally profited both while he was at Bain and while he left. He can't distance himself from these deals. He played a significant role in them."

Meanwhile, the Romney campaign also says Romney's experience at Bain matters. Spokesperson Ryan Williams told Hotsheet, "When you spend your life in the private sector watching how businesses work, watching how job creators add to their work force and become larger more successful companies is a sharp contrast to someone who has spent their entire career in the public sector."

When facts like the number of jobs lost or created appear unquantifiable, and whether Romney played a significant role - or any role - in those actions, one thing's for certain, both sides will attempt to define the issue in their best interest. And when an issue is able to be constructed, sculpted and molded into the shape most pleasing to the eyes of the beholder, Bain is certain to remain a key component to both campaigns.