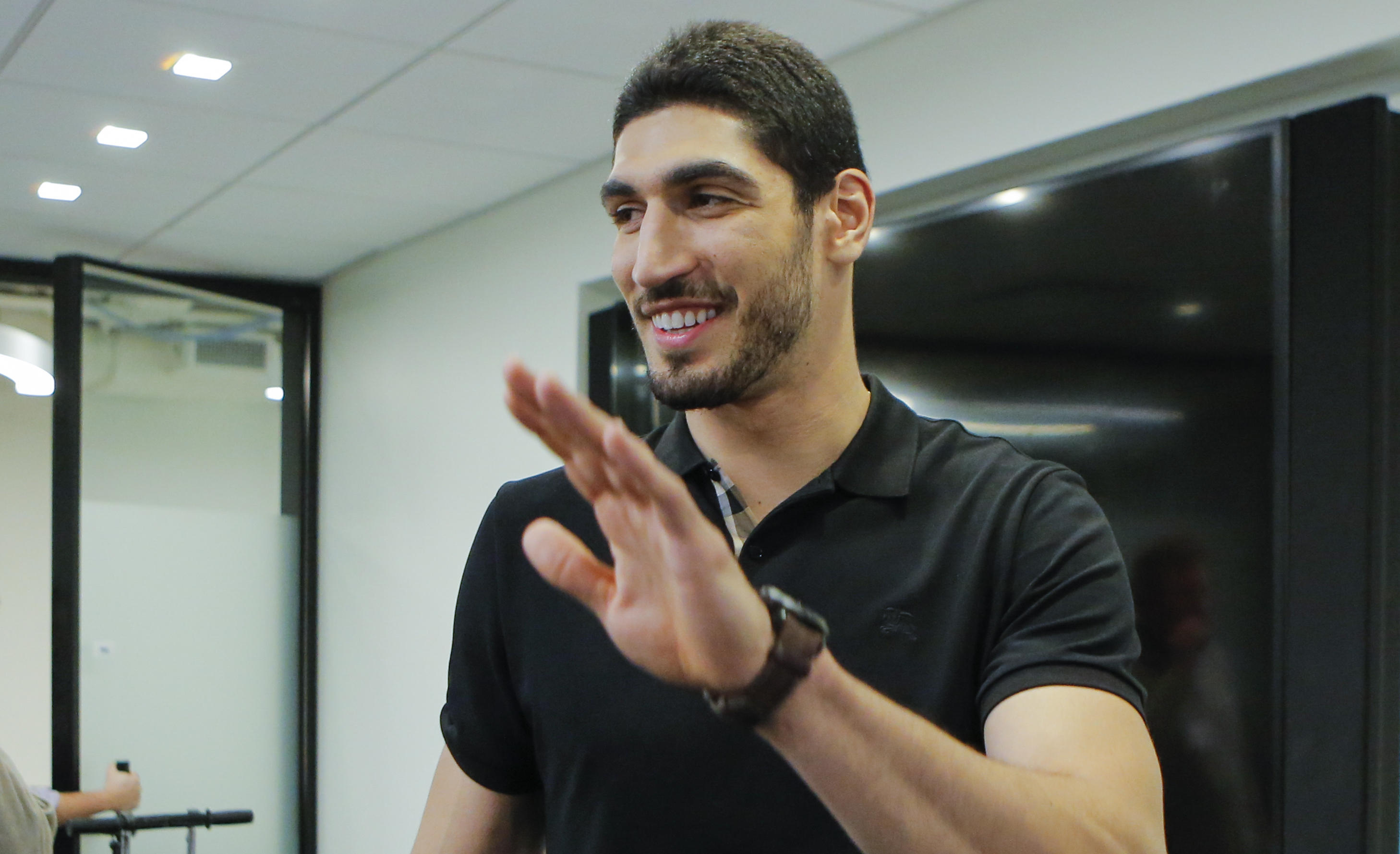 Anadolu Agency says an indictment prepared by the Istanbul chief prosecutor's office accuses the New York Knicks player of insulting the president in a series of tweets he posted in May and June 2016.

Kanter, who is in the United States, would be tried in absentia.

The player is a vocal supporter of Fethullah Gulen, the U.S.-based cleric blamed by Turkey for last year's failed military coup.

Kanter was detained in Romania on May 20 because his Turkish passport was canceled. He said he was able to return to the United States after American officials intervened.

Two days after he made it home, Kanter told "CBS This Morning" that he believed Erdogan was using the coup attempt as an excuse to crack down, and that, "he wants to be a one-man show… The victims are the innocent people. That's why he was trying to blame them because they were speaking the truth."

Kanter said he believed he is one of Erdogan's targets because he has been an outspoken critic -- so much so, Kanter has been disowned by his own family.

"Of course, it's tough," he said. "But I stand by what I believe. I want to be the voice for those innocent people. And I believe what I'm doing is right."

"Do you think your life is in danger? That your family is in danger?" asked "CBS This Morning" co-host Gayle King.

While he said he hoped to one day return to Turkey, he didn't see it happening any time soon.