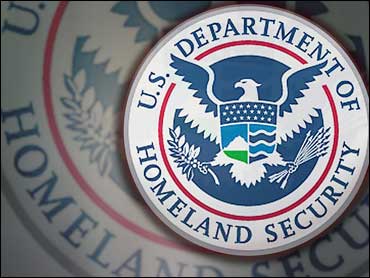 The Transportation Security Administration defended on Sunday the actions of its airport security officers at a northwest Florida airport after the agency came under criticism for requiring a 95-year-old woman to remove her adult diaper during a pat down.

The incident took place June 18 at Northwest Florida Regional Airport near Pensacola, Fla., while Jean Weber of Destin, Fla., escorted her mother, who suffers from leukemia, to Michigan to live with family members before moving into an assisted living facility, CNN reports.

"She had a blood transfusion the week before, just to bolster up her strength for this travel," Weber told CNN.

Weber didn't identify her mother to the cable news network.

While going through the airport's security checkpoint, a TSA officer performed a pat down on Weber's mother, Weber told CNN. After an officer felt something "suspicious" on her leg, Weber's mother was taken into a private room for further inspection. The officer then told Weber that her mother's Depend undergarment was soiled and prevented a complete pat down from being done. The officer asked for it to be removed, which Weber did in a restroom.

"It's something I couldn't imagine happening on American soil," Weber told the Panama City News-Herald Friday. "Here is my mother, 95 years old, 105 pounds, barely able to stand, and then this."

Weber told CNN her mother worked as a nurse for 65 years and "was very calm" during the inspection.

Weber told the News-Herald that she filed a complaint with the Department of Homeland Security soon after the incident. She talked with a department employee June 22, who told her that the security officers followed their procedures during the search. The TSA released a statement Sunday to CNN:

"While every person and item must be screened before entering the secure boarding area, TSA works with passengers to resolve security alarms in a respectful and sensitive manner," the federal agency said. "We have reviewed the circumstances involving this screening and determined that our officers acted professionally and according to proper procedure."

Earlier, Sari Koshetz, a spokeswoman for the Transportation Security Administration in Miami, told the News-Herald there was a reason why security procedures were the same for everyone.

"TSA cannot exempt any group from screening because we know from intelligence that there are terrorists out there that would then exploit that vulnerability," Koshetz told the newspaper.

The incident involving Weber's mother is the latest in a string of stories about TSA's security procedures.

The most notable among recent events was an intense pat down April 5 of a 6-year-old girl at Louis Armstrong New Orleans International Airport. After the incident made headlines, TSA chief John Pistole told a congressional committee that procedures were changed so young children would be re-screened before the possibility of undergoing a pat down.

Pat downs were introduced at airport security checkpoints after the attempted Christmas Day bombing of an airliner over Detroit in 2009.