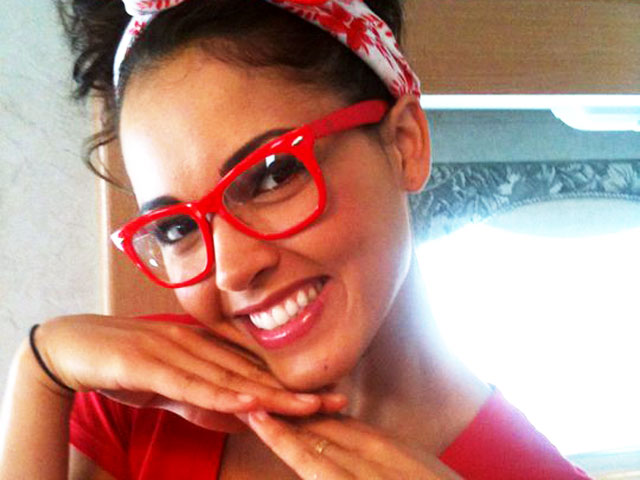 Castillo, who was crowned in 2003, representing Massachusetts, was in tears after she was searched while preparing to fly home to Los Angeles on April 21.

"What bothered me most was when she ran the back of her hands down my behind, felt around my breasts, and even came in contact with my vagina!" Castillo wrote on her website.

She did a video minutes later and posted it on YouTube, claiming she felt "molested."

The beauty queen turned actress says she decided against doing the body scanner over concerns about exposure to radiation.

"I felt completely helpless and violated during the entire process (in fact, I still do), so I became extremely upset," she wrote on her website.

Castillo later complained and was given a TSA comment card.

TSA spokesman Luis Casanova says the screener was questioned and did the pat down correctly. Casanova apologized for any discomfort to Castillo.