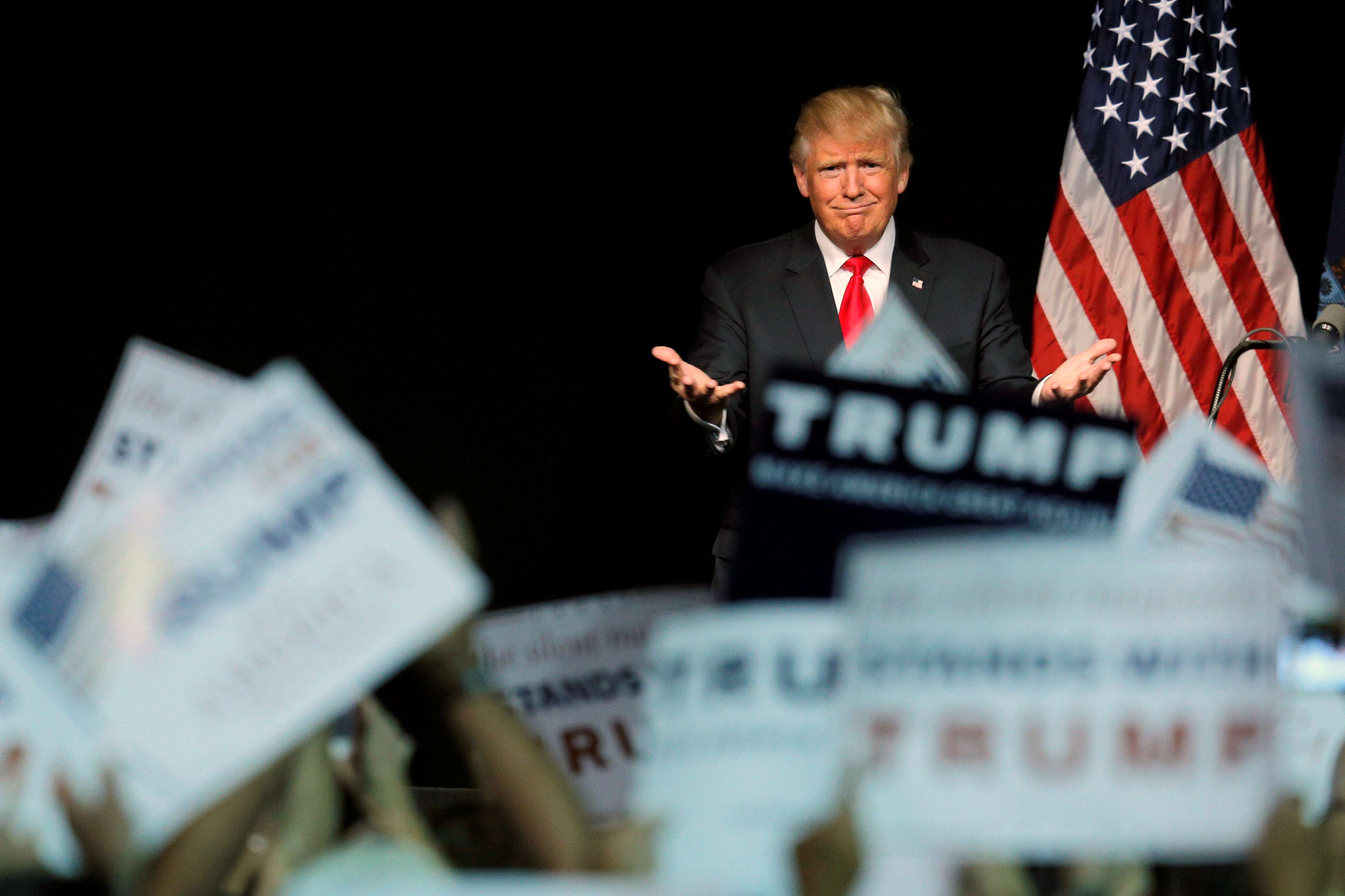 Presumptive GOP nominee Donald Trump has already come under fire for his controversial Saturday tweet that included a six-pointed Star of David -- and now it appears the image he used first originated on a message board frequented by neo-Nazis and white supremacists.

Trump sent his tweet Saturday morning, saying "Crooked Hillary makes history." It appeared to be photoshopped from multiple places, including a graphic from a Fox News poll and scattered hundred-dollar bills. Next to Hillary Clinton, there is a red, six-pointed Star of David -- the primary symbol of Judaism -- that reads, "Most Corrupt Candidate Ever!"

The tweet has since been deleted, with a red circle replacing the Star of David in one of Trump's subsequent tweets:

According to the news site Mic, the image of Clinton with the Star of David showed up in /pol/, an online message board for neo-Nazis and white supremacists, as early as June 22. That's more than a week before Trump sent his tweet featuring the image. (The thread where the image appeared no longer exists, but can be viewed as it originally appeared using an archive website.)

A watermark on the image, as it was posted on the message board, features a Twitter handle which frequently tweets out racist memes and anti-Democratic tweets. That watermark was not included in the image Trump tweeted out: instead, that space was covered up by a Fox News poll graphic.

Trump's campaign has not yet commented on the image.