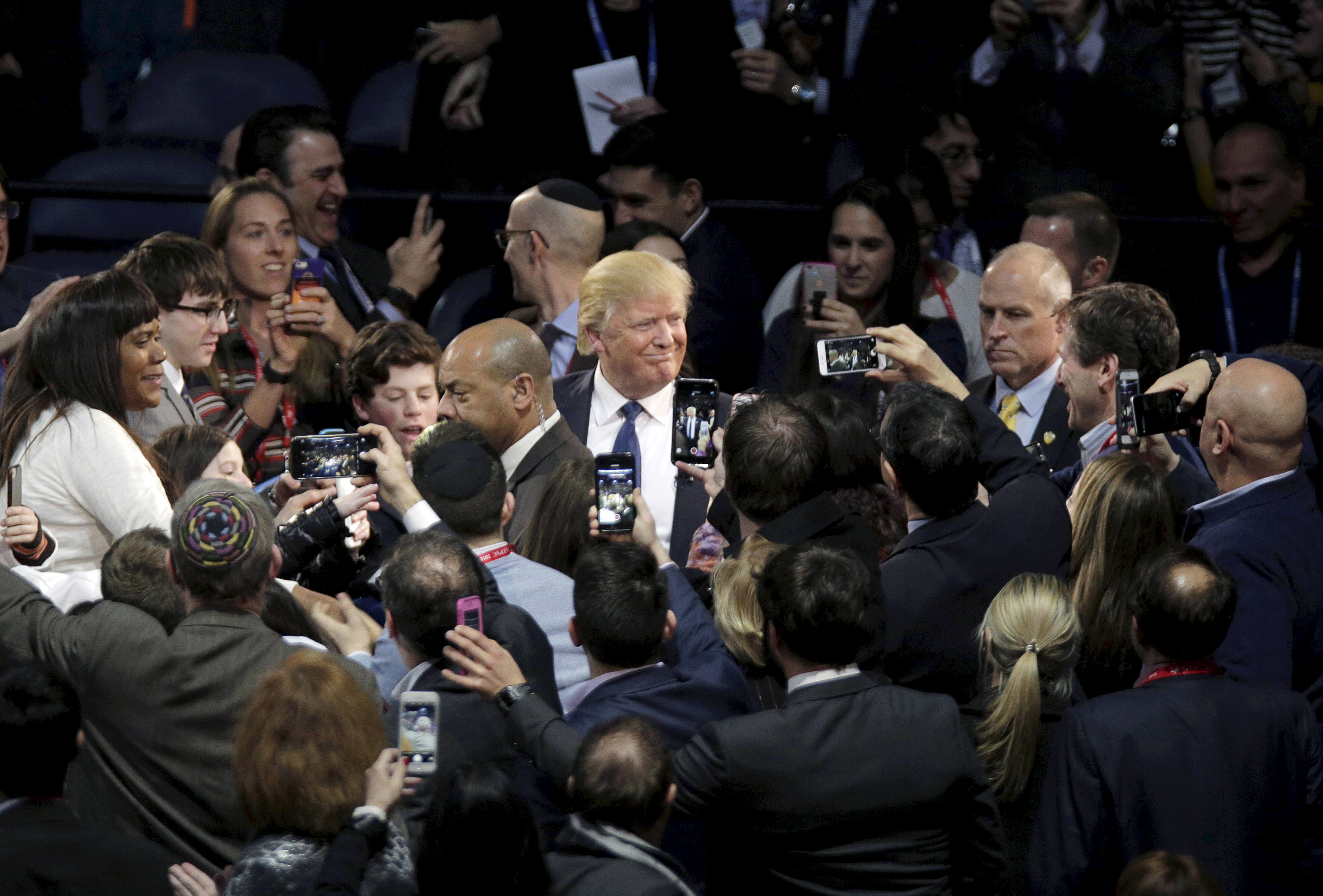 The graphic appears to be photoshopped from several different elements, including a Fox News poll that found 58 percent of voters believed Clinton to be "corrupt." It's juxtaposed against a photo of Clinton and a riff off her own campaign statement about making history as the first presumptive female nominee of a major party.

Next to Clinton is a red six-pointed Star of David with text reading "Most Corrupt Candidate Ever!" Hundred-dollar bills are scattered in the photo behind her.

It raised the eyebrows of more than a few Twitter users.

A Clinton campaign staffer and an economic policy adviser also weighed in:

Trump later tweeted an amended version of the graphic, nearly two hours after the Twitter firestorm began. The latest version uses a red circle in place of the Star of David:

Trump, for his part, has fought accusations of anti-Semitism and racism before.

In a March speech to AIPAC, the largest pro-Israel lobby in the United States, Trump proclaimed his love for Jewish people and Israel.

"I love the people in this room," Trump told AIPAC attendees. "I love Israel. I've been with Israel so long in terms of - I've received some of my greatest honors from Israel. My father before me. Incredible. My daughter Ivanka, is about to have a beautiful Jewish baby. In fact, it could be happening right now, which would be very nice as far as I'm concerned."