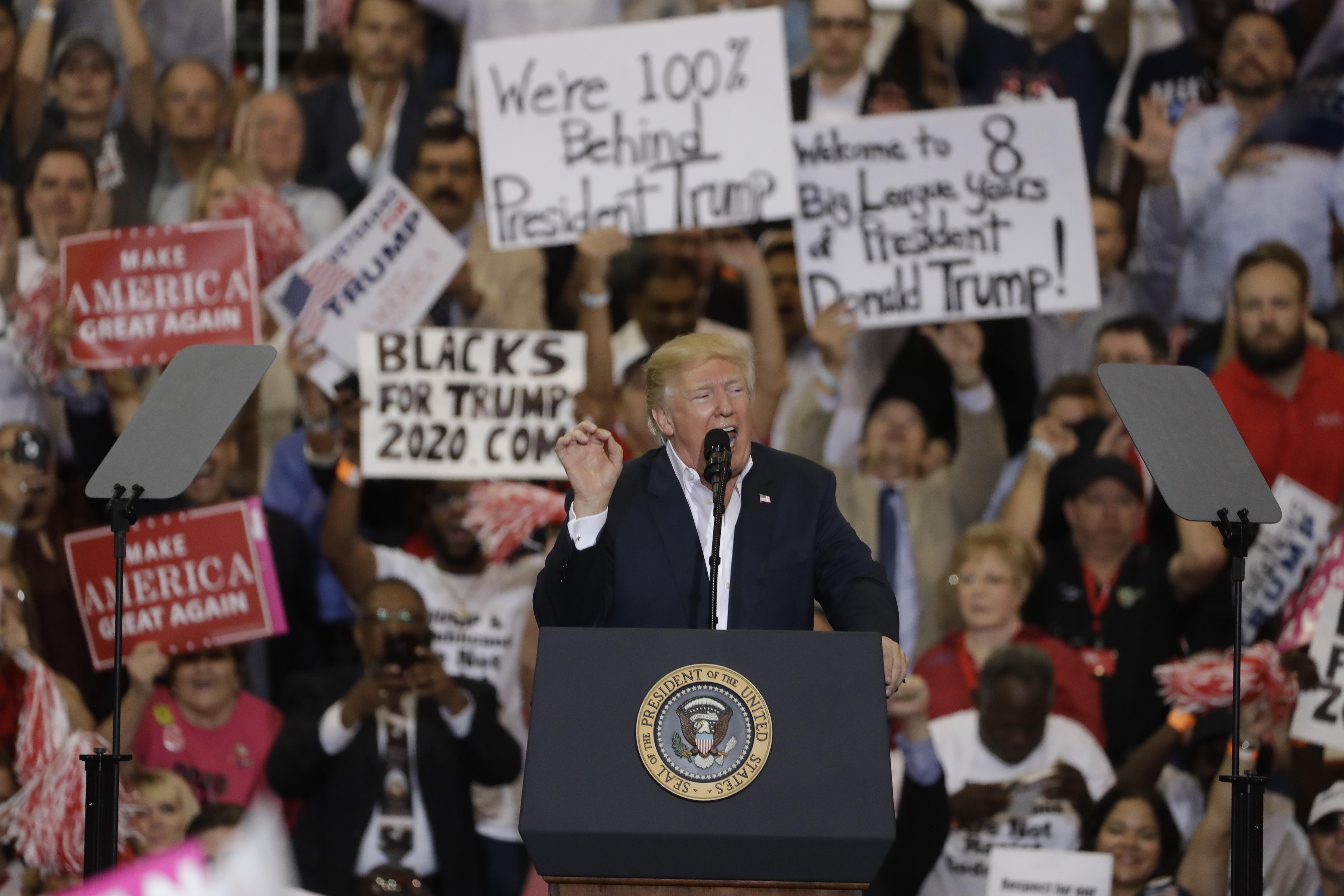 After his “look what’s happening last night in Sweden” remark at his Florida rally, the president issued his second tweet on the topic Monday morning.

During a rally in Florida on Saturday, Mr. Trump said “look what’s happening last night in Sweden” as he alluded to past terror attacks in Europe.

It wasn’t clear what he was referring to and there were no high-profile attacks reported in Sweden on Friday night. One tabloid pointed out that the night before, events in Sweden included one man being treated for burns, an avalanche warning and a drunk driver.

Swedes also voiced voiced some confusion about the implication by the president that a major incident had happened in their country. There had been no change in the threat level. Former Swedish Foreign Minister Carl Bildt tweeted, “Sweden? Terror attack? What has he been smoking? Questions abound.” Bildt also pointed out that, compared to many American cities, Sweden is quite peaceful.

Mr. Trump attempted to clarify his remarks in a tweet Sunday:

That story appeared to be an interview segment that had aired on Fox News’ “Tucker Carlson Tonight” about filmmaker Ami Horowitz’s documentary on immigration in Sweden. Horowitz has accused the Swedish government of covering up a surge in gun violence and rape committed by migrants.

Meanwhile, Mr. Trump’s original statement is still being mocked. One Twitter user said, “After the terrible events #lastnightinSweden, IKEA have sold out of this” and posted a fake Ikea instruction manual on how to build a “Border Wall.”

Sweden, which has a long reputation for welcoming refugees and migrants, had a record 163,000 asylum applications in 2015. The country has since cut back on the number it annually accepts.

Its most recent attack linked to extremism happened in the capital, Stockholm, in December 2010. An Iraqi-born Swede detonated two explosive devices, including one that killed him but no one else.

At the rally, Mr. Trump told his followers to look at what was happening in Germany, where a truck attack at a Berlin Christmas market killed 12 people. He also mentioned Paris, Brussels and Nice, in apparent reference to the terror attacks there.

The president didn’t specify what was supposed to have happened in Sweden, simply saying “Sweden, who would believe this, Sweden.”

After his tweet, Bildt told Swedish Radio of his concern about some of the things Mr. Trump says.

“If we are in a situation where there is tension in the world, we stand between war and peace,” he said. “If we then have a president who spreads lots of false rumors, it can be truly dangerous.”