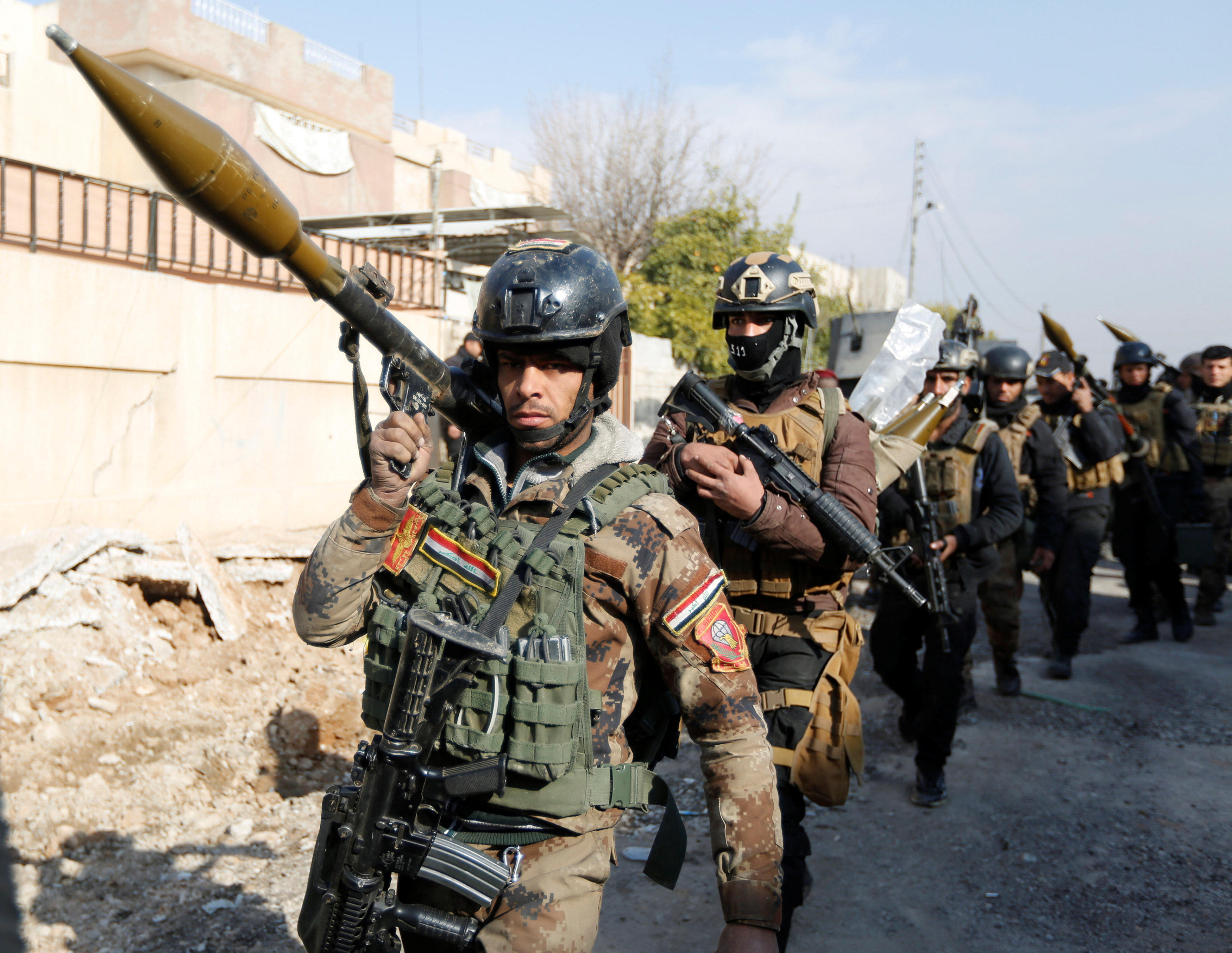 WASHINGTON -- American diplomats in four majority-Muslim nations have sent cables this week to the State Department warning that U.S. allies fear jihadists will use President Trump’s temporary travel ban on people from seven nations, and all refugees, as a propaganda tool, and that Western installations in the Middle East could face retaliation.

The cables, seen Monday by CBS News, came over the course of just 24 hours from diplomats in Qatar, Sudan, the United Arab Emirates and Indonesia. Of those nations, only Sudan is among the seven from which travelers are now barred entry to the United States under President Trump’s executive order. All four are political allies and partners with the U.S. on security matters.

In each cable, the characterizations of the reactions to the ban from the public, press and social media were the same: outrage and condemnation.

The cable from Qatar included warnings that the executive order will fuel ISIS propaganda and undermine the U.S.-led counter-ISIS coalition’s efforts.

“You could not have given our adversaries better propaganda material,” a senior Qatari official told U.S. diplomats, adding that the travel ban would be “front-page material” for ISIS’ online propaganda magazines. He predicted that jihadists would use the ban to try and shore up recruitment, just as ISIS numbers are showing real signs of decline. “The timing of this has given the group a lifeline.”

Those concerns were echoed Monday by former CIA deputy director Mike Morell, who told CBS News he believed the Executive Order, “is going to make the threat worse. It is going to make us less safe.”

“It’s playing right into the ISIS narrative. ISIS has not said anything about this yet, but people around ISIS, who amplify its message, are talking about it, and they are saying, ‘See? We told you, this is a war against Islam.’ So this is going to be a recruitment boon for ISIS,” Morell said.

A Senior Qatari military official said, according to the cable from that country viewed by CBS News, that ISIS could exploit tensions between Iraqis and U.S. military personnel in the ongoing operation to liberate Iraq’s second-largest city, Mosul, from the terror group.

“Coalition support, particularly the on-the-ground presence of U.S. forces, could be in jeopardy,” said the Qatari military official.

CBS News has spoken to people with first-hand knowledge of the operation in question -- Iraqi military commanders on the ground -- who have lamented Mr. Trump’s travel ban and expressed concerns that it may complicate the vital cooperation between U.S. and Iraqi forces.

Gen. Talib al Kenani commands the elite, American-trained counter-terrorism forces that have led the fight against ISIS for two years.

“There are many American troops here in Iraq,” he told CBS News at his fortified compound in Baghdad. “After this ban, how are we supposed to deal with each other?”

Al Kenani believes the “ban needs to be reviewed… We thought we were partners with our American friends, and now we realize that we’re just considered terrorists.”

An official from Qatar’s Ministry of Foreign Affairs told American diplomats the travel ban could embolden jihadists groups to strike at Western targets or key U.S. partners – including his own country.

“This ban is like a target on the backs of all Muslim U.S. allies in the region,” the official said.

There was also concern that the Executive Order could bolster Iran’s role in the Middle East. According to the senior Qatari military official: “Qatar’s military establishment is concerned that the move could embolden Iranian activity in Iraq and further increase sectarian tensions in an unstable region.”

Sudan -- which is included in the temporary ban along with Iran, Iraq, Libya, Somalia, Syria and Yemen -- “expressed frustration” that the order came despite U.S.-Sudanese cooperation on counterterrorism.

The U.S. Charge d’affaires was summoned to the Foreign Ministry in Khartoum for an explanation. U.S. officials were asked, “what Sudan had done to merit such treatment,” as there was confusion as to why the country had been included in the list of seven.

The general population in Sudan, according to the cable sent to Washington, sees the travel ban as “an affront to their national pride.”

A Sudanese opposition leader “warned against taking steps seen by the Muslim population to be extremist as Muslim extremists would use it to their advantage.”

With sanctions on Sudan lifted just before President Obama left office, the government “expressed concern that the timing of the ban coincided with a time when Sudanese businesspeople needed to travel to the U.S. to build new relationships.”

According to the cable from the U.S. Embassy in the United Arab Emirates (UAE), the public there has been vocal in its denouncement of the ban, labelling it “Islamophobic,” and voicing concerns they could be added to the list.

In the cable from Indonesia, diplomats said government officials expressed their “deep disappointment” with the ban, while the largest circulation newspaper called it “discriminatory” and “racist,” and warned the move could spark acts of “revenge” by other countries.