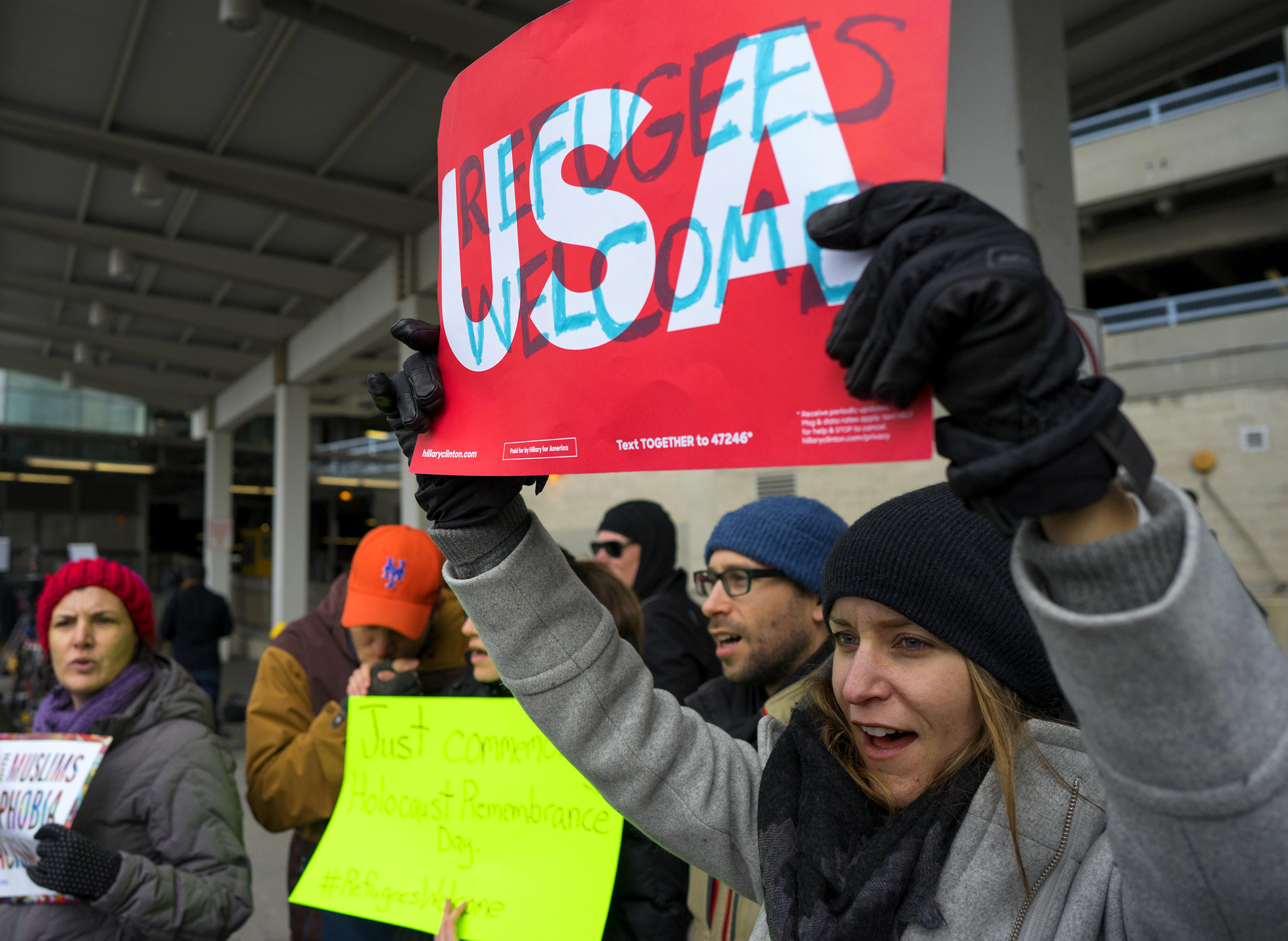 .In a memo that started circulating over the weekend, some foreign service officers are repudiating President Donald Trump’s executive order that temporarily bans many immigrants and new arrivals from entering the U.S. for a limited amount of time.

In the memo, titled “Alternatives to Closing Doors in Order to Secure Our Borders,” the author, a midlevel officer in the State Department’s consular bureau, argues that the current immigration embargo strains American values. It also lays out the negative impacts the author feels the ban will have on U.S. foreign policy and “counterproductive” influence it will have on counterterrorism efforts.

The memo specifically points to the “near-absence” of terror attacks committed by those in the 7 banned countries: Syria, Iraq, Iran, Libya, Somalia, Sudan and Yemen.

White House press secretary Sean Spicer criticized the memo on Monday. “I think they should get with the program or they can go,” he said of the “career bureaucrats” who circulated it.

On the whole, the hundreds of signatories endorse the notion that the ban will sour U.S. relations with the countries that have been shut out. Furthermore, they agree that it will devastate US relations with Muslim countries who see this action as the functional equivalent of banning Muslims. The memo argues that individuals should not be shut out of the US based on their religion, race, sex or national origin.

“We are better than this ban,” reads one section of the memo. “The United States is a nation of immigrants, starting from its very origins. The concept that immigrants and foreigners are welcome is an essential element of our society, our government, and our foreign policy.”

Former diplomats agree with the sentiments of the memo.

“I support the idea of speaking out. I think a lot of people in the State Department will support this because there were huge problems in implementation,” explains James Jeffrey, the former US Ambassador to Iraq. He also points out that the order is destructive to US relations with Iraq, a US ally, because it is lodged into the same bucket with 5 failed states and Iran.

“I cannot emphasize how stupid this is,” says Jeffrey, citing the need to maintain a positive US-Iraqi relationship in order to accomplish US missions in the Middle East.

Some foreign service officers who have signed on are happy that the memo is getting attention and they hoping that it will gain more traction. But at this point it is unclear exactly how many have actually signed the memo. Responses and edits are being sent directly to the drafter.

The memo will likely flow through the dissent channel which is an official outlet for State Department officials to express critical views on current foreign policy.  It is mandated that those using the channel will not be subjected to disciplinary action.

The channel was created in the 1960s during the Vietnam War. Since then, over 200 dissent messages have been disseminated via the channel. Most recently, group of more than 50 officials used the dissent channel to express frustration regarding inaction in Syria. The dissenters met with Secretary Kerry, although no policy change resulted from that message.

The State Department is aware of the current memo.

“The Dissent Channel is a longstanding official vehicle for State Department employees to convey alternative views and perspectives on policy issues. This is an important process that the Acting Secretary, and the Department as a whole, value and respect. It allows State employees to express divergent policy views candidly and privately to senior leadership,” say Mark Toner, Acting Spokesperson at the State Department.

The memo suggests strengthening the interagency approach to fighting terror and diverting attacks. The writer also acknowledges that the visa process can be made more secure. Yet citing immigration restrictions in the 1920s and the 1960s, the memo harps on historical lessons to further demonstrate why the signatories feel the ban is so destructive. It also references restrictions put on Japanese-Americans in the 1940s.

“Decades from now, we will look back and realize we made the same mistakes our predecessors: shutting borders in a knee-jerk reaction instead of setting up systems of checks that protect our interests and our values,” the memo says.