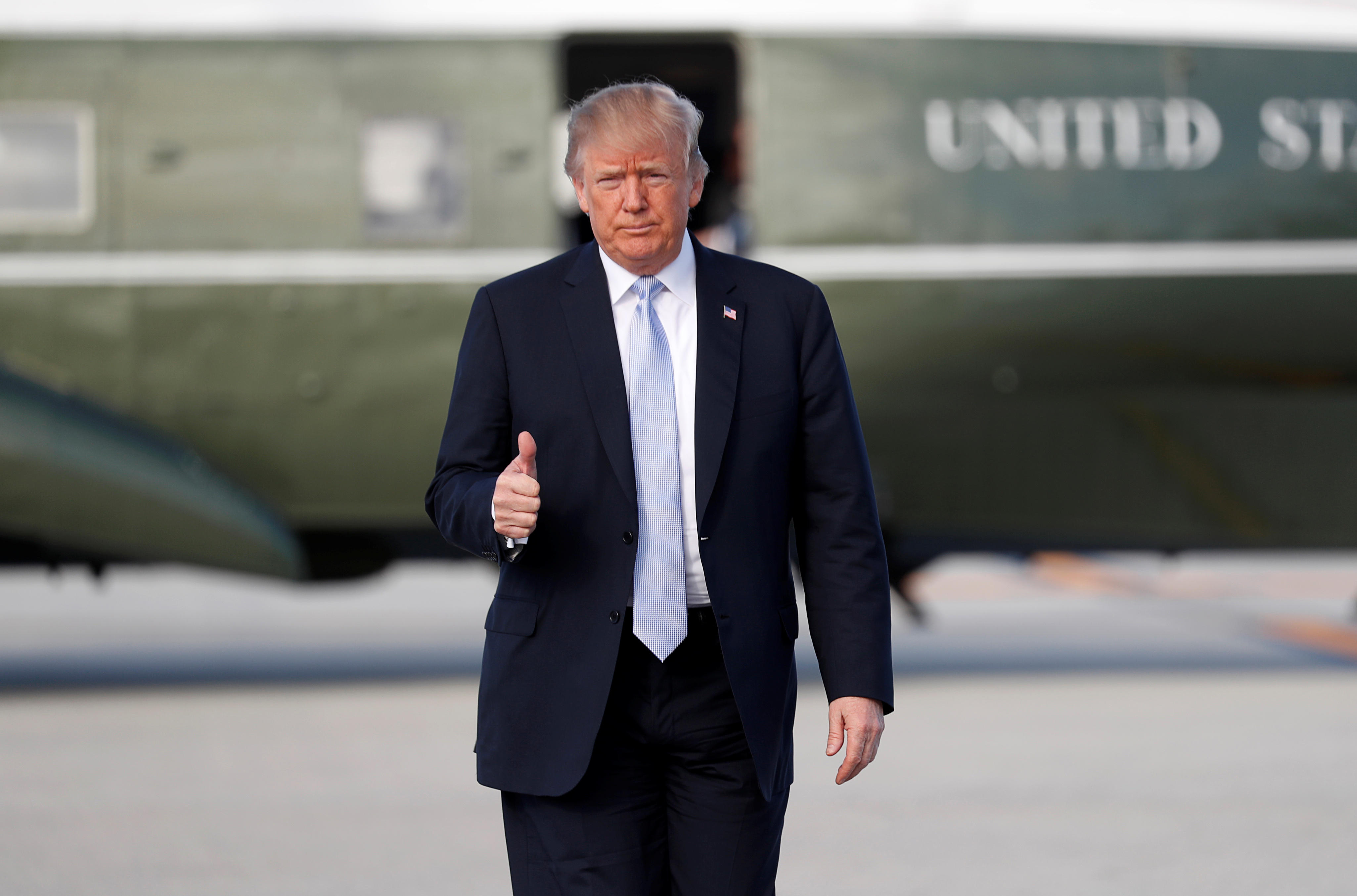 President Trump weighed in on the Pennsylvania special election on Wednesday, telling donors at a private fundraiser in Missouri that Democrat Conor Lamb defeated Republican Rick Saccone in the House race because he ran "like Trump."  According to audio of the remarks obtained by The Atlantic, Mr. Trump said Lamb had run a "pretty smart race" and "sounds like a Republican."

"The young man last night that ran, he said, 'Oh, I'm like Trump. Second Amendment, everything. I love the tax cuts, everything.' He ran on that basis," Mr. Trump said. "He ran on a campaign that said very nice things about me. I said, 'Is he a Republican? He sounds like a Republican to me.'

House Speaker Paul Ryan and Republican leadership used that same talking point when addressing the election with reporters at their weekly press conference on Wednesday. Ryan told reporters that no matter who eventually wins, the candidate is going to be a conservative.

Mr. Trump, meanwhile, applauded Lamb's tactic of appealing to conservative voters in the state's 18th congressional district -- an area the president won by nearly 20 points in the 2016 election. It was his first time commenting on the race, seen as yet another blow to the Republican's control of the House.

The president questioned, however, if Lamb would stick to his conservative values when voting on House floor.

"The bottom line is when he votes, he's going to vote with Nancy Pelosi. And he's gonna vote with Schumer," Mr. Trump said. "And that's what's gonna happen, and there's nothing he can do about it. So it doesn't matter what he feels, it doesn't matter."

Despite the loss, Mr. Trump took credit for giving Saccone a boost after visiting he state to lend his support to the campaign at a rally in Moon Township on Saturday. "We had an interesting time because we lifted [Saccone] seven points up. That's a lot," Mr. Trump said. Noting the razor-thin margin of votes that still separate Lamb and Saccone, he added, "But we'll see how it all comes out. It's like, virtually a tie."

CBS News has not officially called the race, but Lamb declared victory late Tuesday evening. While there are still some absentee and provisional ballots outstanding, Saccone is not yet conceding the race, even as pundits are saying it would be nearly impossible for him to win.

Adding another twist to the race, the winner will need to run again in a different district in November due to a recent Pennsylvania Supreme Court decision redrawing the map for the state's congressional districts.

Mr. Trump acknlowedged that fact, telling supporters at the event, "It's actually interesting, because it's only a congressman for five months." He said it appeared to be "a lot of work for five months."