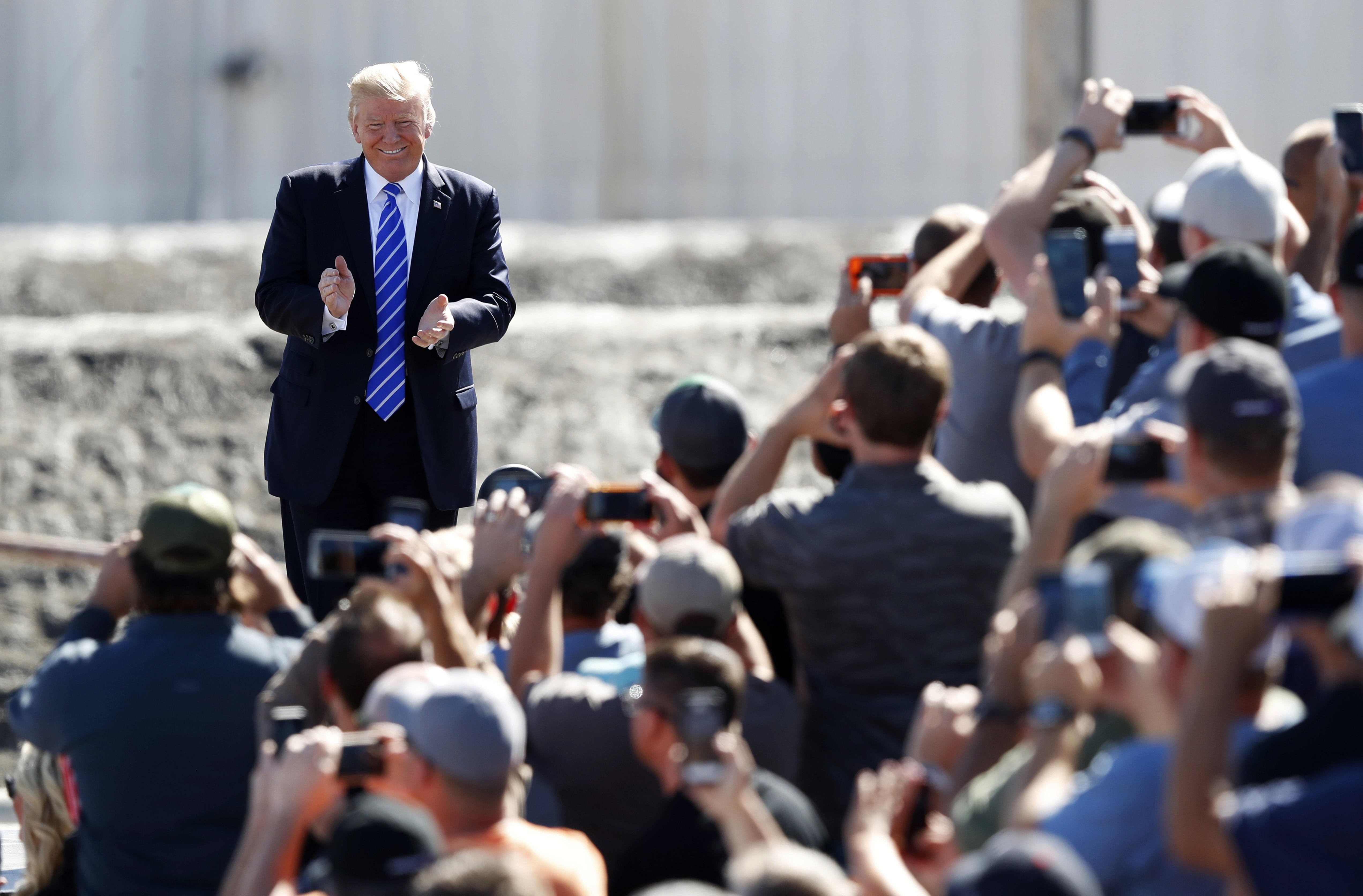 President Trump promised to "restore America's competitive edge" in the global economy by implementing a tax overhaul during a speech Wednesday at Andeavor Refinery in Mandan, North Dakota.

"If the fight is fair, no one on Earth can beat the American worker or the American company," Mr. Trump told the crowd.

Mr. Trump called the tax code a "self-inflicted economic wound" and promised to simplify it while reducing tax burdens on both individuals and corporations. Lowering taxes has been one of the president's oft-stated goals since taking office, and his remarks come just as Congress returns from its August recess.

Echoing a speech he delivered from Springfield, Missouri a week ago, Mr. Trump said tax reform would stimulate the economy and create jobs, allowing the U.S. to "re-establish our economic dominance" in relation to other countries. Just as he did in his "tax reform kickoff event" in Missouri, the president broadly outlined the central goals of his administration's tax reform efforts.

Mr. Trump reasserted his claim that United States companies are forced to "park trillions of dollars overseas" due to high corporate tax rates. In his remarks, he said that he hopes to lower taxes on businesses "as much as possible," ideally getting the rate down from 35 percent to 15 percent.

The United States has the highest corporate tax rate of any nation in the developed world, although companies take tax deductions that lower their effective tax rates. Mr. Trump has touted this as the reason many American companies outsource their business operations overseas, taking away both money and jobs from the U.S. economy. The president has labeled this phenomenon the "offshoring model" and hopes to move to the "American model" through the implementation of his tax overhaul plans.

"It is our time to invest in our country," Mr. Trump said.

The president also assured the audience that he will deregulate businesses by "getting rid of red tape." He specifically cited the Environmental Protection Agency (EPA) and said that his administration is working on "refocusing the EPA" away from environmental regulations that impede corporate practices.

While promising to work with "both parties" on his tax overhaul goals, he preemptively called out Democrats who may oppose tax reform proposals in Congress, telling them "do your job, deliver for America, or do something else."

Mr. Trump's trip to North Dakota marked his first visit to the state, which he won by 36 points in the general election, since his inauguration.

Live updates of Trump's speech below:

"If the fight is fair, no one on Earth can beat the American worker or the American company," Mr. Trump said, promoting the "America first" ideology.

He then thanked the crowd and the North Dakota leadership present at his remarks before exiting the stage.

"Do your job, deliver for America, or do something else," Mr. Trump said addressing potential Democratic opposition to tax reform from members of Congress.

Trump: U.S. should have "territorial" economy

Mr. Trump said that he hopes to move from a global economic system to one more centrally focused on the United States economy. This falls in line with his hope to move to the "American model" and away from the "offshore model."

"It is our time to invest in our country," Mr. Trump said.

The president outlined his plan for tax reform:

Mr. Trump said that tax reform is necessary in order for the United States to "re-establish our economic dominance." He then promised tax reform that will be "pro-growth, pro-jobs, pro-worker, pro-family and pro-American."

Calling the U.S. tax system a "self-inflicted economic wound," Mr. Trump said that he hopes to simplify the tax code.

"People are starting businesses that they had no idea they were going to start," the president said.

"America is back and it's back right on track"

The president claimed African American unemployment rates are at "all time lows" and said that manufacturers are more "optimistic" about the future of their companies in the United States.

Mr. Trump said that his administration will refocus the EPA's goals on "clean air and clean water" and away from environmental regulations that restrict business development and practices.

The president then criticized the Paris Climate Accord, which the United States withdrew from under Mr. Trump's leadership earlier this year.

"We love this state so it's always a pleasure to be back here," Ivanka Trump said. Mr. Trump's daughter also serves a as a White House adviser to her father.

Trump promises to "get rid of red tape"

As part of his tax reform goals, Mr. Trump also promised to deregulate business practices and "get rid of red tape," particularly surrounding energy industries like Andeavor refinery where he is delivering his speech.

Promising both tax cuts and tax reform, the president said that he hopes to stimulate the economy, create jobs for Americans and "restore America's competitive edge."

"Our hearts are heavy with sadness"

"Together we will recover and we will rebuild," Mr. Trump said.

Trump committed to working with "both parties" on tax reform

The president acknowledged his meeting with both Democratic and Republican congressional leaders Wednesday morning and said that he's willing to work with "both parties" on his tax overhaul goals.

"This is tremendous, this is truly a tremendous state," Mr. Trump said, beginning his remarks.

"We're finally getting the government out of the way so that you can do your jobs," he said, setting the tone of the speech.

The president will begin his tax reform remarks at Andeavor Refinery shortly after a slight delay.