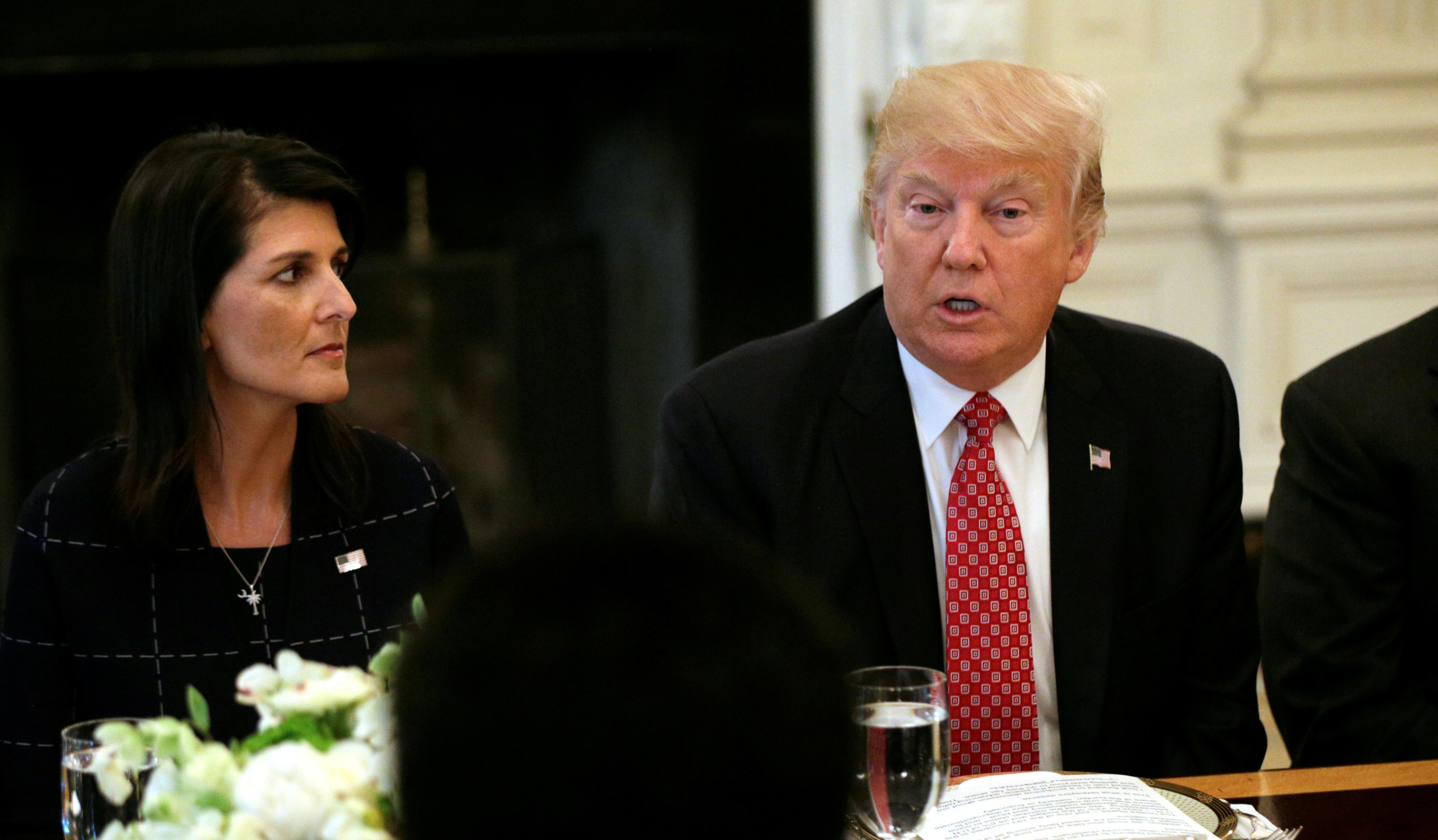 President Trump said Monday that the U.N. Security Council should be ready to take further action against North Korea over its military provocations.

“The status quo in North Korea is also unacceptable and the council must be prepared to impose additional and stronger sanctions on North Korean nuclear and ballistic missile programs,” Mr. Trump said Monday, during a working lunch with all the members of the U.N. Security Council.

“This is a real threat to the world, whether we want to talk about it or not. North Korea is a big world problem, and it’s a problem that we have to finally solve,” he told reporters.

During the meeting, Mr. Trump also berated the Security Council for its inaction against Syria after the chemical attack in northern Syria earlier this month, believed to have been carried out by the Assad regime.

“On Syria, the Council failed again this month to respond to Syria’s use of chemical weapons,” the president said. “ A great disappointment; I was very disappointed by that.”

He also criticized the international body as an “underperformer” but noted the U.N.’s “tremendous potential” to get things done under a Trump presidency.

Among those in attendance at the White House meeting was Mr. Trump’s U.N. Ambassador, Nikki Haley, who Mr. Trump noted “felt strongly” about taking on issues like the ongoing crisis in Syria and North Korea.

While Mr. Trump said it was a “great, tremendous honor” to host the U.N. ambassadors, the president took the meeting as an opportunity to look ahead, saying that “big reforms” were needed in order for the U.N. to play an effective role.

The costs at the U.N. are “out of control,” the president complained -- but he told ambassadors, “If we do a great job, I care much less about the budget, because you’re talking about peanuts compared to the important work you’re doing.”

Mr. Trump said the U.S. unfairly shoulders a disproportionate share of the U.N. budget -- 22 percent -- as well as “almost 30 percent of the United Nations peacekeeping,” which he said was unfair to the United States and its taxpayers. He called on members states to eliminate “inefficiency and bloat” and to do “their fair share.”

While much of the meeting focused on the problems the Trump administration sees with the peacekeeping body, Mr. Trump promised the U.N. would be more instrumental in solving conflicts under his presidency.