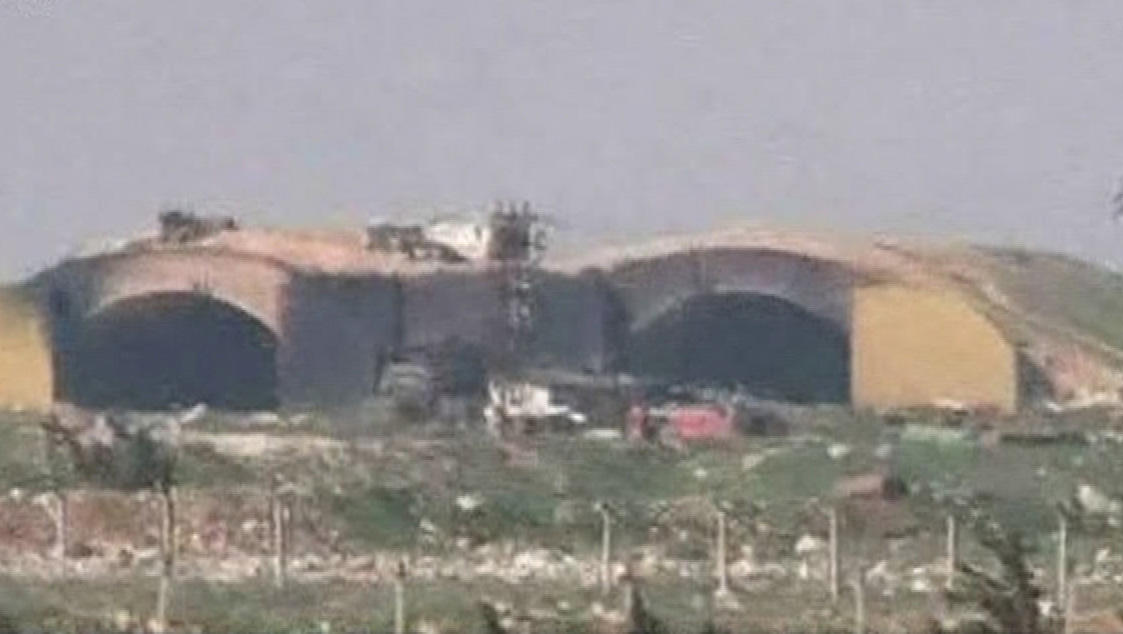 The U.S. missile strike on a Syrian air base was widely welcomed as a response to this week’s chemical weapons attack, but condemned by Syria’s government and its allies Russia and Iran, which said the move would complicate efforts to fight terrorism.

The following is a sample of the reactions from the international community, the parties to Syria’s six-year-old civil war and victims of the chemical attack.

As the chief protector of President Bashar Assad’s regime, Russia’s response to the U.S. military action in Syria may prove more important than any other nation’s.

“The actions taken today by the U.S.A. further destroy Russian-American relations,” Russia’s Foreign Ministry said Friday morning, just days before U.S. Secretary of State Rex Tillerson is due to visit Moscow, where the Syria war will be just one of the areas of friction between the two countries.

“The U.S. opted for a show of force, for military action against a country fighting international terrorism without taking the trouble to get the facts straight,” the Foreign Ministry said in a statement.

On a practical level, Moscow announced Friday that it was suspending “cooperation with the Pentagon aimed at the implementation” of an agreement reached in 2015 to avoid dangerous contacts between the two nations’ militaries as they backed opposite sides in a complicated war.

It was not immediately clear whether the decision to suspend “implementation” of that agreement meant Russian commanders would cease to use the so-called “de-confliction” phone hotline set up between U.S. and Russian field commanders.

The communications channel is operated by the U.S. military at an airbase in Qatar. It serves as a real-time link to try and avoid collisions or accidental attacks involving U.S. and Russian aircraft in the crowded Syrian sky.

Russia said later Friday that it would also help the Syrian military bolster its air defenses in response to the attack on Shayrat.

“To protect the most sensitive facilities of the Syrian infrastructure, a set of measures will be taken in the immediate future to reinforce and raise the effectiveness of the Syrian armed forces’ air defense system,” Defense Ministry spokesman Major-General Igor Konashenkov said.

There were reports later that a Russian warship was sailing to the Mediterranean and expected to dock at the Russian base in Tartus, on Syria’s coast.

Iran, Assad’s only other major foreign backer, also condemned the U.S. strike on Shayrat, saying the “unilateral action is dangerous, destructive and violates the principles of international law.”

Iran is one of the biggest supporters of Assad. Its hard-line paramilitary Revolutionary Guard is deeply involved in the war, as is the Iranian-backed Shiite Muslim militia Hezbollah. America’s Sunni Arab allies in the Gulf view Syria as a proxy conflict between it and Shiite power Iran.

Foreign Ministry spokesman Bahram Ghasemi described Iran as “the biggest victim of chemical weapons in recent history,” referencing Iraqi use of the weapons during its 1980s war with the Islamic Republic. He said Iran condemned the missile launch “regardless of the perpetrators and the victims.”

The reaction from most other corners of the globe to the U.S. strike ranged from guarded caution, to praise.

In a written statement Friday, the ministry said steps to ensure that war crimes do not go unpunished and are held accountable “will have Turkey’s full support.”

Presidential spokesman Ibrahim Kalin also called the strike “an important step,” according to Turkey’s state-run Anadolu news agency. Kalin repeated Turkey’s calls for a no-fly zone and safe zone in Syria so that “similar massacres do not happen again.”

Turkey has been an invaluable but sometimes difficult U.S. ally in the campaign against ISIS in Syria and Iraq for years. While the U.S. and Turkey have never agreed on the reliance upon Kurdish militias to fight ISIS, both Washington and Ankara have supported rebel groups in the Syrian war, and both are foes of Assad.

Israel’s president said the U.S. strike on Syria was an “appropriate response” to the “unthinkable brutality” of the chemical attacks in Syria this week.

On his official Twitter account, Prime Minister Benjamin Netanyahu lauded Mr. Trump for ordering the attack, saying it sent “a strong and clear message” not just to Assad, but to other countries that Israel and the U.S. see as posing threats.

Reuven Rivlin said Friday the U.S. “serves as an example to the entire free world” to support steps to end atrocities in Syria.

Israel has repeatedly warned against “game-changing” weapons reaching Hezbollah in Lebanon from Syria, which along with Iran supports the militant group. It has carried out a number of airstrikes on suspected weapon convoys en route to Hezbollah.

The leaders of Germany and France said Syrian President Assad brought the American missile strikes upon himself by using chemical weapons.

German Chancellor Angela Merkel and French President Francois Hollande said in a joint statement Friday after talking on the phone that “President Assad alone carries responsibility for these developments” with his “repeated use of chemical weapons and his crimes against his own people.”

The two leaders said their countries would continue to work with United Nations partners in “efforts to hold President Assad responsible for his criminal acts.”

They called upon the international community to “join forces for a political transition in Syria” in accordance with the U.N. resolution.

The British government says it was informed in advance about U.S. missile strikes on the Syrian airbase, and firmly supports the American action.

Prime Minister Theresa May’s office said the action was “an appropriate response to the barbaric chemical weapons attack launched by the Syrian regime, and is intended to deter further attacks.”

Defense Secretary Michael Fallon said British officials have “been in close contact with the American government over the last couple of days,” and that Defense Secretary James Mattis informed him late Thursday that the U.S. planned to take military action in response to the chemical attack in Syria.

Fallon said Britain, part of an international coalition against ISIS in Syria, had not been asked to participate in the action.

“The American defence secretary Jim Mattis consulted me early yesterday evening about our assessment of the regime’s culpability for the chemical weapons attack and we reviewed the need to understand and to deal with any likely Russian reactions to the attack,” Fallon told the BBC.

Italy said the U.S. strike on the Shayrat airbase was “proportionate” given the “war crimes” committed by the Assad regime in using chemical weapons against its own people.

Italy said the U.S. strikes would serve as a deterrent for any possible future chemical attacks.

Premier Paolo Gentiloni said: “Against war crimes, for which the Bashar Assad regime is responsible, I believe the images of death and suffering that we have seen in recent days after the use of chemical weapons are images that we cannot accept seeing again.”

Italy urged Russia to use its influence with Damascus to enforce a cease-fire, and expressed hope that renewed U.S.-Russia talks could result in a U.N.-guided political transition in Syria. Italy is a close U.S. ally and has participated in U.S.-led military coalitions in Iraq and Afghanistan.

Prime Minister Malcolm Turnbull said Friday that the Australian government, “strongly supports the swift and just response of the United States,” to the chemical attack in Syria.

“This was a calibrated, proportionate and targeted response. It sends a strong message to the Assad regime, and as I said, has been struck at the very airfield from which the chemical attack was delivered,” Turnbull said, adding that while Australia wasn’t involved in the strike, his government was “fully committed as a coalition partner to our ongoing military operations in Iraq and Syria.”