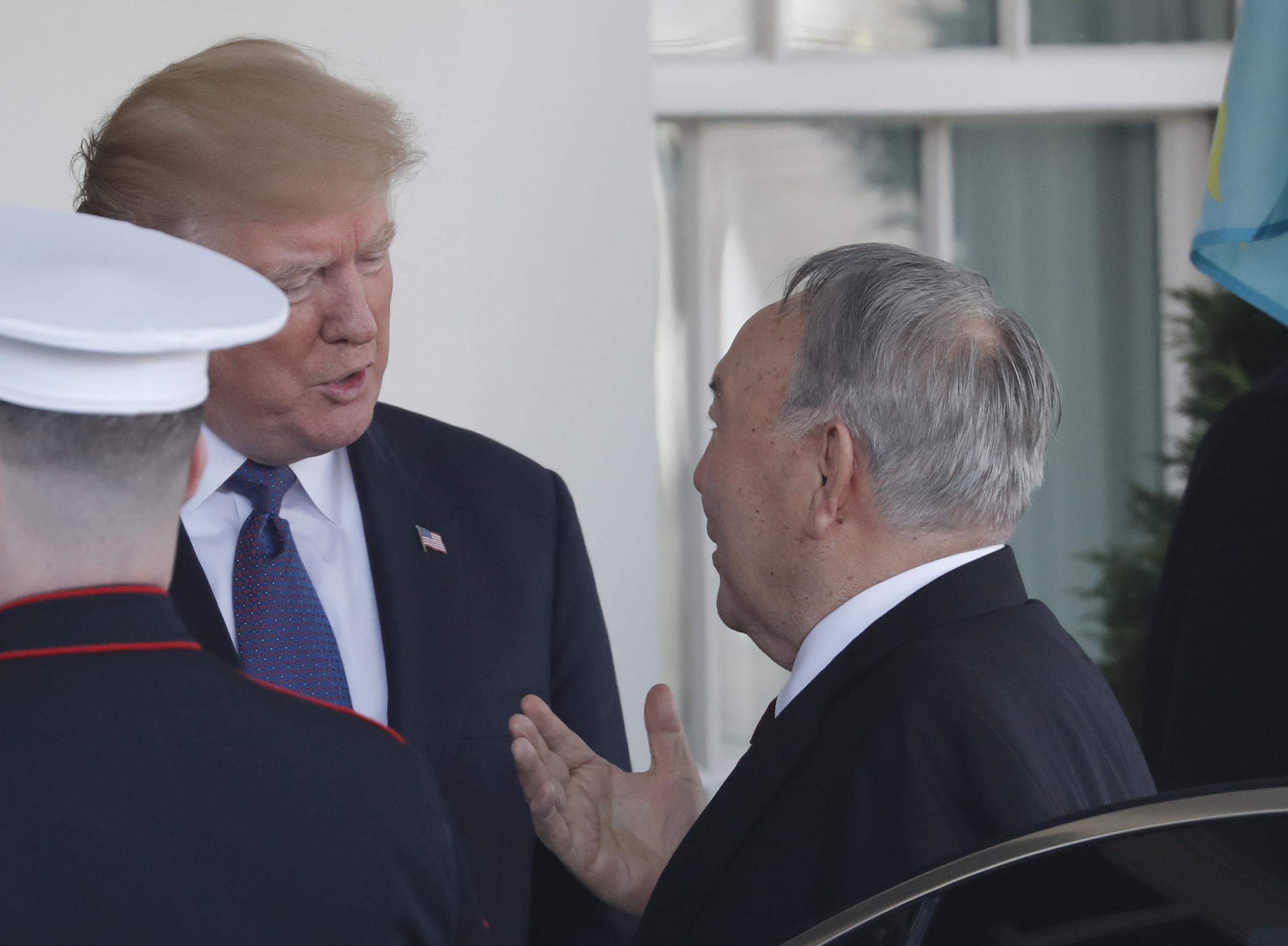 President Trump on Tuesday attempted to refute the description of comments he made about "sh*thole" or "sh*thouse" countries and Norway last week, telling reporters he wants people to "come in from everywhere."

Mr. Trump, seated in the Oval Office with Kazakhstan President Nursultan Nazarbaev, was responding to a reporter's question about whether he said he wants more people to come in from Norway. As CBS News has reported, in an immigration meeting with key members of Congress last week, Mr. Trump asked why the U.S. let in people from "sh*thouse countries," and wondered why the U.S. doesn't let in more people from places like Norway. Asked on Tuesday if he wants more people from Norway, Mr. Trump said he wants people to come from "everywhere."

"I want them to come in from everywhere, everywhere," Mr. Trump said.

The president's comments have driven the news cycle in Washington, D.C., since last week. The president has denied using that precise language, and members of Congress who were in the room have only added to the confusion, with some seeming to recall the comments and others not. National Review editor Rich Lowry said the president didn't use the word sh*thole but rather, sh*thouse.

Department of Homeland Security Secretary Kirstjen Nielsen, who was in the meeting last week and testified before the Senate Judiciary Committee Tuesday, said she did not recall the president saying that phrase. She did recall that he used "tough language."

Regardless of the exact phrase, the comments have sent immigration discussions into disarray, as the House and Senate look to reach a spending deal to avoid a government shutdown by Friday. Mr. Trump and his administration want to restrict immigration, but they would require the cooperation of Democrats to do so through the legislative process.

During Tuesday's Senate Judiciary Committee hearing with Nielsen, Sen. Lindsey Graham, R-South Carolina, said last Tuesday, the country had a president he was proud to golf with, and who wanted immigration reform and border security. By Thursday, something had changed.

"I don't know where that guy went. I want him back," Graham said.