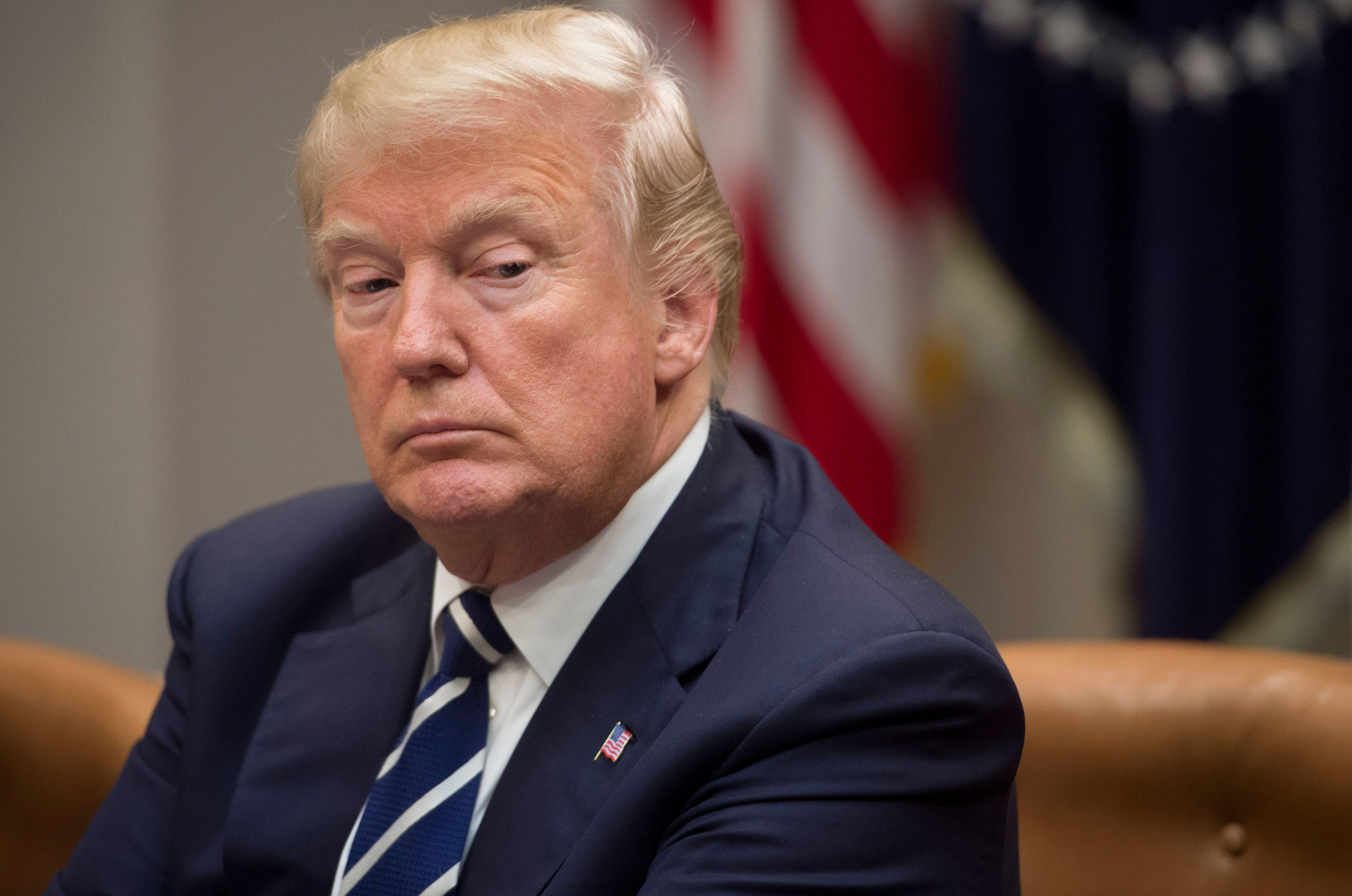 The debate over President Trump's use of vulgar language when discussing immigration appears to be shifting, leaving some to question what exactly the president said in his Oval Office meeting last week. National Review editor Rich Lowry says the president didn't use the word sh*thole but rather, sh*thouse.

"He used a different -- my understanding from the meeting, he used a different, but very closely related vulgarity. He said 's-house,' and not 's-hole.' That's not going to make a difference to anyone. But the general remarks -- yes -- I'd like to have a transcript, because everyone is putting so much weight on this to see exactly what was said in what ways, but the general tenor of the discussion has been reported accurately," Lowry told ABC's This Week with George Stephanopoulos on Sunday.

Neither word has positive connotations, and their meanings are similar. A "sh*thole" is "an extremely dirty, shabby, or otherwise unpleasant place," according to Oxford Dictionaries, while a "sh*thouse" is "a toilet" or "an extremely unpleasant place."  But Washington Post reporter Josh Dawsey reported that this difference is the basis for the recent denials of Sens. Tom Cotton, R-Arkansas, and David Perdue, R-Georgia, that Mr. Trump used "sh*thole" to refer to the countries. Both senators were present at the meeting when the president was said by Sen. Dick Durbin, D-Illinois, to have uttered the phrase.

Sen. Tom Cotton defended the president on CBS' "Face the Nation" on Sunday, saying that what has been reported has "misrepresented" the content and tone of what Mr. Trump said.

"I did not hear derogatory comments about individuals or persons, no," said Cotton, who was in the Oval Office meeting on Thursday, Mr. Trump questioned why the United States would accept more people from "sh*thole countries," according to Durbin. Sen. Lindsey Graham, R-South Carolina, reportedly told others that reports of Mr. Trump's remarks were accurate.

"I didn't hear it, and I was sitting no further away from Donald Trump than Dick Durbin was," Cotton said Sunday. Cotton declined to say definitively that Mr. Trump did not say the word "sh*thole," unlike Perdue, who flatly denied the word had been used on ABC News' "This Week." When asked by host George Stephanopoulos whether he was "saying the president did not use the word that has been so widely reported," Perdue replied, "I'm telling you he did not use that word, George, and I'm telling you it's a gross misrepresentation."

Before their appearances on the Sunday shows, Cotton and Perdue had released a joint statement Friday saying that they "do not recall the President saying those comments specifically," but at the time, they did not issue an outright denial that he had used the phrase "sh*thole countries."

At a point when the conversation in the meeting had turned to the visa lottery system, and African immigrants, Mr. Trump reportedly asked, "Why are we having all these people from sh*thole countries come here?" He also added, "We should bring in more people from places like Norway." Norway's prime minister had just visited the White House last week.

Meanwhile, Lowry, who denounced the president's use of such language, called the reaction to the controversy "hysterical", adding that the inappropriate comment doesn't "shake [Mr. Trump's] base so much."

"Look, I don't think the president should speak this way. If it leaks out, it's obviously going to be gratuitously insulting to a lot of people. But if we're being honest, there are a lot of countries in the world that to use a more polite term, are basket cases," added Lowry.

But Mr. Trump has since denied using the controversial phrase during Thursday's White House meeting. He tweeted Friday that he used "tough" language but "not that language," which was seen as a denial of the "sh*thole" comment.

On Sunday evening he refuted claims that he was racist for using such vulgar language, saying he was "the least racist person you have ever interviewed. That, I can tell you."